The Mysterious Explorations of Jasper Morello

**CURRENTLY OFFLINE** - Adventurous tale of a navigator's journey to save his ailing wife set in a beautiful world of Victorian science-ficiton.
READ REVIEW
Next Previous

The Mysterious Explorations of Jasper Morello 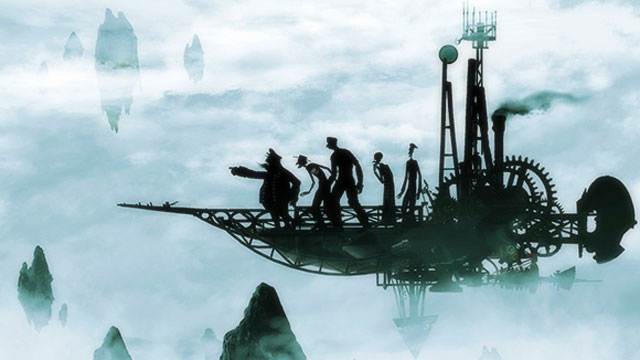 This marvelous sci-fi animation spins a deep, engaging story of adventure and betrayal. Our hero, Jasper—an aerial navigator—is tormented by an accident in his past. A plague has overcome his home city, and so embarks on a journey to mark a new trade route. The cast of characters include a raucous captain, a zany biologist, and the standard ship crew. When the ship is blown off course, the crew finds themselves commandeering an abandoned ship toward an uncharted island. On the overgrown island, Jasper is attacked by a large creature discovered to be a cure for the plague. The journey home becomes every more adventurous as dangers with the new “cargo” arise.

I’ve heard Jasper Morello described as a gothic horror, but there’s certainly a strong connection to science-fiction drawing from the genesis of the genre in the vein of Jules Verne’s Journey to the Center of the Earth and Twenty Thousand Leagues Under the Sea. The sub-genre is a newer category, steampunk, which—for those unfamiliar with the term—is essentially a 19th century vision of the future where steam powers all. The allure is both a nostalgia for the Victorian-age aesthetic and a fascination with mechanics all set in a fantasy world with few limitations.

The unique style of animation is truly something to behold and reminiscent of the oldest surviving animated feature, The Adventures of Prince Achmed (1927). The simplified characters are reduced to silhouettes diverting our attention from the character to the action in the background—intricate workings of steampunk machinery and soft, ethereal skyscapes. Lucas created the characters out of various found materials and shot them in stop-motion—the silhouette effect, he says, was the result of a “happy accident” when a light blew out. The machines and backgrounds were created with the aid of a 3D computer rendering and all was composited together to created a very seamless, very unique combination.

Jasper Morello ran the festival circuit a couple years back until it reached the pinnacle of short film—an Oscar nomination— where I saw it for the first time. It did so well, that Lucas has three more Jasper adventures in the works. If you’ve already seen this film, it’s a great second-viewing. If you haven’t yet seen it, you’re in for a real treat.