Haunting, but humorous piece focusing on a weary inter-dimensional traveler as he struggles with isolation on a remote world he dubs "Oasis"—A Sundance 10/10 film: currently offline
READ REVIEW
Next Previous 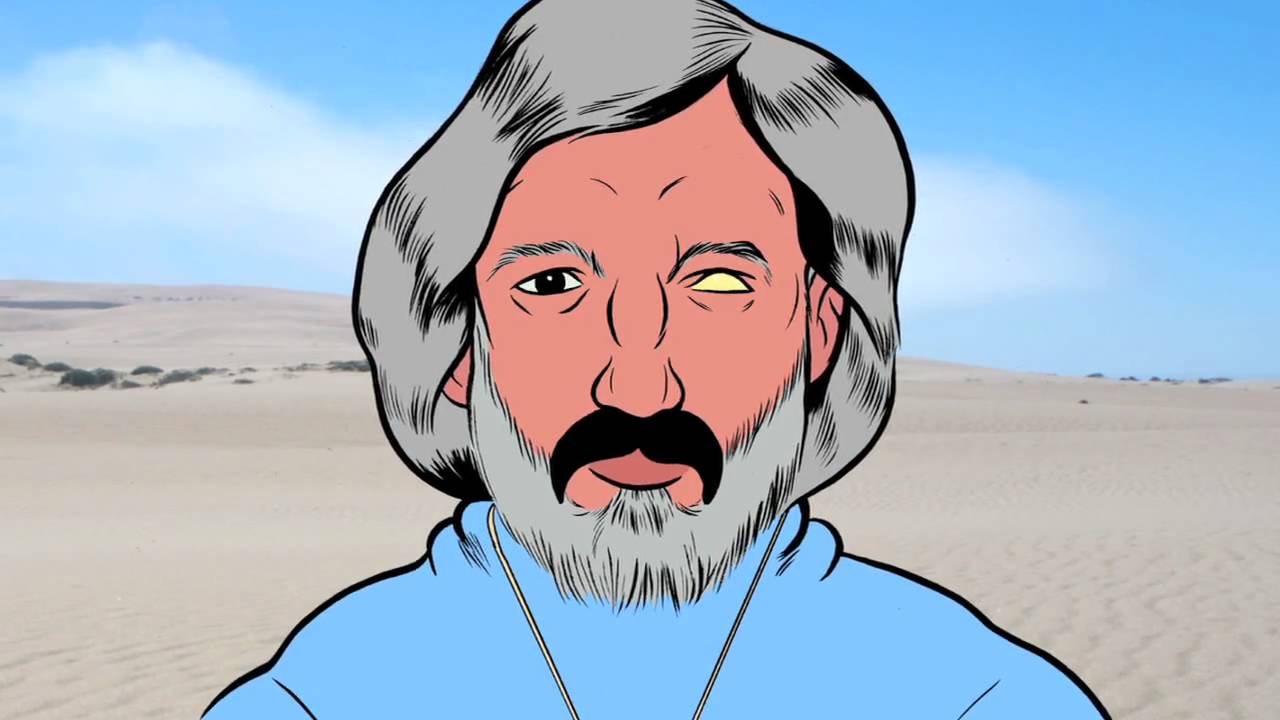 There are two types of sci-fi I particularly enjoy: stories that go overboard into the lofty realm of ideas, and stories that go the opposite route, that look for the dirt of mundane human desire that underlie a fantastical premise.

Carson Mell is not an action director- he specializes in a unique form of non-animated animation, and so it is the latter route which Field Notes from Dimension X: Oasis explores to satisfying effect; focusing on a weary inter-dimensional traveler as he struggles with isolation on a remote world he dubs “Oasis”.

Mell has been on a great run of late, teaming up with Wholphin to release his prior films, The Writer and Bobby Bird: The Devil in Denim, as part of that most excellent collection, and it is this association which lead to his film Chonto, finding a home in the Youtube Screening Room. Viewers who have seen any of these previous films will recognize Mell’s signature style in tact: colorful writing that carries the story, supplemented by inventive, cleanly illustrated images, barely moving against picturesque photo-backgrounds.

This lack of animation doesn’t work for everyone, but the simplicity allows Mell to work on his own, providing the freedom to follow his whims and to focus on his two great strengths as a writer and an illustrator. The illustrations are very cool, especially when he conjures up monsters, sexbots and other items from the imaginarium. The graphic style is well executed, though nothing remarkable to any Fantagraphic fan. His writing on the other hand is extremely interesting, and is surely what has made him a hit with the McSweeney’s set. One gets the feeling that Mell is really a writer who looks to film as a promotional tool. The intertextual synergy of Chonto with Mell’s debut novel Saguaro, a book which fleshes out the legend of Bobby Bird, seems to attest to that.

All in all Mell’s style does not work for everyone, and I myself regard it with some reservation. However Field Notes from Dimension X is his best work to date, and clocking in at under 5 minutes the opportunity cost is low. Therefore I recommend you check it out and decide for yourself if all the fuss is warranted.