Jettison Your Loved Ones

A man serially obsessed with faking his own death, sires a son who destroys most of the world, but this son, along with his wife, (the greatest swordsperson in the world), rise up against the totalitarian regime that's emerges from the wreckage. It sounds like a mess, but its good!
READ REVIEW
Next Previous

Jettison Your Loved Ones 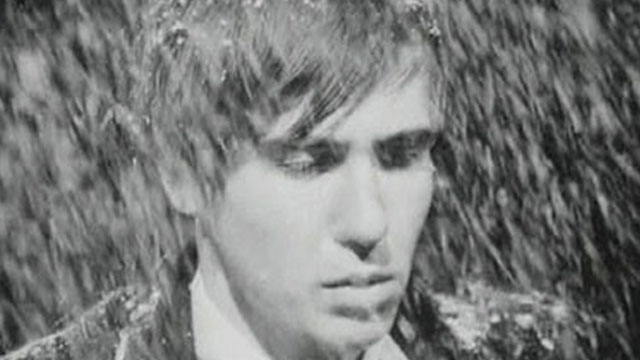 Sheer exuberance. The web is populated with a lot of lo-fi, shoestring budget work, but admittedly few have vision or voice. That does not apply to Jettison your Loved Ones, a student film by young up-and-comer Ray Tintori, which oozes with charming quirk and character.

It is almost detrimental to my cause of getting you to watch this film to try and summarize it, but here it goes: A man serially obsessed with faking his own death sires a son who destroys most of the world, but this son, along with his wife, (the greatest swordsperson in the world), rises up against the totalitarian regime that emerges from the wreckage. It sounds like a mess, but it’s good!

This recommendation is brought to us via the Vulture Entertainment and Culture blog, an online component of New York Magazine. The blog has a few different sections, but I only pay attention to the Vulture Picture Palace, a short film blog that is basically a corporate, legit version of ShortoftheWeek. If you enjoy short films, (and why else would you be here?) it is definitely worth some of your time.

In discussing the film on the Vulture blog, one of the commentators brings up Wes Anderson. This is a more than apt comparison. Wes first got noticed through a B&W short, and his work, like Jettison Your Loved Ones, shares a Po-mo reverence of vintage styles and forms. Moreover, the use of narrative voiceover and the character eccentricities, presented in a manner-of-fact way through vignettes, betrays a young filmmaker in love with Mr. Anderson’s style. (But really, who isn’t? Don’t hate.)

Still, bless Wes, Hipster icon he is, he never gets unhinged like this. He never goes this BIG—crossing that line from improbable to implausible, without batting an eyelash.

Most of all that’s what to admire regarding Jettison Your Loved Ones, is that Tintori is able to tell a story this expansive in the limits of the short film medium. We are used to wordy dialogue with one or two sets when it comes to short film production; a focus on minor human dramas accentuated by ironic twists. But Tintori blazes through an epic with speed. Hokey perhaps, but exhilarating and a lot of fun. If you like it, this film is on a DVD from Indiepix that features the previously reviewed film Spin!