"Literary trailer" for the book by the same name, this short, produced by "Children of Men" director Alfonso Cuarón, mixes archival footage as well nifty motion graphics to dramatize the book's thesis.
READ REVIEW
Next Previous 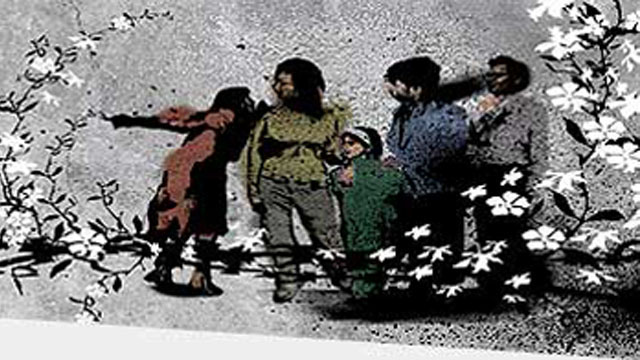 Documentary about Politics in Live-Action
Made In USA

I find this week’s short to be interesting for a myriad of reasons, perhaps the least of which are its controversial politics. Part documentary, half advertisement and in places an artistic short film, with a solid dose of agit-prop thrown in, The Shock Doctrine is a slick piece of media that employs a smorgasbord of filmic and graphic techniques.

Produced by acclaimed film director Alfonso Cuaron (Harry Potter and the Prisoner of Azkaban) and directed by his brother, the films primary raison d’etre is as a companion to/commercial for the book of the same title written by the famous writer/activist Naomi Klein. A decidedly political book, Klein makes the case that free market policies are consciously pushed forward by political leadership during times of crisis in order to capitalize on the population’s collective trauma; allowing the passage of unpopular laws that ordinarily would be rejected.

The film summarizes and dramatizes Klein’s thesis, serving as an effective teaser for the book itself. Short films used as glorified commercials is of course not a new phenomenon, the BMW films probably being the most famous example, but this is the first time I’ve encountered this in the publishing industry. That interesting note aside, there is notable intrinsic value to the film outside this marketing angle. As mentioned before, the film utilizes a wide variety of techniques in order to summarize Klein’s book, but also to establish a narrative that is separate and complementary to her’s as well. Early in the film a stern man’s voice is heard over motion graphic images illustrated to look as though they were from a manual. It’s revealed that the man is reading from the CIA’s manual for interrogation. As the narrator begins to discuss the effect of shock in breaking a detainee’s ability to resist, the motion graphic art provides a visual depiction of several torture techniques that are controversially used in the current War on Terror. Cuaron is thus transposing Klein’s thesis of the debilitating effect of shock on a societal level and applying it on the individual level in an attack on torture. Seeing as how the Bush administration figures prominently in both critiques, the comparison is apt and effective.

It is also propaganda. There is no “fair and balanced” reporting here, this is a film designed to incite and outrage. Yet I’m very pleased to see Alfonso Cuaron involved in a project like this. This fall Hollywood is subjecting us to a bevy of half-baked political dramas, a perfect storm of belated outrage as if in apology for seven years of ignoring the state of the country while enveloped in its narcissistic bubble. Cuaron though made Children of Men, one of the most fiercely political films of recent memory. Here he backs up his politics, and lends his talents to supporting the infrastructure of dissent. Regardless of your feelings on the salient points made in the film and book, it is something to be admired.