BAFTA-winning claymation explores the suffocating atmosphere in a young boy's household, as he and his father must confront their dog's deteriorating condition.
READ REVIEW
Next Previous 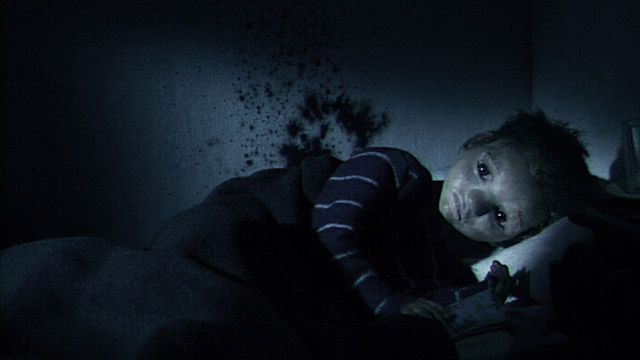 We like stop-motion animation here at ShortoftheWeek. The first two reviews we posted, Game Over and Creature Comforts were both stop-motion (though we’ve inexplicably ignored the form since), but we are not blind to the perceived diminishing of its stature. The dawn of CG brought about a lot of eulogizing on stop-motion animations behalf—the hallowed art of O’Brien and Harryhausen was technologically doomed to become a lost art, or so it was said. To an extent that prognostication can be said to be true; certainly the days of seeing even hints of stop-motion employed in big-budget films like Terminator or Willow are behind us, let alone carrying action films like one of my favorites, Clash of the Titans. The recent remake of King Kong, one of the greatest and most beloved stop-motion films is proof in the pudding, so to speak. But here we are over a decade into the era of full-cg, and stop-motion clings to life stubbornly, dare we say, even vibrantly.

One of the keys for the continued viability and importance of the form is in the new generation of filmmakers making use of it. Suzie Templeton is a new and important practitioner of stop-motion animation and has been notably celebrated for it. This week’s short, Dog, won both a British Animation Award, and the BAFTA for short animation in 2002. Dog is a window into the relationship of a father and son shortly after the unexplained death of the boy’s mother. Grief needs to be worked out on both characters ends, yet is not allowed to breathe. The tension and ambiguity of the characters circumstances suffocates their interactions and comes to a head with the death of the family dog, an event which can be seen as compassionate or a betrayal of trust—and possibly symbolic of something even darker.

Works like Dog, and Templeton’s previous work Stanley, are the true antithesis of the larger than life spectacles originally associated with stop-motion, a necessary departure surely in this computer-driven age of filmmaking. These films are as resolute in their interiority, their exploration of confined spaces, and their decidedly unspectacular characters, as early films were in realizing epic tales of heroes and monsters. Templeton seems to revel in unveiling the mystery and perversion of the actual as much as those previous films did in their joyful creation of the fantastical. Ultimately you are left with something as unsettling as works by Jan Svankmajer or the Brothers Quay, but more so for its seeming ordinariness than its absurdist or macabre nature.

Templeton has recently completed her latest work, a major step in both technique and ambition; a 30min stop-motion adaptation of Prokofiev’s Peter and the Wolf which recently aired on television in Britain. (How cool is that!) If you enjoy Dog, I suggest purchasing it.