Ambient sounds and near-abstract close-ups provide our window into the community rituals of a fourteen year-old girl's birthday to a surprising end.
READ REVIEW
Next Previous 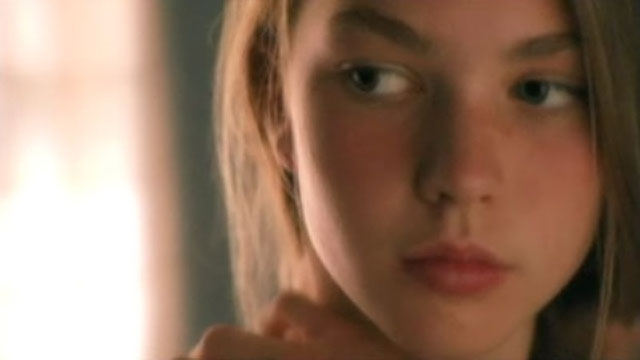 Jason Sondhi
A young girl somewhere in middle America turns 14 and her life is poised for a momentous change. The camera follows her on that fateful morning as she and her family prepare themselves for the new beginning ahead. That description may seem somewhat lacking, but it can be hard to write a blurb for something like Fourteen a film with no dialogue and a twist ending. What is there to say that doesn’t give too much away?

Let me instead attest to its quality rather than its plot. Showcased at numerous film festivals in 2006, (I caught it at Seattle International, but it played SXSW, AFI, Sundance and others) Fourteen is a film of small moments; care is given to each shot, depicting with tenderness seemingly unimportant activities such as an apron being tied, or the young girl’s hair being done up, but the shots are linked with such pacing and lyricism that they never fail to keep one’s attention transfixed through to the unsettling end. A beautiful score and excellent cinematography further highlight a truly accomplished effort both technically and artistically from director Nicole Barnette.