Part 2 of Everything is a Remix dropped a few days days ago and, based largely on its growing base of supporters, has since found an online audience of hundreds of thousands. We caught up with director, Kirby Ferguson, to find out how he managed to pull it all off: 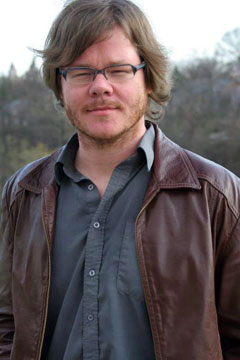 Where did the inspiration for the Everything is a Remix series come from?

I think it was from seeing so much journalism and blogging that treats plagiarism as a scandal, as a dismissal of achievements. There were stories about Harry Potter and Coldplay and Lolita and various hip hop artists and I thought most of them were a stretch. I wanted to show some examples of people doing some copying and explain that this is an element of creativity and is related to how all creativity happens. That was the seed of it.

As documentarian you take a bystander role in the debate about whether or not remixing is good, but what do you think it is that excites people about remixed work and yet turns others off? What separates a remix from work that might be labelled as “derivative” of other work?

I also think some consider remixing/sampling easy. If you do derivative creative worklet’s say your band is a knock-off of a famous bandat least you learned to play instruments and got some gigs and wrote some crappy songs and learned to play them. I think people at least respect the work required. I agree that sophisticated remixes are rare, but I think we’ll be seeing more of them.

In part 2, you begin to stretch the common definition of a remix. How do you define what is a remix? How is it different from work inspired or influenced by others? If “everything” truly is a remix, does that make the definition meaningless?

For me, a remix is a combination of existing elements, and though I do believe that, well, everything is a remix, I term works “remix” when you can recognize the “samples” they’re comprised of. For examples, in Led Zeppelin you can sometimes hear other people’s lyrics and melodies. Aerosmith, on the other hand, were derivative of Led Zeppelin and the Rolling Stones, but they didn’t use their melodies or lyrics. So even though Aerosmith’s sound is less original than Led Zeppelin’s, I wouldn’t call Aerosmith remixers. You can be a remixer and still have an original style. I think Tarantino and Lucas, for instance, are both very distinctive filmmakers.

To rephrase, when I can see or hear “samples” in a workwhether it’s lyrics or melodies or lines of dialogue or camera anglesit’s remixing. It has nothing to do with originality, it’s about whether or not you can recognize chunks of other people’s work. And if you look closely enough, every work contains pieces from previous works.

What was your thought process behind breaking the film into 4 parts and releasing them online?

Releasing video online is just my default approach now. I make my living as a video producer in the commercial realm, so the things I produce on my own time I do for love, and I’m not currently interested in collaborating with companies.

I did four parts because I wanted to do something longer form, but I needed it to be in manageable pieces.

We watch many online short films, and I find it odd that short documentaries don’t seem to be sharing the success their feature-length counterparts are enjoying. What advice would you have for a documentary filmmaker looking to make their mark on the world?

I say just create work that answers questions you’re genuinely interested in. If you ask a question from a genuine place, then make a real effort to answer it to the best of your abilities, I think anybody can do good documentary work.

Most of your previous films were comedic in nature. How did that help you with EIAR? And where do you see yourself headed over the next 5 years?

Comedy helped me develop an accessible style with a swift pace. In comedy, your premise has to be immediately clear and you need to make points briskly and keep moving. And when you’re starting out, comedy is a good way to get away with being amateur-ish. People will think it’s part of the joke.

Over the next five years I want to keep improving my storytelling and filmmaking, and ask bigger and more challenging questions.