Oscar nominations have arrived! We’ve got trailers for the 5 short film nominees in each of the Animation, Live-Action and Documentary categories, plus info on how you can watch the full version of many of these short films right now.

Having looked over the nominees below, I think they are pretty good! I have a bit of a reputation for bitching about the Oscar and short film, but am largely happy with the selections this year. In the Animation category, Theo Ushev is a Canadian treasure, and Borrowed Time created a sensation with over 8M views when it came online in October (unfortunately the filmmakers pulled it in anticipation of the Oscars). One film that has not been pulled is Pearl, Patrick Osborne’s collab with Google. Pearl is the most effective VR storytelling I’ve yet seen, so read my review, and watch the full film here. Pear Cider and Cigarettes is a Vimeo Original and is available for purchase already (it’s very good), and while the Pixar short Piper has caught flack in some circles for its cutesy narrative, it’s a pretty monumental technical achievement.

Usually it’s the Live-Action shorts that are most suspect quality-wise, and while I am not familiar with all of them, I can vouch for Ennemis Intérieurs, a film I awarded top prize to at Madrid’s Alcine festival. Also Timecode is the winner of the Cannes Palm d’Or, and comes highly recommended.

For greedy folks that don’t want to wait for theatrical or iTunes releases of these films, the Documentary category will be most kind. Netflix is represented by two films, Extremis and White Helmets—if you’re a subscriber, they are available to you right now. For web viewers, Daphne Matziaraki’s 4.1 was a NyTimes Op/Doc selection. It is available to watch in full, and was included in our playlist of short films on the Syrian Refugee Crisis. Joe’s Violin was picked up by Condé Nast, and is playing right now in The New Yorker’s Screening Room.

We’ll be back before the ceremony in February with our annual crowd-poll of winner predictions, so familiarize yourself with the nominees until then! 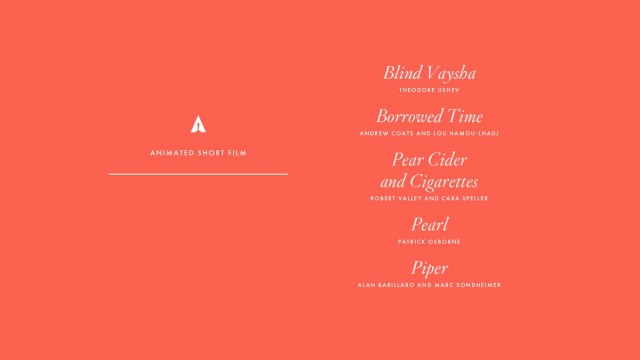 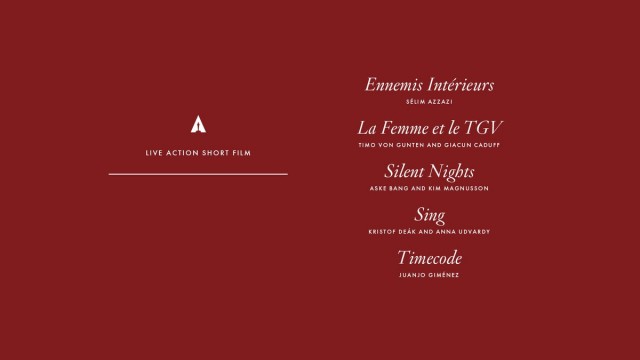 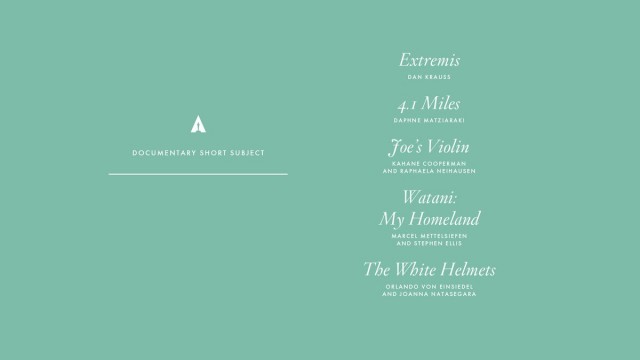