Director Eric Kissack’s excellent short, Blessing in Disguise, is the rare romantic comedy film that is truly romantic and funny. The same could be said for his new indie feature film, Love, Sex, & Missed Connections. Eric was nice enough to sit down with us via e-mail to discuss his experience as a major Hollywood feature film editor, his forays into the world of directing, and how he unintentionally made two awesome romantic comedies. 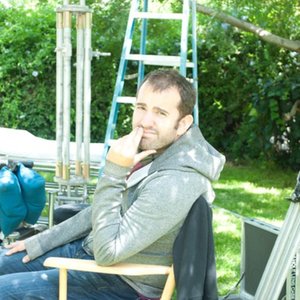 First questionthe breaking-in story. How did you land so many major studio editing gigs?

I have a super boring, cliché answer to this question. My entire career is due to luck and perseverance. I got lucky enough to meet David Wain and start to edit for him on his short-lived Comedy Central show, Stella. The perseverance came in when he told me that I couldn’t edit his next feature, The Ten, because I had no feature credits. I called him every day and pleaded with him until he relented. When Universal said that I couldn’t edit David’s first studio feature, Role Models, because I had no studio feature credits, I called everyone I knew with even the faintest connection to the studio and got them to make a phone call for me. I’m pretty sure they hired me just to stop getting annoying calls about hiring me. So, yeah, substitute “shameless badgering” for “perseverance”, if you like. Fortunately, after that, a lot of people ended up really liking Role Models which opened a lot of doors for me.

What made you decide to make the transition to the director chair?

It was always something that was in the back of my mind… an itch I wanted to scratch. I remember when I was editing Cedar Rapids, I asked the director, Miguel Arteta, how to become a director. He said, “Direct.” He can be a man of few words sometimes. But his point was well taken. If I wanted to be a director, I needed to make something. So I directed a short film called The Vanishing Point (you can watch it at my website, www.erickissack.com). And I loved every second of it. Ever since then, I’ve been trying to edit less and direct more.

How does being an editor inform your style/ability as a director?

Everything I’ve done has been super low budget and we’re always trying to do too much in too little time. My editing experience is a life saver under those conditions because it allows me, when needed, to get the bare minimum in order to make the scene work. Even if I had unlimited time, though, I don’t think I’d ever be keen to do one of those Joe Wright or Alfonso Cuarón uber-long single-take shots. I think they’re amazing to watch but they take me out of the moment… I’m thinking more about the filmmaking than being engaged emotionally. It might just be editor-bias, but I much prefer the power of a well-edited scene to evoke a response, whether dramatically or comedically or both. 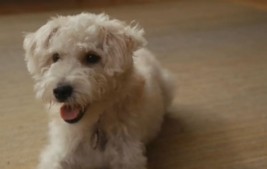 They say that comedy is all in the timing. In general, what are your tips for editing a strong comedic scene?

I’ll share two tips. One, be brutal. You may love all five jokes in your comedy scene but it’s probably going to be stronger with the three best jokes. Kill your babies until only the absolute best stuff remains. Two, comedy is all about reaction shots. Comedy these days is often a bit subtler, a bit less broad. I love that but, as a result, audiences often don’t know exactly when to laugh. The reaction shot is the audience’s cue that something is supposed to be funny. It frees them to enjoy themselves. In Blessing in Disguise, for instance, the biggest laughs come on the reaction shots of the dog. Truth be told, though, it’s a pretty funny dog.

There’s so many comedy shorts on the internetwhy do you think one succeeds while another fails? How does somebody stand out from the crowd?

That’s such a hard question to answer because comedy is so subjective. My friends are always showing me comedy shorts on the internet that they think are hilarious but barely make me chuckle. I tend to respond to videos that are well-crafted and tonally consistent. If you can draw an interesting character or two, all the better. As for standing out on the internet, I don’t know if it’s possible to plan that in advance. The internet is an extremely fickle, unpredictable audience. Making something designed to “stand out” strikes me as a fool’s errand… unless you’re those Lonely Island guys. Man, they’re good.

A loaded question to be sure, but what’s the biggest thing you learned while making  Blessing in Disguise?

It’s such a cliche but, seriously, don’t work with animals. Ha. Well, I guess I should amend that to say don’t work with untrained animals on a ultra-low-budget short where you can’t afford to spend two hours on one shot. That’s some bad idea jeans. Aside from that, I tend to learn the same thing over and over again when I make things which is that it’s always a great idea to step outside your comfort zone. I’d never done anything with a female protagonist before and I learned so much doing it.

Along the same line: what’s the biggest thing you learned while making Love, Sex, and Missed Connections?

Way too many things to list. I think the thing that I kept coming back to, though, was learning that if there’s something nagging you in the back of your head… a little voice saying that something isn’t right… that the dialog in a scene needs more work or a location isn’t ideal… well, don’t ignore that voice. The voice is almost always right and you’ll regret that you didn’t listen to it down the road. 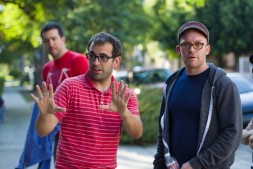 Kissack on set of Love, Sex, and Missed Connections

There’s a lot of talk about the “micro budget” feature being the new “short.” Do you agree with this statement? Or, are shorts still an important step for first time directors?

I go back and forth on this all the time. Having directed both a “micro budget” feature and a few shorts, I can relate to the arguments on both sides. On the one hand, every first time director is going to make a ton of mistakes and it’s better to make mistakes on a short than on a feature. That’s a pretty compelling argument and I’m glad I made a couple shorts before my feature to get some of those mistakes out of the way. On the other hand, the effort required to make a feature is surprisingly not THAT much more than the effort required to make a short. (I’m talking Tiny Furniture size feature, not Avengers size, obviously.) The potential rewards of making a feature, though, are dramatically greater than the potential rewards of making a short. Perhaps the key is to have a clear goal in mind. If your goal is to learn the process, make a short. If your goal is to get discovered by Sundance, make a feature. If your goal is to get an agent, make a very short short (agents have stunningly small attention spans). If your goal is to just make something good, make it whatever length it should be!

Talk a little about the timeline of your projects. How soon after Blessing did you set out to make Love, Sex and Missed Connections?

Actually, the order was the other way around. Love, Sex and Missed Connections, my first feature, was completed in March 2012. We spent a few months taking it to film festivals and then, in August of 2012, there was a little hole in our festival schedule so I decided to take that time to shoot a short that a friend of mine had written. I start to get antsy when I go too long without making something and this was a great little project to keep me busy.

Most first time directors end up writing and directing. I’ve noticed that both the short and the feature were written by someone else. Did they approach you with the scripts? Is there a benefit to not shooting what you’ve written?

The benefit to not shooting what you’ve written is that you don’t have to write something. (Cut to a reaction shot of a dog.) Seriously, though, I’ve written a few things in the past but I’ve yet to write something that I love (working on that) so I’ve relied on other writers for my scripts. Kenny Stevenson approached me with his script for Love, Sex and Missed Connections and Harris Danow approached me with his script for Blessing in Disguise. I’m hoping that talented writers continue to approach me with their scripts but I should probably come up with a backup plan at some point. 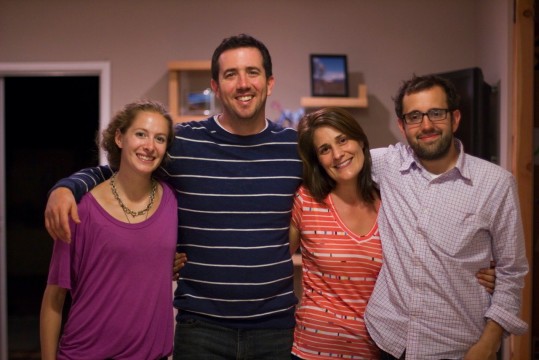 The main crew of Missed Connections

The romantic comedy genre is often riddled with clichés. Did you intentionally set out to make Blessing in Disguise and Love, Sex, and Missed Connections stand out in what is a crowded and often creatively trite arena?

How did you fund both films? I know that with the feature you had a successful Kickstarter campaign. Perhaps you can elaborate a bit on that experience and what you learned from the process.

I paid for the short out of my pocket. It was designed to be small and contained and we made it for very little money. The feature was funded mostly via Kickstarter which was a fascinating experience. Managing a successful Kickstarter campaign is a LOT of work. It’s like a fire that has to constantly be tended to… tweeting, facebooking, coming up with new enticements and images and videos. If you ignore it for even a day or two, the momentum will stop and you won’t reach your goal. We were running the campaign while we were in pre-production for the film and it was like having two full-time jobs… not fun! If I ever do it again, I’ll make sure to start pre-production after the Kickstarter campaign ends.

What’s next for Love, Sex and Missed Connections? Are you working on a mainstream theatrical distribution model? Or, are you targeting different distribution approaches? Basically, how can we watch it?

We ended up doing something really interesting with Love, Sex and Missed Connections. We partnered with a company called Film Festival Flix that finds award-winning, crowd-pleasing festival films that don’t have distribution and takes them on a mini-tour of the country playing limited engagement theatrical showings. We had screenings in LA, Denver, Salt Lake City, New Orleans and a couple other cities and then did a live Q&A afterwards. It felt like a natural extension of the film festival process and audiences really responded to the film. The tour is over now but the film will be launching on iTunes in the fall. Keep an eye on http://lovesexandmissedconnections.com/ for details!