This is a film about stuttering. Oh, and also about apple trees, catcallers, Goethe's Faust, pigeons, forests and girls on horses.
READ REVIEW
Next Previous 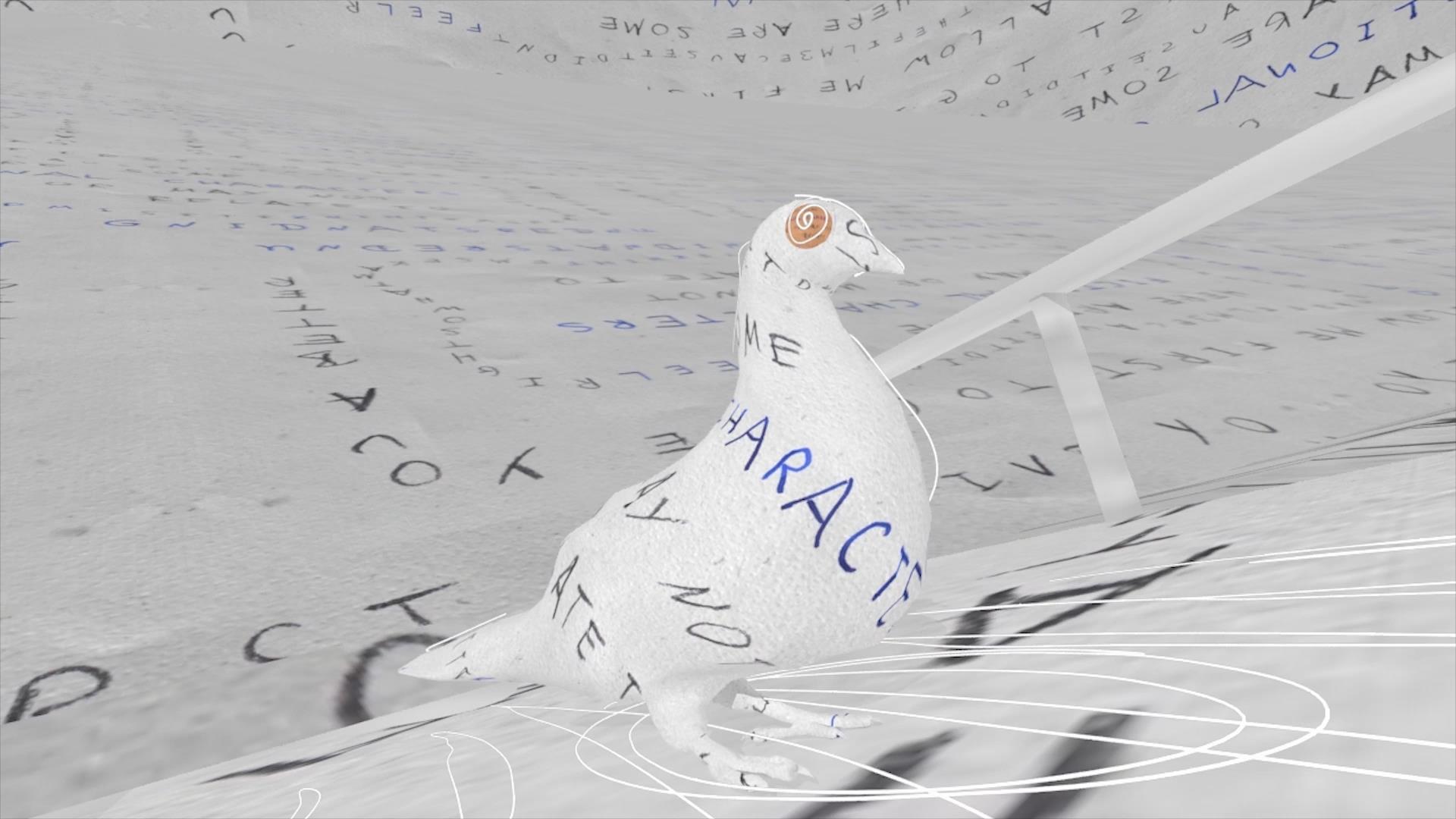 Experimentation is an important stage of trying to find your voice as a filmmaker/artist and while some creative endeavours prove fruitful, others do not. Patrick Buhr revisits one such project in his latest short film From Over Here, but this nine-minute animation is about more than unsuccessful student work, as it tackles themes of understanding, communication, group dynamics and more.

With the concept for From Over Here coming to Buhr after he discovered footage of himself in a basement reciting Goethe’s Faust as fast as possible, during his art school years, he wanted to use this film to examine some of his own “mistakes” in filmmaking and create something more “honest” from “unnecessarily cryptic” work.

“I like trying to make films about things I cannot put into words or straight narratives”, Buhr explains as we discuss the inspiration behind his short and the storytelling here is anything but straightforward. Opening with a note to the viewers, where the director reveals “this film is only dedicated to some of you”, From Over Here then introduces its audience to that aforementioned student project, a trio of fictional characters and the filmmaker’s experiences with stuttering.

As you can imagine, it’s a lot to take in, but I think this is what Buhr is aiming for. Discussing what he’s learnt from screening previous films at festivals he admits that “sometimes people despise films (especially the ones on the experimental side) when they can’t understand them” and this fear of exclusion feels as if it has an important role to play in From Over Here. Stating that he felt it would be “interesting (or fun) to explicitly play with this in-group / out-group dynamic”, we’re only seconds into Buhr’s film and a sense of ostracism has been introduced with that opening statement and it’s something the short returns to in its conclusion. 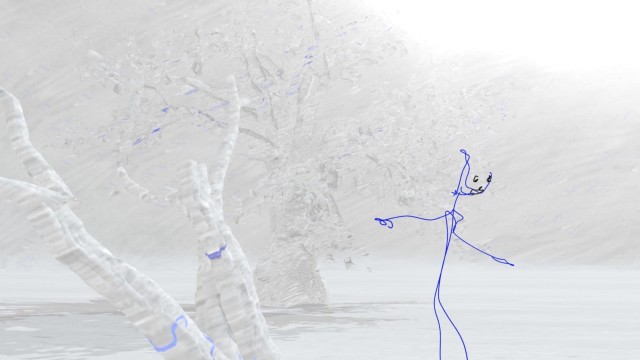 Buhr admits that some of the animation may look “kind of trashy”, but the production was a lot more complex than you may initially presume.

Despite the experimental nature of the film and its enigmatic narrative, From Over Here manages to avoid the pitfalls of pretentiousness and maintains an engaging, playful tone throughout, something that is perfectly exemplified by its aesthetic and sound design. Initially appearing to employ a simple 2D text-on-screen approach, the animation transforms into 3D early on and gets more complex as the film evolves. “Even though the character animation appears kind of trashy, there was a lot of 3D programming involved in order to morph and simulate lines in an efficient way”, says Buhr.

The score, based on Caprice No. 24 by Niccolò Paganini and played on multiple instruments by Buhr himself, is also essential in guiding the audience through the film and lightening the tone. The director once again used a “little bit of programming” here, to help connect the progression of the animation to the notes of the music and it really is effective in driving the film. Together, everything blends into a heady mix of ideas, styles and sounds and it certainly won’t be to everyone’s tastes, but those of you that like their short films to wander off the conventional path will find plenty to love in Buhr’s latest film.

From Over Here marks Buhr fourth’s appearance on Short of the Week, following What I Forgot to Say, Something About Silence and The Train, The Forest. Considering we don’t feature a lot of experimental work on our platform it’s a real testament to Buhr that we’ve championed so many of his shorts. So what’s the appeal? For us, it’s how he always manages to find that perfect balance between experimentation and engagement, his films managing to be both challenging and entertaining. Something we’ll be keeping an eye out for in his next project, a short film about relationships, which he reveals will us “a similar line technique, only more sophisticated”.