A gritty Ghostbusters set in a world where the living have imprisoned the spirits of the dead in a server facility called Deadlock. The story tracks the lives of those affected by the mismanagement of the afterlife.
READ REVIEW
Next Previous 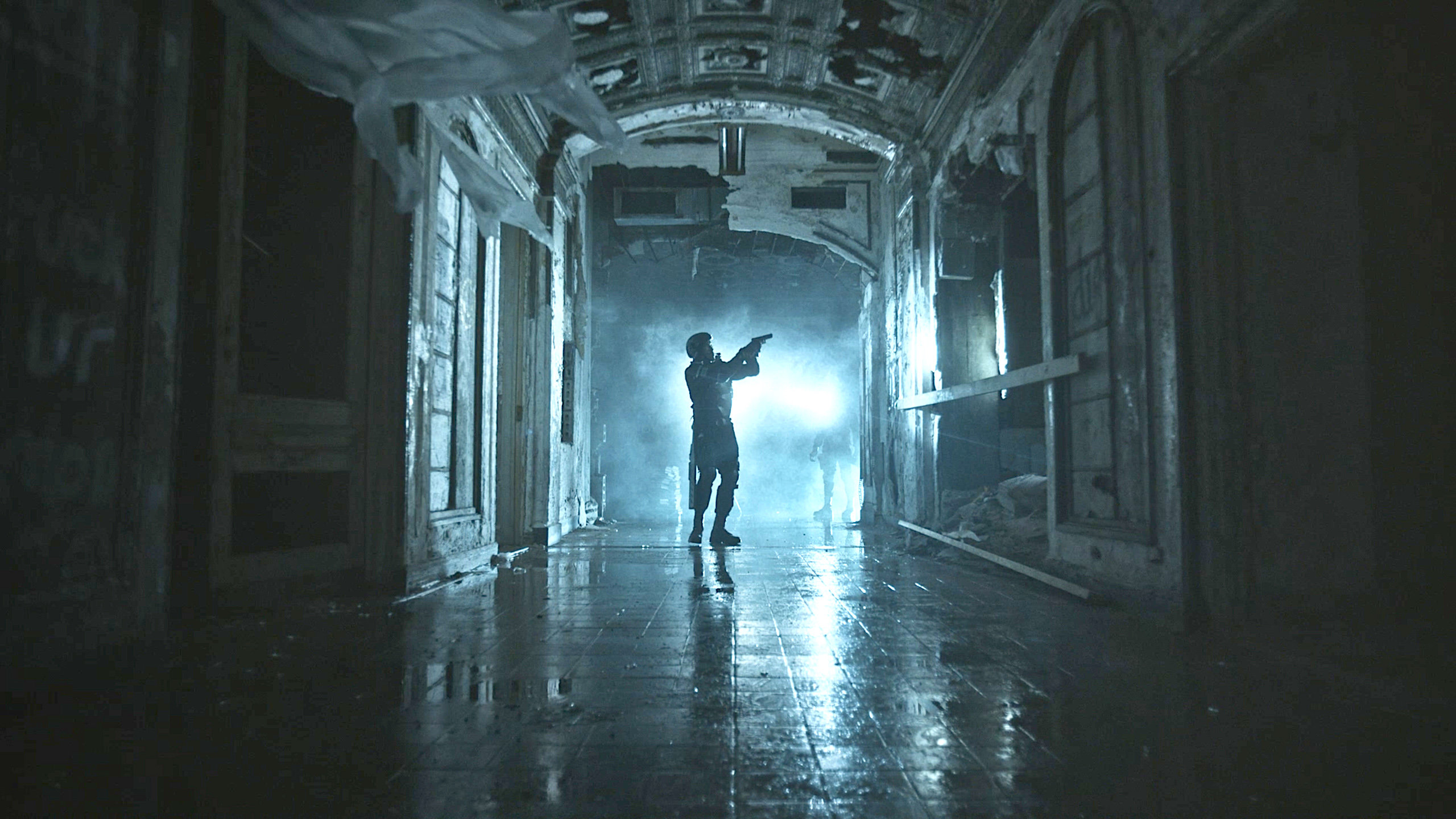 An elite squad of government ghost hunters is on the job in the opening minutes of Deadlock, a new proof-of-concept short from award-winning commercial director John X. Carey and Disney Launchpad creator Aqsa Altaf. Garbed in militaristic gear as they make their way through an appropriately spooky abandoned space, all signs point to 20min of a slick, muscular, and gritty Ghosbusters homage. Yet, while the Ghostbusters debt is clear (as are a few other mainstream stories), Deadlock has a more subversive goal in mind as it interweaves a father/daughter relationship and a currently trendy narrative device into a story that mirrors society’s current disenchantment with law enforcement. Using its references to quickly layout crisp and expansive worldbuilding, the twist that Altaf and Carey take builds on what is borrowed in ultimately fresh and exciting ways.

Coming out of the gate strong, the opening sequence of the film is an excellently paced sequence of action/suspense, which is adequate to the task of grabbing one’s attention—ensuring an early commitment to the film that endures some occasionally flat expository dialogue to come. While the film is not heavy in its reliance on VFX, it nails its core requirement, as the scenes of spectral haunting and capture are suitably thrilling. Ethereal glowing spirits and bright colors emanate from weapons hand-designed by the directors, punctuating the sequence.

Our conquering heroes, having contained the supernatural threat, are greeted outside by a mob of protestors. It turns out that despite the mainstream recognition of ghosts in the world, the government’s solution—to hunt and imprison them—is not universally popular. What rights do ghosts have? Is their existence de facto criminal? An encounter with the brother of the recently-captured spirit kicks off the plot.

What slowly unfolds is a crisis-of-conscience for Riz (Joey Auzenne), one of the lead members of the Deadlock squad, as a traumatic experience, stress in his relationship with his daughter, and mysterious events in the world around him unsettle his faith in the righteousness of his actions. Transitioning from certitude to a stance of “just doing my job”, he is ultimately compelled to action—but is this epiphany too late?

There is always a fine line in shorts, and especially proof-of-concepts, when balancing the evocation of your inspirations and the original ideas you bring to bear. Clear references create a kind of storytelling shorthand that enables more expansive worldbuilding than what the limited real estate of shorts generally allows. I find the exposition of Deadlock remarkably light and natural in spite of what is a richly sketched world, both politically and socially. Yet, if Deadlock doesn’t work for you, it is likely that you find this balance off. It is certainly a demerit to the film that one of its key twists is predictable a third of the way through the film and mirrors one of the most famous cinematic twists of all time. The narrative storytelling device that explores this twist fits the themes of the storytelling and our popular lore surrounding ghosts perfectly, yet it happens to be the 4th or 5th time this scenario has been explored in just the last couple of years, which is unfortunate. Similarly, I find the father/daughter relationship to be effectively emotional, yet it is rather rote in its development, lacking specificity.

Deadlock works for me though, both because of the class that Altaf and Carey bring to bear via their direction, and because where they deviate from their inspiration is just too damn interesting. The inversion of ghosts from threat to victim I find to be a delicious avenue to pursue and the way they tie the short to contemporary American concerns like immigration enforcement and the prison industrial complex is one of those things genre storytelling is best at—it is always a satisfying move when pulled off effectively, as it is here.

Altaf is on a bit of a hot streak at the moment, as today’s world premiere of Deadlock comes closely on the heels of the release of American Eid, her short film for Disney’s “Launchpad” program. A burgeoning commercial director in her own right, she is currently collaborating with Carey and a major studio on a TV project called HEAT, based on their previous short. Will Deadlock join that project in development? We hope so. The busy creative duo also tells us that two more short films are also coming down the pike, so we’ll be sure to keep you up to date on this exciting creative pair.