A dive into sunny childhood memories, when a girl is singing and cooking with her father they are swept along by the wafting mass of dough into the emotional depths of loss and disappearance. Helpless, the child is trying to grasp what is not tangible.
READ REVIEW
Next Previous 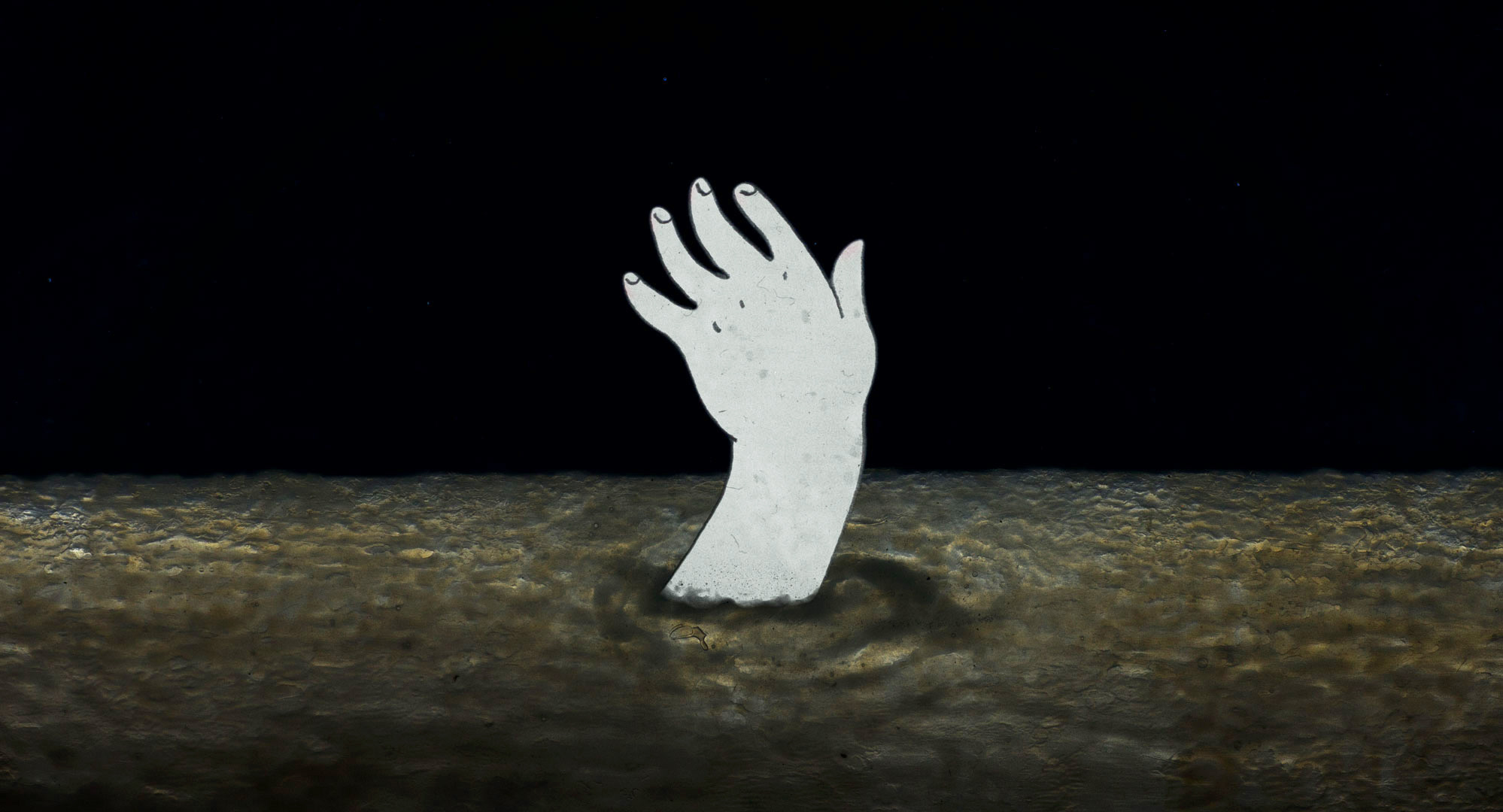 Finding myself in the midst of an existential crisis recently, questions surrounding the meaning of life and my role in it have been clouding my headspace of late. These are some deep introspective thoughts and not ones I thought I’d be sharing at the start of an article about a short film centred around “sunny childhood memories”. However, Cécile Brun’s seven-minute film Lah Gah (Letting go) taps into certain ideas I’ve been considering in recent times, in particular, the importance of memories in our existence.

Taking its viewers on an immersive dive into an intimate souvenir from the director’s memory banks, Lah Gah joins a young girl as she cooks in the kitchen with her father. As the film evolves, starting as a classical line drawing animation before becoming something much more abstract and experimental, we begin to understand the meaning behind that title. This isn’t just a nostalgic trip down memory lane, but a rumination on the importance of memories, especially when they regard someone who is no longer with us.

“With my own experience of loss and letting go, I wanted to explore and express all these accumulated emotions”

As we discuss her film, tackling some of these great existential conundrums, Brun poses some interesting questions, ones that will be familiar to anyone who has been touched by grief – How can life still be the same? Where is the border from being to not-being? What is memory? Again, topics that might not be instantly forthcoming when viewing her film at a surface level, but as you let yourself drift into the film’s consuming embrace and start to release what its creator is trying to visualise, it’s hard not to share in some reflective introspection of your own.

“With my own experience of loss and letting go, I wanted to explore and express all these accumulated emotions of isolation, regret, deep sadness but also relief and still hope and happiness”, Brun explains as I quiz her on the inspiration behind Lah Gah. Admitting that she had to make this film, for “personal reasons”, it’s also evident, in watching the film, the cathartic experience it must have been for its creator. “It was part of my grieving process”, the directors reveals, before adding that “in the process, the project transformed and I wanted to touch people on a deeper, inexplicable level. 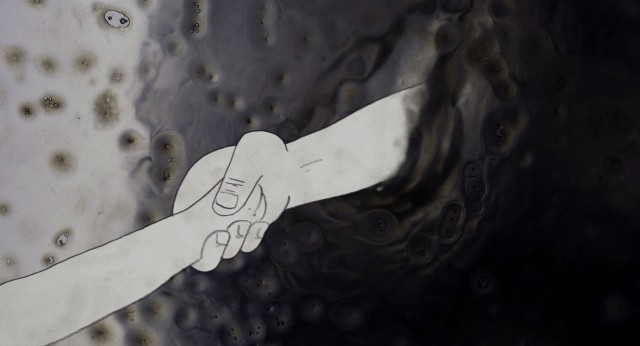 “One part is classical drawn animation. The rest is basically crafted under the camera on a multiplan stand” – Brun on her production technique

I referred to the immersive nature of Lah Gah earlier in this article and while some of the film’s enveloping qualities are down to the personal subject, credit also has to go to the craft and technique on show. Beginning with a familiar aesthetic, one that could easily be labelled as ‘unremarkable’, Brun quickly shakes things up by inserting some textured, bubble-like artefacts into her visuals. As these playfully intertwine with the more conventional animation in Lah Gah, it’s almost as if this “sunny” memory is becoming corrupted, overtaken by a darker element – which we understand to be grief. It’s a clever approach to visualise how memories can be altered after loss. It’s simple, but certainly effective.

With its subject in mind and Brun having revealed the importance the film played in her “grieving process”, it’s somewhat surprising (but also uplifting) to hear the director refer to developing the visuals as “so much fun”, but for me, this is where a lot of the appeal for Lah Gah lies. This isn’t a film wanting to drag you through the life-altering process of loss with its director, but more a life-affirming watch that should make us all consider the importance of memories in our life. Our time on this planet is limited, memories are pretty much all we can leave behind – so let’s make some good ones.