After his father gets into a fight at a bowling alley, Darious begins to investigate the limitations of his own manhood.
READ REVIEW
Next Previous 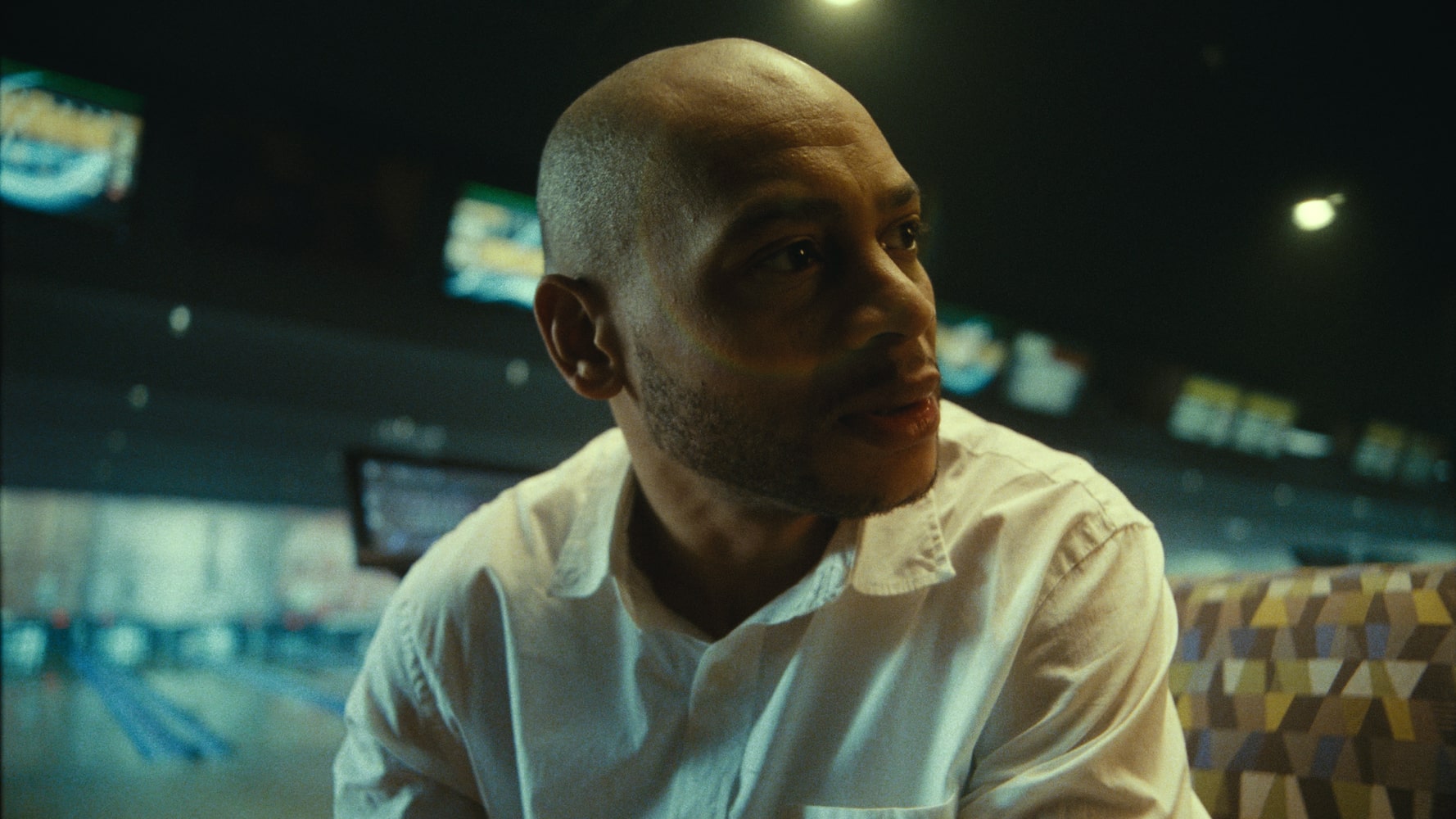 For a prestige drama, with selections at Sundance, SXSW, and Aspen Shortsfest amongst its laurels, Bruiser emerges from an unusually crude source of inspiration. Its director, Miles Warren, is fascinated with fight videos on Worldstarhiphop, the long-running video blog that, in addition to its music videos, is equally famous for publishing user-generated videos of day-to-day violence— road rage punchouts, brawls in fast-food restaurants—anything where ordinary people fight is fair game for the site and its voracious audience. “It always fascinated me just how chaotic and violent, but also humorous the videos often were”, Warren relates. He started thinking about the off-screen stories of those men, “what would it do to that kid to see his father be so outwardly violent and aggressive?” from this line of thought a screenplay was born.

Bruiser proves how potent an emotional deconstruction of a viral moment can be. In the film, Darious’s father learns that his son has not been invited to a birthday party and despite promising not to embarrass his son, the situation quickly escalates when he confronts the father of the birthday girl. The altercation is not the sole focus of the film though, in Bruiser, Warren and his co-writer, Ben Medina, use it as a jumping-off point to interrogate toxic masculinity within a father/son bond, hinging the narrative on subtle, yet deeply effective performances.

“I wanted to make a film that depicts fighting as the horrific, chaotic, and sometimes even comical, experience that it is”

The film tackles a dark topic, and its production accentuates that. The cinematography, shot on film, allows for rich latitude in underlit scenes, and the compositions contribute to a feeling of being hemmed in. Long takes force the audience to sit in a powerless state as the action progresses, mirroring the helplessness of Darious, while the score feels like an emotionally accurate musical depiction of his inner thoughts. Bruiser attempts to do one of the hardest things in film, which is to embed the audience in the emotional headspace of its main character, and Warren pulls it off admirably. Yet, despite the weighty themes, Warren does inject some of the absurdity of the videos that inspired him in the film. “I wanted to make a film that depicts fighting as the horrific, chaotic, and sometimes even comical, experience that it is”.

The fight scene is the culmination of this sensibility, effective in both facets: the absurd, and the devastating. The bowling lane’s slippery floor comes in handy, lending a small degree of slapstick, and the violence itself is over-the-top in a way that seems disproportionate to the issue at hand. Yet, it truly is the aftermath of that event that makes the film a standout. Exploring the father/son relationship Darious grapples with shame, embarrassment and a sense of emasculation. 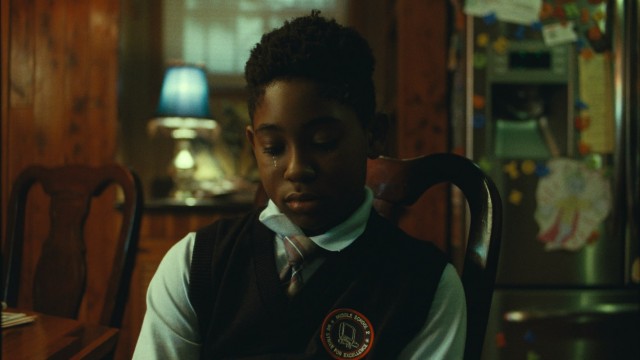 Noble B. Whitted as Darious, the young boy who witnesses his father in a brawl at a bowling alley.

After the fight, Darious’s journey is nuanced, and it is through the performances of Noble B. Whitted and J.D. Williams that the audience is able to feel the consequences of the event—how it has altered the father/son bond and prompted Darious to question his own masculinity. Whitted navigates the inner turmoil of his character in this coming-of-age setup with a raw authenticity that makes it impossible not to empathize with his character, but also makes the last scene feel like such a relief.

Fresh off its screening IRL at the Palm Springs ShortFest, Bruiser is having its online debut after an already impressive festival run. In addition to the aforementioned selections at Sundance, SXSW and Aspen, it was also awarded the Grand Jury Prize at Seattle, making it eligible for Academy Awards consideration. Warren is currently working on the feature version of the short, set to also be titled Bruiser.