Ready for a night of partying, a group of college students must weigh the pros and cons of calling the police when faced with an unusual emergency.
READ REVIEW
Next Previous 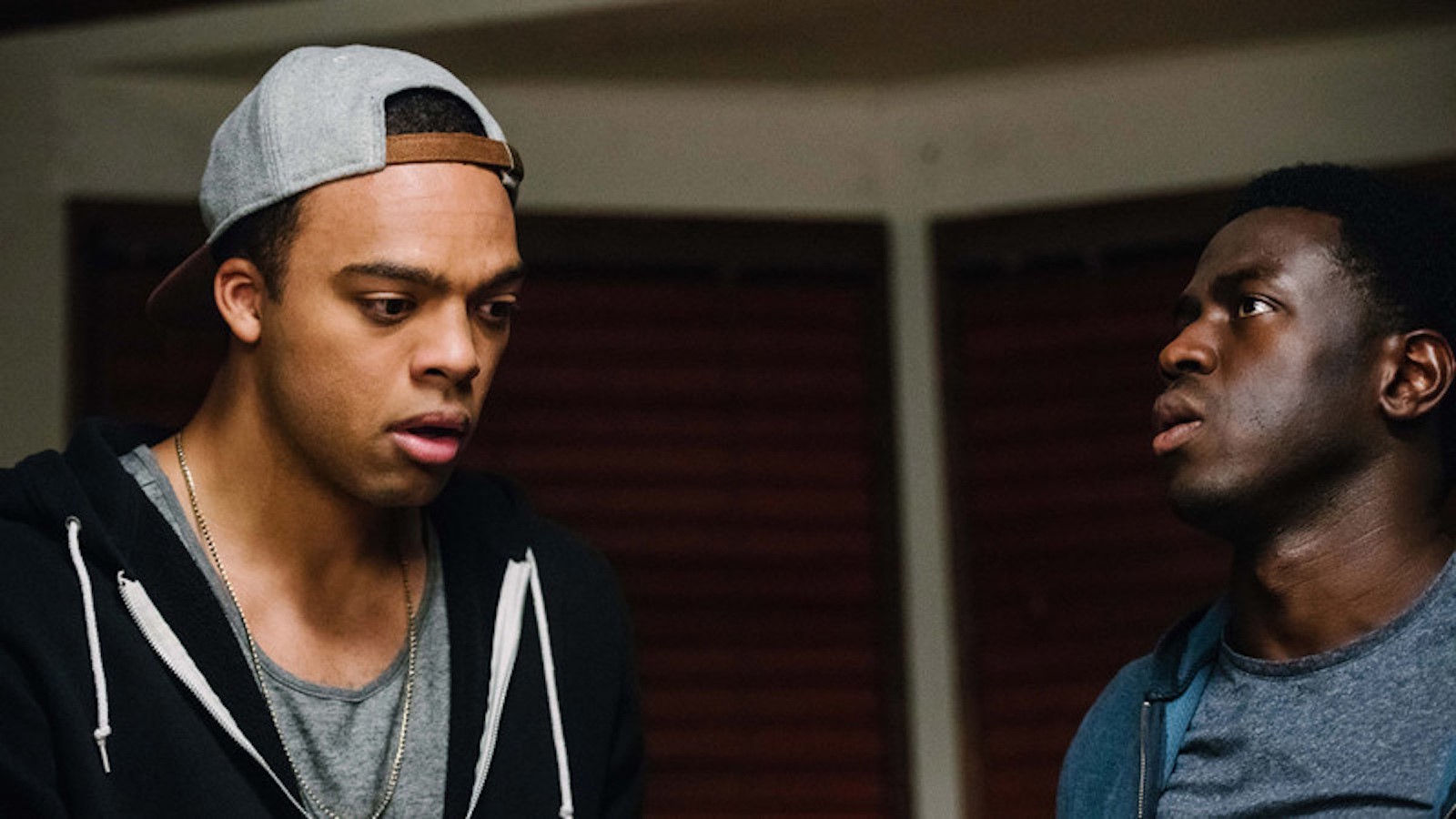 An ordinary day in the life of a couple of college guys is instantly upended when they return to their shared house and discover an emergency situation. The obvious solution? Dial 911. But with a white girl passed out on their floor and none of the housemates white, the optics are really not in their favor – can they call the police without fearing for their lives? In Emergency, director Carey Williams employs dark humor to subtly, but surprisingly effectively, explore very real and very topical racial issues.

Sharply written by K.D. Dávila, the narrative of Emergency paints the experience of being an innocent black man having to deal with the police with striking authenticity. Instead of focusing on the physical part of police brutality and racism, Emergency captures the emotional and psychological repercussions of growing up in an environment where a person of color can’t rely on the police force.

Built around a layered screenplay, Emergency presents its audience with a lot to unpack. The situation should be simple; the housemates should instantly be calling for first responders, as the girl obviously needs medical attention. Yet the dialogue allows the audience to understand and process their whole train of thought, the humor helping to flesh out the character’s personalities and relationships, while also highlighting how ridiculous this is! And what better way than satire to make it even more effective.

The question Emergency poses is based around what is preventing these young college students from doing what needs to be done in this situation. The answer – legitimate fear. It’s abundantly clear that by helping this girl, they might end up putting themselves in a situation where their own safety would be at risk and this is where the film truly lands its impact. Though Emergency is built around this one specific situation, it’s really about the climate we live in and depicts the mental toll this has taken on these young men. As the film concludes and the camera stays with Kunle as he struggles to process the events of his evening it’s simply heartbreaking to watch, the implications lingering long after the credits.

When we asked Williams what drew him to the project, he shares with us: “I made the film because it scared me to delve into a very sensitive topic through an unexpected lens of comedy”. Though there may have been some trepidation in his mind, it certainly doesn’t show in his assured direction. With the general atmosphere of the film, we immediately get the sense that something bad is about to happen, and Williams wastes no time immersing us in Emergency’s plot with an incredibly short (barely 90-seconds) and effective exposition. While the sense of urgency in the situation inherently gives good pacing to the story, Williams adapts the rhythm of the film to reveal the subtleties of the dialogue. He makes the comedic blows land first, before having the darker truth land the knockout punch afterwards.

Emergency was quite the hit on the 2018 festival circuit; winning a Jury Award at Sundance, and Best Narrative Short prize at SXSW, before being screened at other festivals (and winning more awards) including Aspen, SIFF and the Palm Springs ShortFest. Williams just wrapped filming on the feature adaptation of the short, with a screenplay by Dávila.