An inside look at the world of the Foley artist. This short documentary is a sneak peek into a unique post-production sound facility located in rural Ontario, an hour north of Toronto.
READ REVIEW
Next Previous 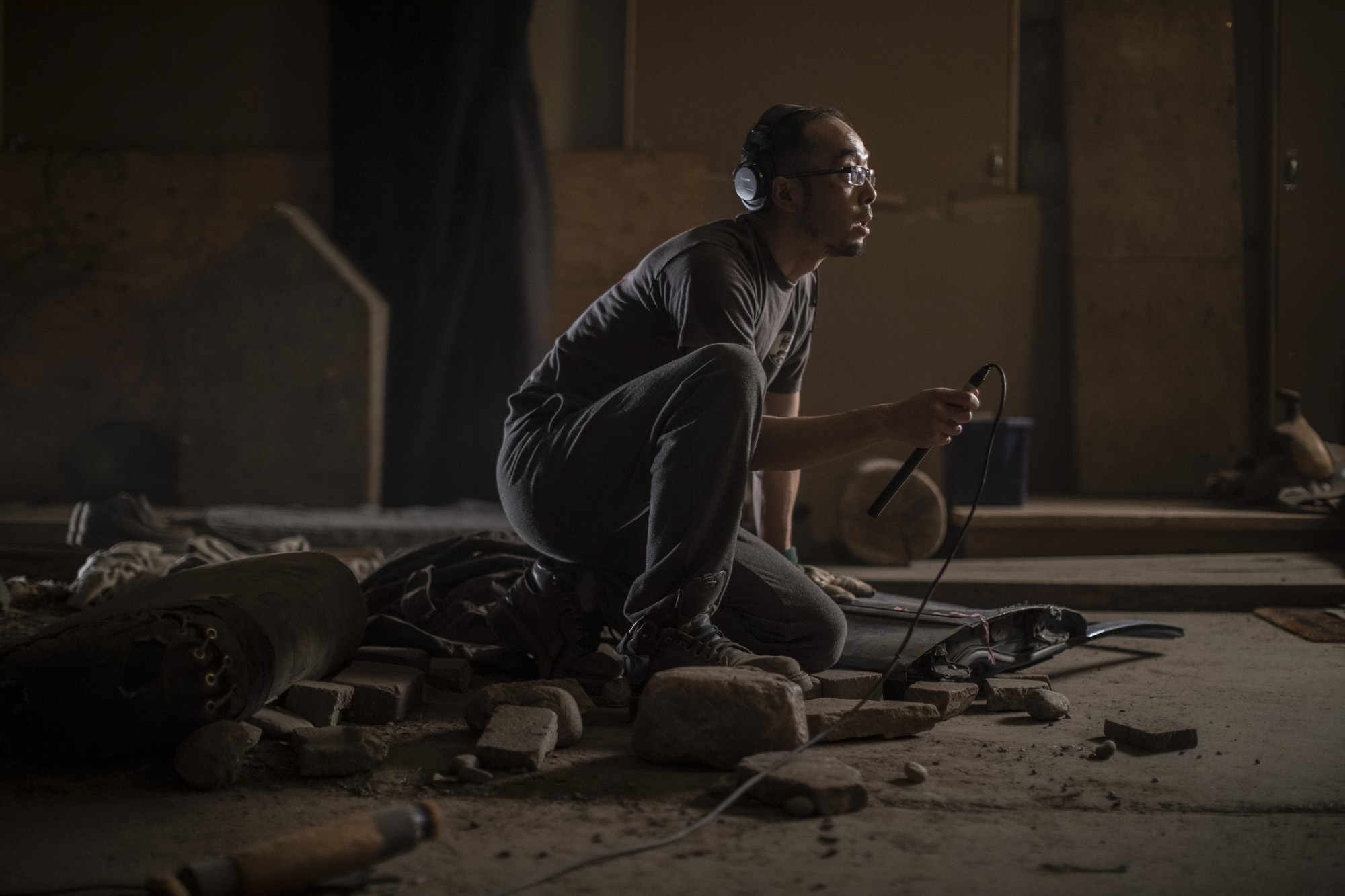 There is so much craft involved in making a film – different domains of expertise all contributing to that movie magic – that most of the audience barely notices. With advances in technology, techniques have of course evolved over the years, but foley (sounds recreated for a film) still relies on traditional craftsmanship. Transporting us to the Footsteps Studio (located in Uxbridge, Ontario), Jeremy Benning’s 14-minute documentary Footsteps introduces its audience to three foley artists as we gain insight into their profession and enjoy their infectious passion and entertaining sense of humour.

As a child, Benning tells us that he was passionate about photography and sound, and met Andy Malcolm, who was already prominent in the foley world, when his parents arranged a trip to a film house for his 16th birthday. Twenty-five years later, Benning is now a cinematographer and Malcolm opened Footsteps Studios (affectionately known as “The Foley Farm”), an hour outside of Toronto, in the middle of nowhere. After reconnecting and visiting the facility, needless to say, Benning felt the urge to share this unique post-production studio with an audience. 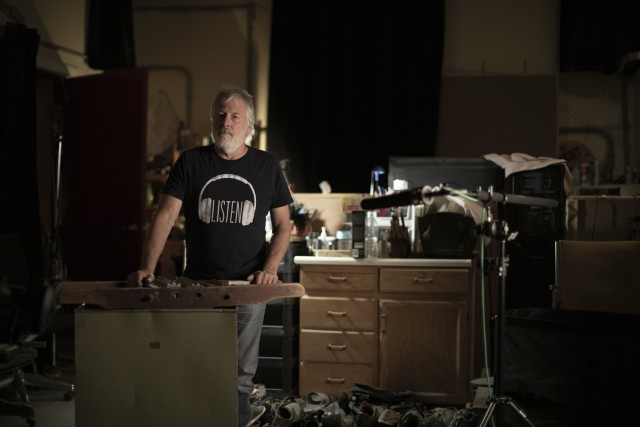 Andy Malcolm has been creating Foley since the ’70s, his credits range from Porky’s to Blade Runner 2049

Who could have guessed that so many studio films, hit tv shows and popular video games would make a stop in rural Ontario for their post-production needs? Foley is a world that most don’t know about, and through the three subjects of his film (Malcolm, Sandra Fox and Goro Koyama), Benning delivers a fun yet informative introduction to their specialized field. Witnessing them at work feels like we’re being clued in on a magician’s trick, you could have guessed how those sounds were created, but seeing it revealed is a thrill.

Malcolm offers a perspective on the field in general, how his career has evolved and what led him to opening the studio, explaining that: “in an era of digital automation and processes in the entertainment industry, the craft of foley is one that still requires human interpretation in order to match the emotion and feel of an actor’s performance on screen”. Benning illustrates that idea with perfect examples of the foley artists at work, as we watch them using the most unlikely instruments to create familiar sounds on screen. At times their performances can become quite physical and when combined with their improbable choice of tools their actions feed the humorous tone of the film. 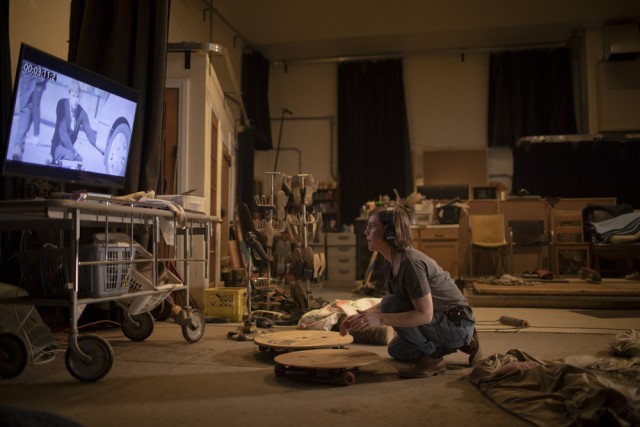 Sandra Fox in action in the Footsteps studio

As Fox and Koyama both give very precise examples of how they create sounds, we learn the importance of the shoes and how the narrative of a film, and its characters, are the essence of the sounds they come up with. Both have warm personalities and share insight on their work with such passion that it only made me want to know more. Benning captures them through an entertaining lens that complements their testimonies and with Kurt Ritchie’s sharp editing, what started as a conventional documentary quickly turns into a film that undeniably has an educational layer, but delivers it with a sense of awareness and a lot of heart that makes it utterly engaging for the viewer.

While Benning has not worn the director’s hat very often, he already has quite an extensive filmography as a cinematographer, having shot The Boys and seasons 1-6 of The Expanse.