Set in a reality where technology as we know it doesn't exist, a young woman attends a series of touching and surreal “appointments” that straddle the line between companionship and personalized entertainment.
READ REVIEW
Next Previous 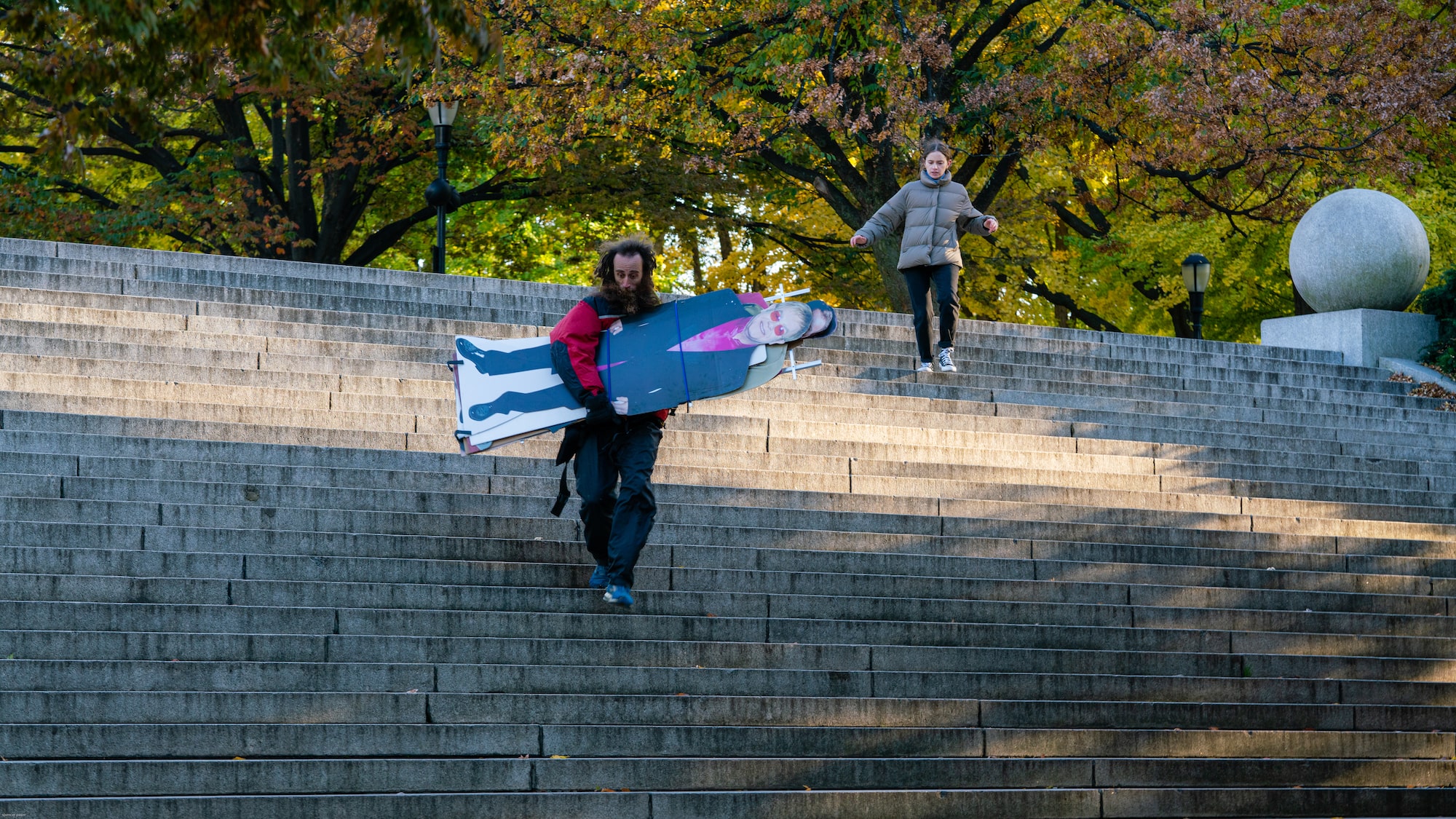 Do you ever yearn for a simpler time? When ‘playing’ meant going outside instead of reaching for the game controller, when phones were actually used for (gasp!) talking to people, and when instead of having a wealth of entertainment content at your fingertips, you were left to the mercy of whatever was showing on the telly…

In his oddball dramedy The Entertainer, Director Matt Starr taps into what the world, and more specifically the entertainment industry, would look like if it wasn’t vastly shaped by technology. Brimming with delicious nostalgia and featuring a star-studded cast and affectionately drawn characters – primed for a bigger project and longer screen-time – the 14-minute short is ambitious yet intimate, and its irresistible charms are bound to dispel even the heaviest of clouds hanging over us. 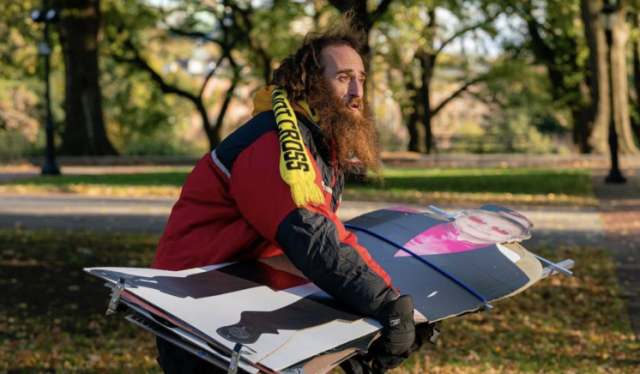 In the opening shot of The Entertainer, the very first thing we see is Elton John’s smiling face, joyfully bouncing up and down in slow motion. We soon realise that it’s not actually the real-life pop legend, but a life-size cardboard cutout strapped to the back of a young woman running to her next appointment. As we tag along, the entertainer visits her clients, who have all booked a unique date with a flattened version of their favourite celebrities. Set in an alternative reality unburdened by social media and instant gratification, The Entertainer utilises an understated aesthetic to draw out what ultimately makes us human – our ability to connect with one another even in a world that’s entirely disconnected.

“No flat-screen TVs, no iPhone, no high-speed internet”

“A few years ago, I kept thinking, what would’ve happened if after Y2K, we invested all of our resources (our money, our energy, research, etc.) into the environment and focused on preventing global warming and less resources poured into technology” – director Starr shared with S/W. “So no flat-screen TVs, no iPhone, no high-speed internet, none of the popular social media apps. What does that mean for entertainment? What companies would’ve popped up instead? And that’s where I got the idea for a company that rents out ‘Entertainers'”.

The film works because it touches on our bittersweet relationship with nostalgia. To help us cope during times of duress, our brains often turn to a past that we subconsciously label as “safe” because of its predictability. It’s a sweet experience because it conjures up cherished moments from the past, and a bitter one because we can’t relive them.

But The Entertainer gives us a glimpse of what it would be like if it were possible – if the technological advances of the past 20 years were never developed and life was just a little bit more unplugged. It’s a prospect many of us would consider, especially after the challenging year we’ve had, alongside our best friends Netflix and Amazon Prime. Ultimately though, it’s the characters that make The Entertainer a heartwarming ray of sunshine, as Starr’s balanced approach finds humour in their hardship and a note of melancholy in their funny quirks. 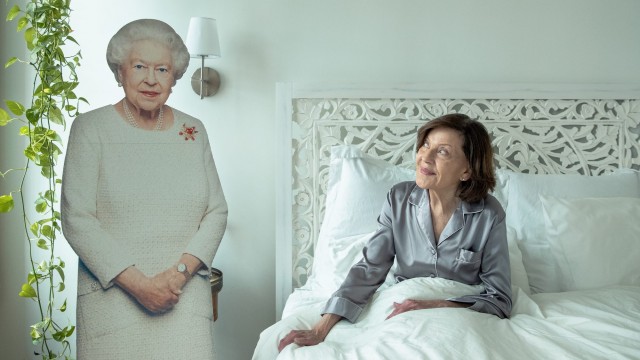 Kelly Bishop as Bernice, with her fantasy celebrity companion – The Queen.

Kelly Bishop gives a heart-tugging performance as the frail and vulnerable Bernice – a character that couldn’t be further from the headstrong matriarch Emily Gilmore, she plays in the Gilmore Girls, and Jillian Mercado captivates as Harriet, with her Vulcan ears and a peculiar Captain Kirk fantasy. Matthew Silver, on the other hand, is wonderfully weird and hilarious as the strange, bearded man who steals the cardboard celeb cutouts and gets a sandwich in the face. But it’s Ellie Sachs, who plays the nameless main character that delivers bespoke happiness to her clients, who steals the show.

Sachs is a real delight to watch and root for, as she skilfully embodies the celebrities whose image she hides behind (physically and metaphorically), until she is forced to drop the facade and use her own imagination and charisma to win the hearts of both her clients and the film’s audience. We are left with a burning desire to see more of this enchantress and discover where her next appointment will take her – a good thing since Starr is already working on a feature-length version of The Entertainer.

Recent events have seen us starved of human connection and physical affection, so Starr’s short couldn’t have come out at a better time. The Entertainer shines brightly with a peculiar, low-key type of magic, but it’s magic nevertheless, making it next to impossible not to fall under its spell.