A dangerous podcast is doing the rounds. Strange things happen to people who listen to these tapes of deceased serial killer Jimmy. Only one rule seems to apply: if you stop listening, you will meet the killer in person.
READ REVIEW
Next Previous 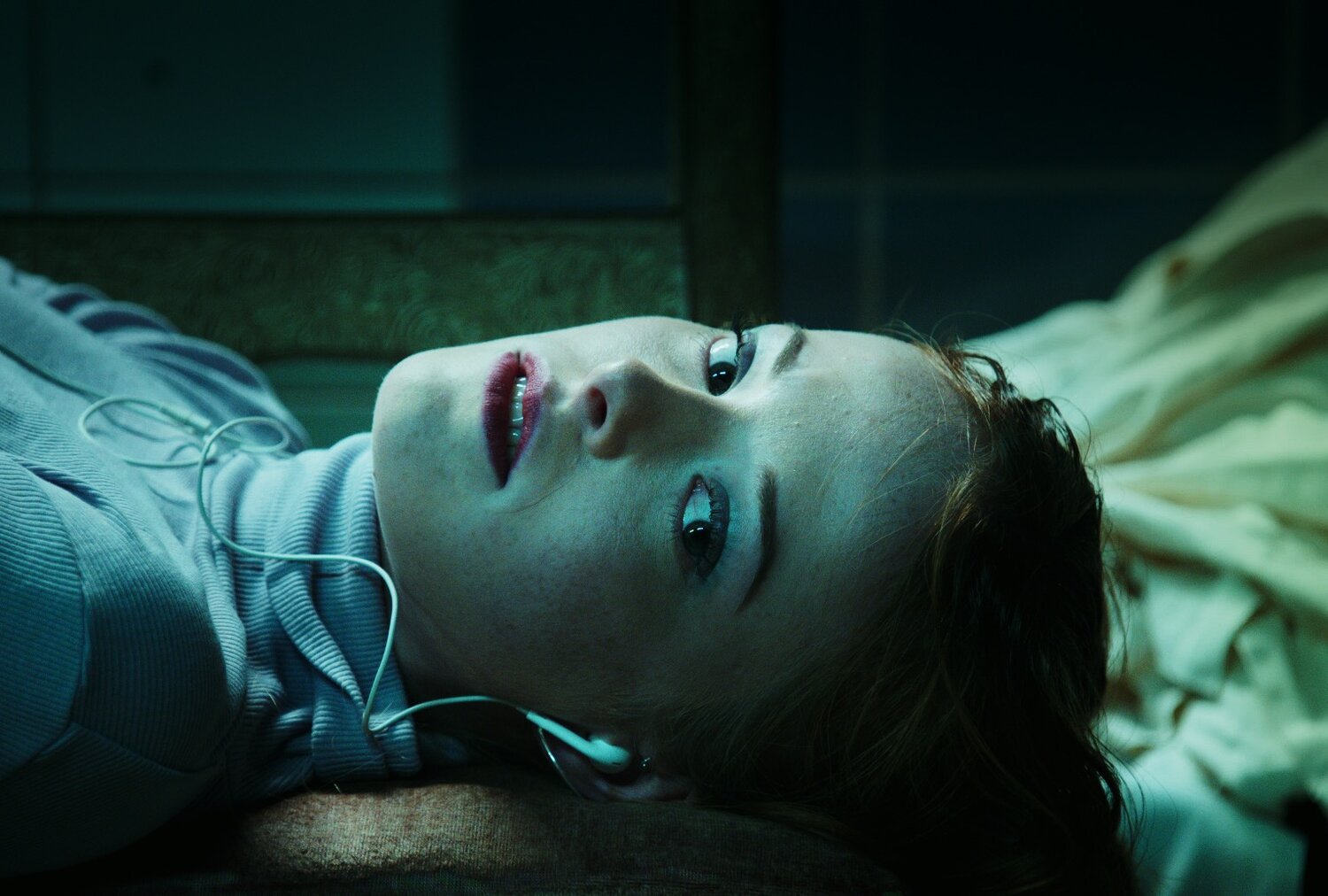 Over the years, we’ve seen technology play an important role in the Horror narrative. For a long time, the telephone was a go-to “source of terror”, before we moved on to unmarked VHS tapes, iPads and more recently Zoom calls. Out to disprove that filmmakers have struggled to figure out how to make technology a threat again, David-Jan Bronsgeest’s seven-minute short Meet Jimmy sets the podcast as its harbinger of doom – and it’s surprisingly effective.

Already set for feature development, Meet Jimmy transports its viewers to a dingy launderette, where we join its protagonist, Jennifer, laid out on a wooden bench listening to The Serial Killer podcast as she waits for her washing machine to finish. “Today, we have something very exclusive”, the narrator reveals, as he explains we’re about to listen to a classified FBI recording with notorious killer Jimmy “Two Fingers”. Rumour has it that if you listen to the tape, you’ll meet the killer in person – will Jennifer to continue to listen, or is it already too late?

“It’s been a while since we met an effective boogeyman”

If the set-up feels familiar, that’s because it’s essentially an updated take on the classic cursed videotape from Hideo Nakata’s J-Horror classic Ringu (The Ring) – a film Bronsgeest cites as an influence, alongside another seminal Horror, A Nightmare on Elm Street. “It’s been a while since we met an effective boogeyman that reminds us of Freddy Krueger or Michael Myers”, the director explains as we discuss the inspiration behind Meet Jimmy.

“Our idea was to create a boogeyman who slowly creeps into your thoughts”, adds Bronsgeest, “as your obsession grows, there’s no way back. You have to finish the podcast to meet him in person and to have any chance of surviving him. Otherwise, you’ll lose your mind”. Jimmy doesn’t get the same screentime as Krueger or Myers, but you can see the potential for a truly haunting villain there and his creator hopes that with his genesis in this short they have created a “new iconic boogeyman for the big screen”. 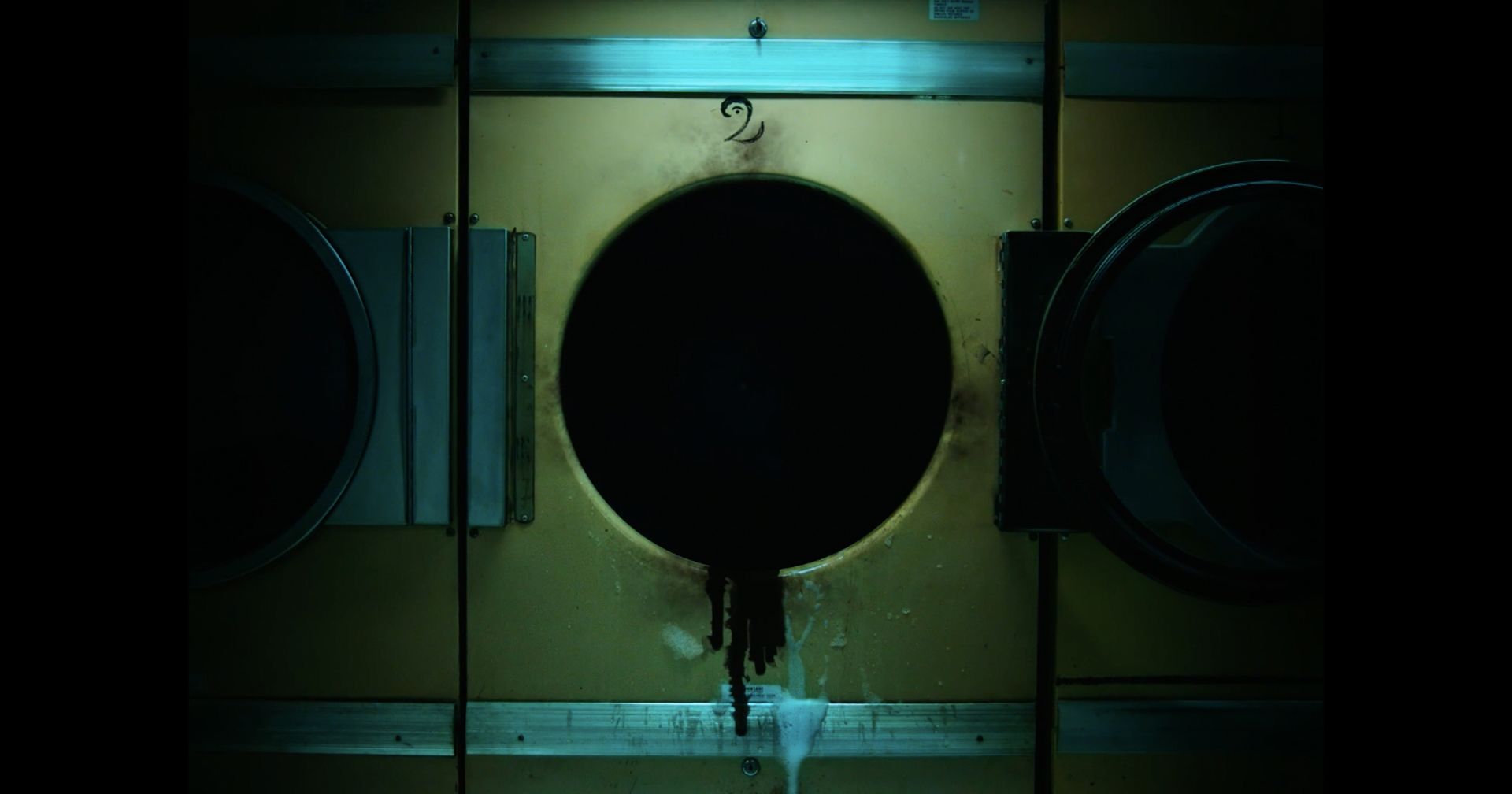 Though Bronsgeest and his team reference Horror films from decades past as their cinematic references, there were also more modern influences on Meet Jimmy, in the form of true crime podcasts and the “binge-era” we’re now living in. With an interest in those real-life crime podcasts beginning after Serial caught their attention, the filmmakers admit they were concerned that the rise of genre might lead to fans idolising these killers and turning them into “modern-day obsessions”.

Wanting to address this concern in their short, Meet Jimmy was also created as a way to tackle their worries about how we are now binging on entertainment and the effect this might have on our psyche. “Since we’ve been locked in our houses these past months, how healthy is it to keep feeding our minds with the dark sh*t that’s thrown at us?” – Bronsgeest asks. It’s an interesting question to ask, especially in a Horror movie primed for development, and though I’m not sure Meet Jimmy adds anything new to that particular conversation, it’s heartening to know they were aiming for more than a quick jump-scare and feature deal.

Since creating Meet Jimmy, Bronsgeest has formed Horror label BLOODRAVE with producer Tim Koomen. Together, they’ve created a new short film called Mr Lonely (feature rights were sold to Spyglass Entertainment and Phantom Four), are working on TV series Carnival and have even created their own scary podcast – Behind the Piano.

This is just a few of the projects they were able to discuss, sounds like exciting times for team BLOODRAVE.