A group of twenty-somethings, coping with the sudden loss of a close friend, do the only thing that makes sense to them in their time of grief: they put on a play.
READ REVIEW
Next Previous 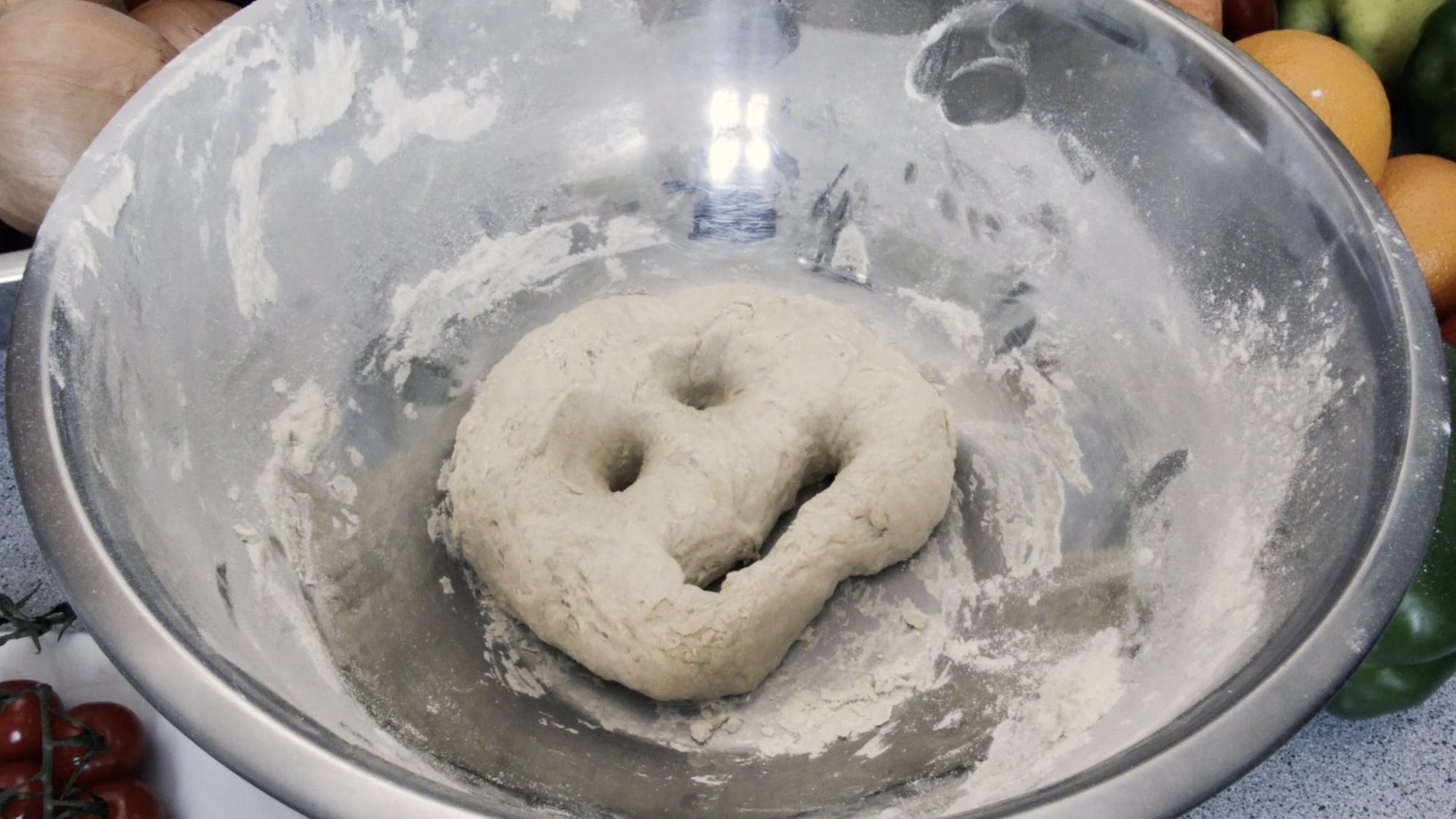 Anyone who has had to deal with the crushing weight of grief will know it’s a difficult thing to process. We all have different coping mechanisms for loss, for some it brings anger and others denial, for John Summerson and his friends they found their own unique way of dealing with the sudden death of a close friend, they invented Februarium – an annual celebration centred around a discarded Christmas tree.

“Februarium has taken many forms”, Summerson explains as we discuss his eight-minute Royal College of Art grad film. On its surface it’s a spirited annual celebration taking place in late February, where the participants pay homage to its patron saint Dr. Februar, through offerings of buttermilk biscuits, Pabst Blue Ribbon beer, and the destruction of a two-month-old Christmas tree.

Cut through that surface layer of the ridiculous, grandiose celebration though and you find something much more real and raw at its core. The Februarium celebrations originated when two of Summerson’s friends, Matt and Tye, stumbled upon an abandoned Christmas tree in the woods. Hungover, they took it home and decorated it with the aforementioned biscuits and beer cans.

“A sincere and heartfelt living eulogy to honor the dead”

When Tye died later that year, next February his friends decided the strange festivities must continue, in his honour. Taking the celebrations to extreme new heights, Summerson and his friends created “a sincere and heartfelt living eulogy to honor the dead”. Not a traditional method of dealing with loss, but one that certainly seems to work for this group of friends.

Described as a “defining feature” of his twenties, Summerson seems somewhat in shock that Februarium continues, revealing that he’s often amazed they didn’t “just dream this whole thing”. Determined to make the larger-than-life holiday live forever, “like a good wake”, the filmmaker admits the whole performative nature of the celebration is “as sincerely absurd as it is absurdly sincere”, but in all honesty, does it feel any more surreal than existing holidays?

Though Februarium!! feels like a film Summerson was destined to make, the short we see now isn’t wasn’t what he originally had planned. With lofty ideas involving building a “comically large stop-motion set” – big enough for the filmmaker himself to fit in – in his flat scrapped due to the Covid-19 restrictions, his new approach was a lot more humble. Though we can never compare it to what he originally had planned, the outcome is an honest film brimming with the DIY spirit of the events it depicts.

“I’m not sure Dr. Februar knows where the Royal College of Art is”

Shot in the kitchen and living room of his flat, which Summerson admits where soon “covered in pine needles, beer cans, and a thin veneer of bread flour”, the filmmaking suddenly found itself taking place within a similar environment as the original Februarium celebrations – a “perfectly trashed house”. Though I’m sure the director is somewhat curious as to what he would have made if he could have followed his original plans, he thinks in the end it “worked out far better for the film”.

“I’m not sure Dr. Februar knows where the Royal College of Art is”, Summerson playfully explains as we discuss the production of his short, “but he certainly was able to follow the traditional signs to find our little place in west London”. The spirit of Februarium lives on – I know next time I pass a discarded Christmas tree, I’ll consider paying homage to my new favourite holiday.

John is currently working as a freelance director and animator, while also seeking teaching opportunities as a remote animation and writing instructor. He’s also currently in pre-production on two new shorts: a 2D animated short displaying the delusions of grandeur endemic to being an octogenarian trout fisherman, and a live-action/stop-motion musical documentary about the Pacific Northwest’s premiere singing logger – Buzz Martin. If you like his work, be sure to check out his first year RCA short Fifteen-Two and the rest of his work on Vimeo (link below).