Over the course of a burgeoning relationship, a young man narrates and examines the quirks and burdens of his partner's tics.
READ REVIEW
Next Previous 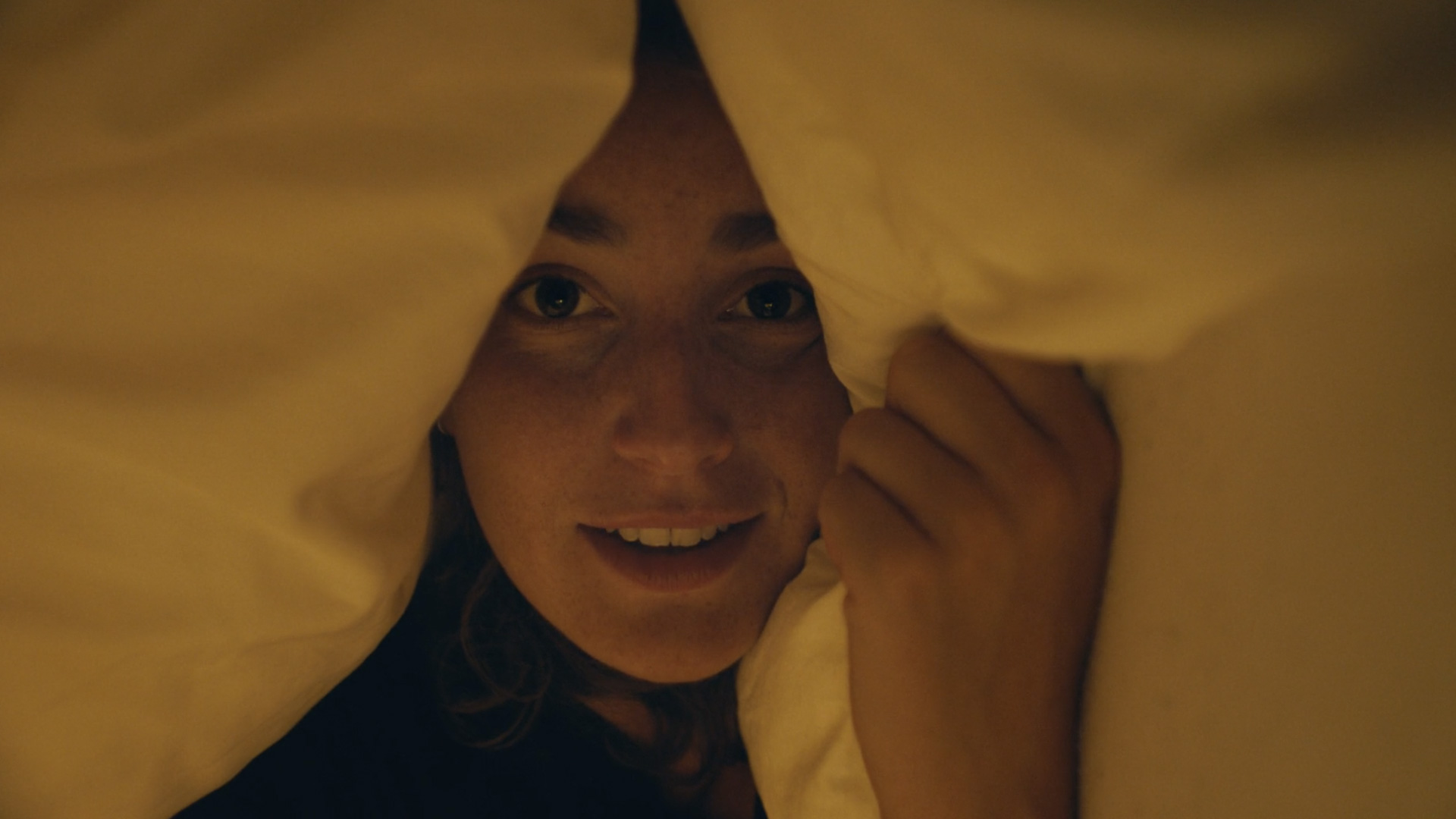 I’ll admit it…on the surface, Gianni Baha’s I Love You, I Love You doesn’t seem like a typical Short of the Week “kind” of short. After all, it’s more of a teaser—a set-up for a movie we don’t get to see. But, across it’s very brief run-time, it cleverly messes with expectations, toying with different genres until its big reveal. On principle, I tend to scoff at “punchline shorts” citing their lack of depth and reliance on manipulation to be interesting. But, even a curmudgeon like me has to admit that this short-short is predicated on a very good twist that not only surprises, but also hints at a larger premise that I would love to see fleshed out. In other words, as a teaser, it achieves exactly what it sets out to do.

All this to say, I think it’s worth noting that pulling off a twist like this takes a fair amount of craft— an understanding of genre and tone that allows one to set up an audience for one thing, and then, slowly contort it into something else. That seems simple in concept, but it’s actually quite tricky in execution, as it’s a balancing act between not revealing too much, yet also not relying on shock value or cheap tricks.

Of course, discussing this piece becomes difficult without venturing into spoiler territory, so without further adieu…

Horror and sci-fi pitches are somewhat ubiquitous in the short form space, and it’s for a good reason: in the low budget world of independent features, it’s easier to get financing for something genre and “sellable.” But, conversely, this means there are lots of horror teasers being made, most of them formulaic and forgettable. What I love about Baha’s concept is how it takes a familiar horror trope (the possession/exorcism narrative), but finds a very unique, yet relatable, entry point into the subject via our own “unconscious tics.” It manages to achieve the impossible task of giving the audience something familiar, yet also different. Baha cleverly subverts the poetic voiceover driven romantic montage format (quite common in shorts) and then totally pulls the rug out from under you. The result is that when the twist hits—you’re blindsided, hair instantly standing up on the back of your neck.

As Baha relates to Short of the Week:

“I’ve always been fascinated by tics, having struggled with them my whole life. Having no control over what I say or do is an inherently scary notion that I felt was worth exploring. However, I didn’t want to scare the viewer from the get-go, but rather create an intimate relationship drama that then sours. The bait-and-switch set-up of Rosemary’s Baby inspired the tone while the intimate and threatening close-ups of Silence of the Lambs inspired the aesthetic.”

Obviously, this film is a proof-of-concept for a feature length project, so Baha is hoping this teaser sparks interest as a creative an unexpected entry point into the horror genre. He also recently has completed two short films. Find out more by checking out his website at the link below.