Two friends locked in a love-hate relationship bury a dead frog as rain beings to fall. They make a fateful decision to wait out the storm under a tree and wake up in a world quite unlike the one they left behind.
READ REVIEW
Next Previous 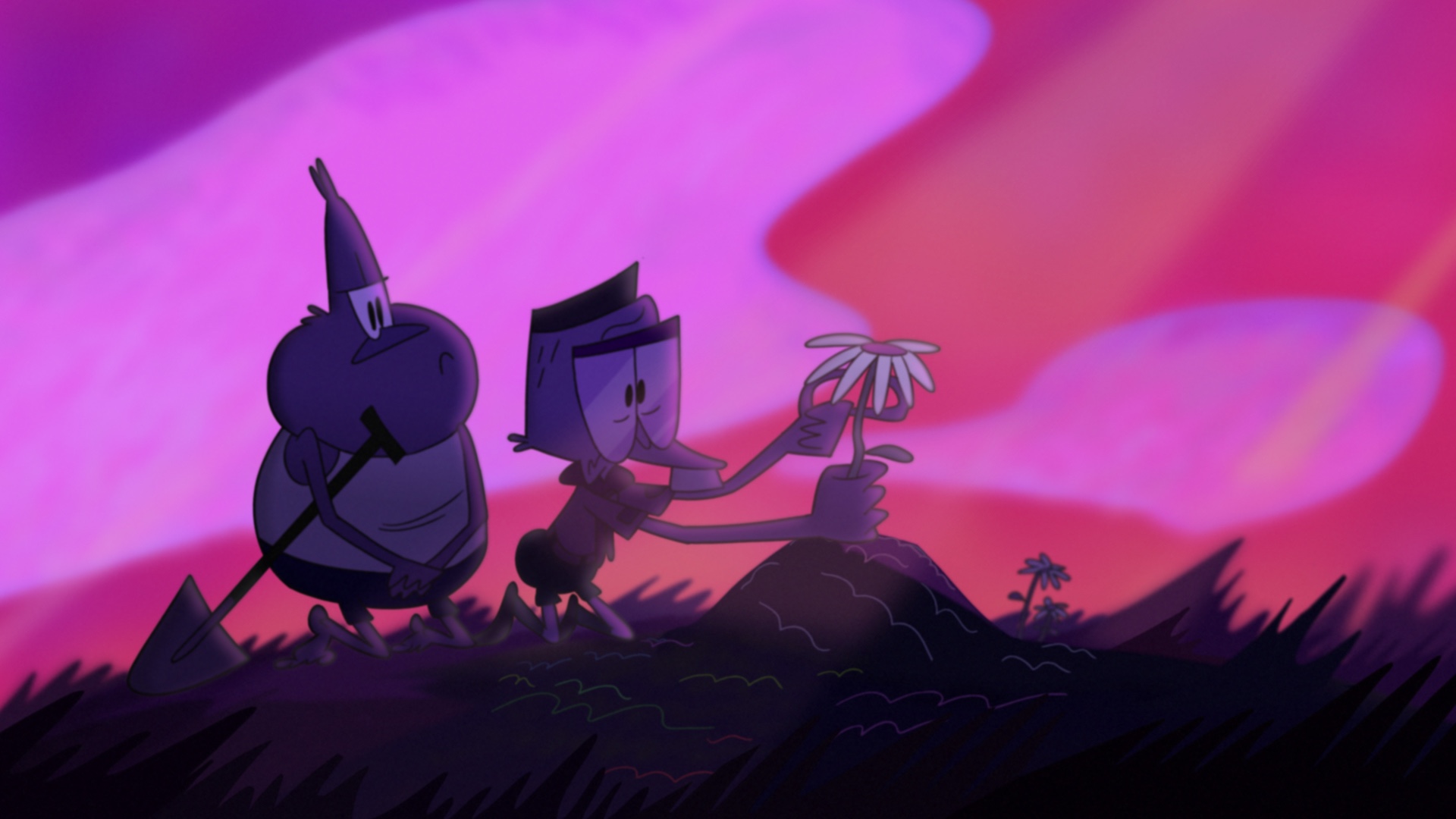 Short of the Week favourite Tim Rauch – one half of the Rauch Bros (StoryCorps) – returns to the site with exciting new hand-drawn animation Mushroom Park. The dark story of two friends who fall asleep under a tree, after the burial of a pet frog, only to wake in a strange nightmarish world, Rauch’s surreal film tackles many relatable themes, from love and forgiveness to mortality and redemption.

Created with the hope that an audience would watch this story of friendship and “think about the people they love and how far they’d be willing to go for them”, Rauch’s film is inspired by those friends or family members who stretch your patience and the strength of your bond. “Sometimes in life you will have a friend or family member who tests your ability to love”, the director reveals as we discuss the motivation behind his film. “We all screw up from time to time and need a second chance – because life is short and love is all we have”, he adds.

Featuring art direction from Bill Wray (The Ren & Stimpy Show, Samurai Jack), who worked with Rauch on the StoryCorps series, Mushroom Park feels like a visual head nod to John Kricfalusi’s cult series, along with other “adult” animations from around that time. Featuring hand-drawn animation, a psychedelic colour palette of purples, blues and green and of course Wray’s background work, Rauch’s short sports an aesthetic that is a dizzying blend of the cute and the unsettling. At times filling you with an intoxicating warmth, only to then give you a sobering slap in the face with the ice cold hand of existentialism.

Mushroom Park’s style isn’t the only surreal element at play in Rauch’s film, with a story featuring a giant zombie frog, an apocalyptic flood and a trippy floating sequence, it’s fair to say the narrative goes to some pretty weird places. However, it’s those universal themes I mentioned in the opening paragraph of this write-up, that tie the film together and make it likeable and engaging. Strip away the weirdness and what you’re left with is a story that reminds you of the importance of friendship, the importance of being there for people through the ups and the downs and I think we can all relate to that.