Reggie brings Dan to the desert to have him dig his own grave. It’s harder than it sounds.
READ REVIEW
Next Previous 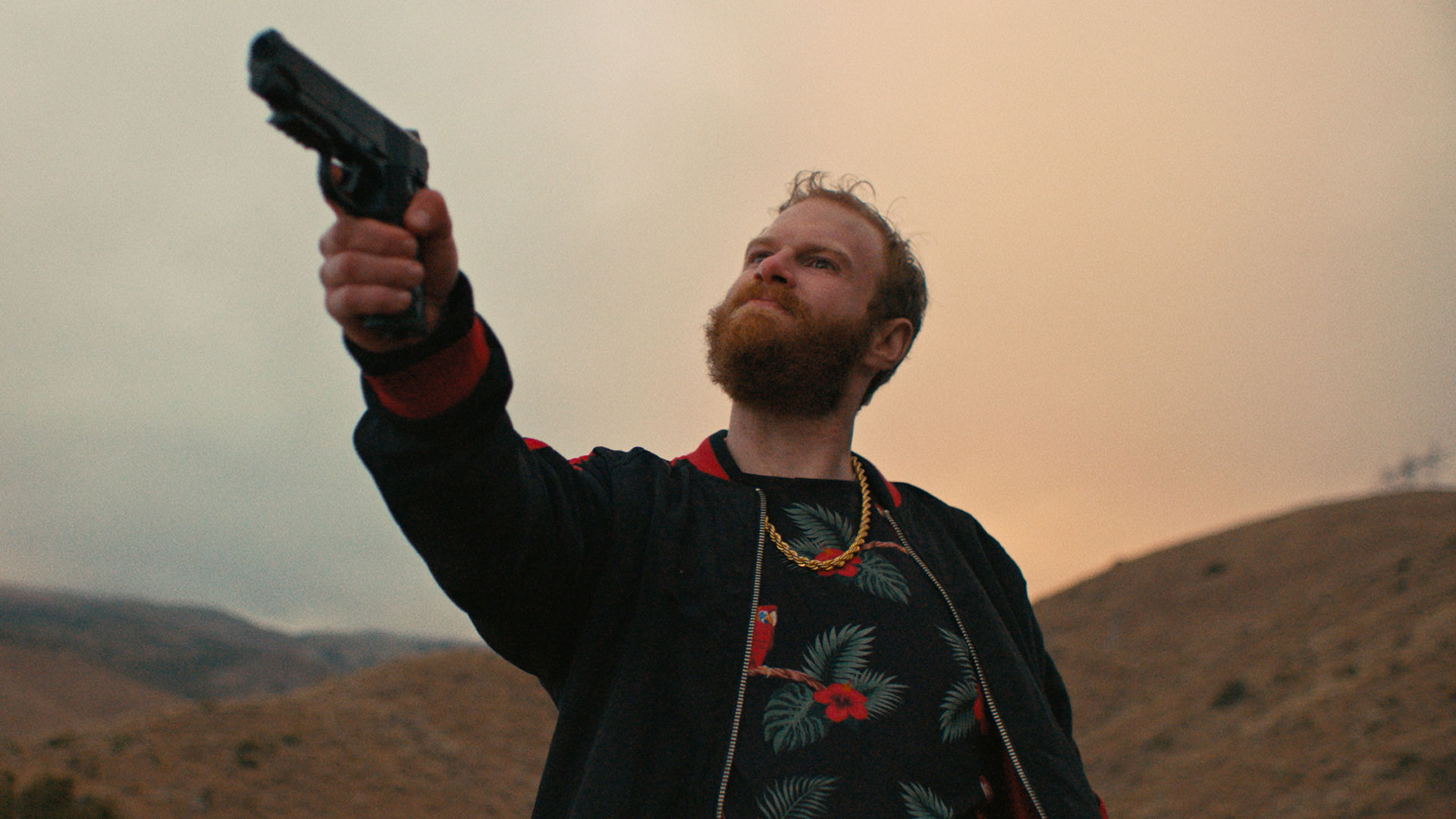 I’ve often heard movies described as “life…minus the boring parts.” It’s a somewhat succinct summation of cinema, but, ultimately, it makes sense. Movies trim the fat—the mundanity of every day life—and only focus on the important bits, which is why in mainstream movies, typically, menial tasks aren’t shown in their entirety.

Subverting that trope is the basis of Kirk Larsen’s clever comedic two hander—Dig Your Own Grave. A lot of folks die in movies, and, usually, lots of bodies need to be disposed of in the desert (or other remote places). The thing is: digging a grave is hard…really f-cking hard. Larsen’s central pitch is what if some bad boy mafioso’s one liner actually had to be carried out to its logical conclusion. By taking things literally, things go to bigger, dumber, and more hilarious places.

It’s a funny concept to be sure. And, while Dig Your Own Grave borders on sketch, Larsen’s film manages to keep the momentum going past the reveal of the initial joke—a joke that, admittedly, makes me giggle every time I think of it. It’s anchored by two strong, well-timed performances (Amos Vernon and Henry Zebrowski have great awkward chemistry), Moreover, as silly as the idea is, it’s grounded by a sense of reality that keeps things from being too broadly unbelievable. It’s a fine line that all comedy shorts have to walk and Larsen and co-writer Vernon tip-toe it gracefully. Endings are hard (especially in comedies and horror shorts) and this doesn’t quite nail it, but the ride is entertaining enough to make it well worth the time that must be invested to watch. It’s somewhat facil analysis, I realize, but landing jokes is actually quite difficult and there are far more hits than misses here.

In discussing his inspiration, Larsen tells Short of the Week: “

I wanted to honor my love for Scorsese, DePalma, and Hitchcock, while simultaneously loving the harmonic stupidity of putting two hilarious people together, like Step Brothers — or the funniest of Tarantino and Fincher’s work.”

I think that’s a succinct way of elucidating why Dig Your Own Grave is successful: in order to play dumb, underneath it all, you actually have to be really smart.

Larsen shot in the desert outside Los Angeles for a tumultuous two days with a hardworking cast and crew, led by DP Alex Chinnici. In post, he received finishing funds from the Hexagon Initiative (which features lots of S/W alum as members) to bring the film over the finish line.

As a writer/director, Larsen adroitly balances both technical craft and a sense of humor, the latter of which is noticeably absent in many “very serious” writer/directors making their way up in the industry. It’s this combination that makes him someone to watch. He’s currently working on a feature adaptation of Dig Your Own Grave, as well as other feature, television, and interactive projects.