When a young couple encounters a strange old man wandering in a snowstorm, they must decide if he needs help, or if he has more sinister intentions.
READ REVIEW
Next Previous 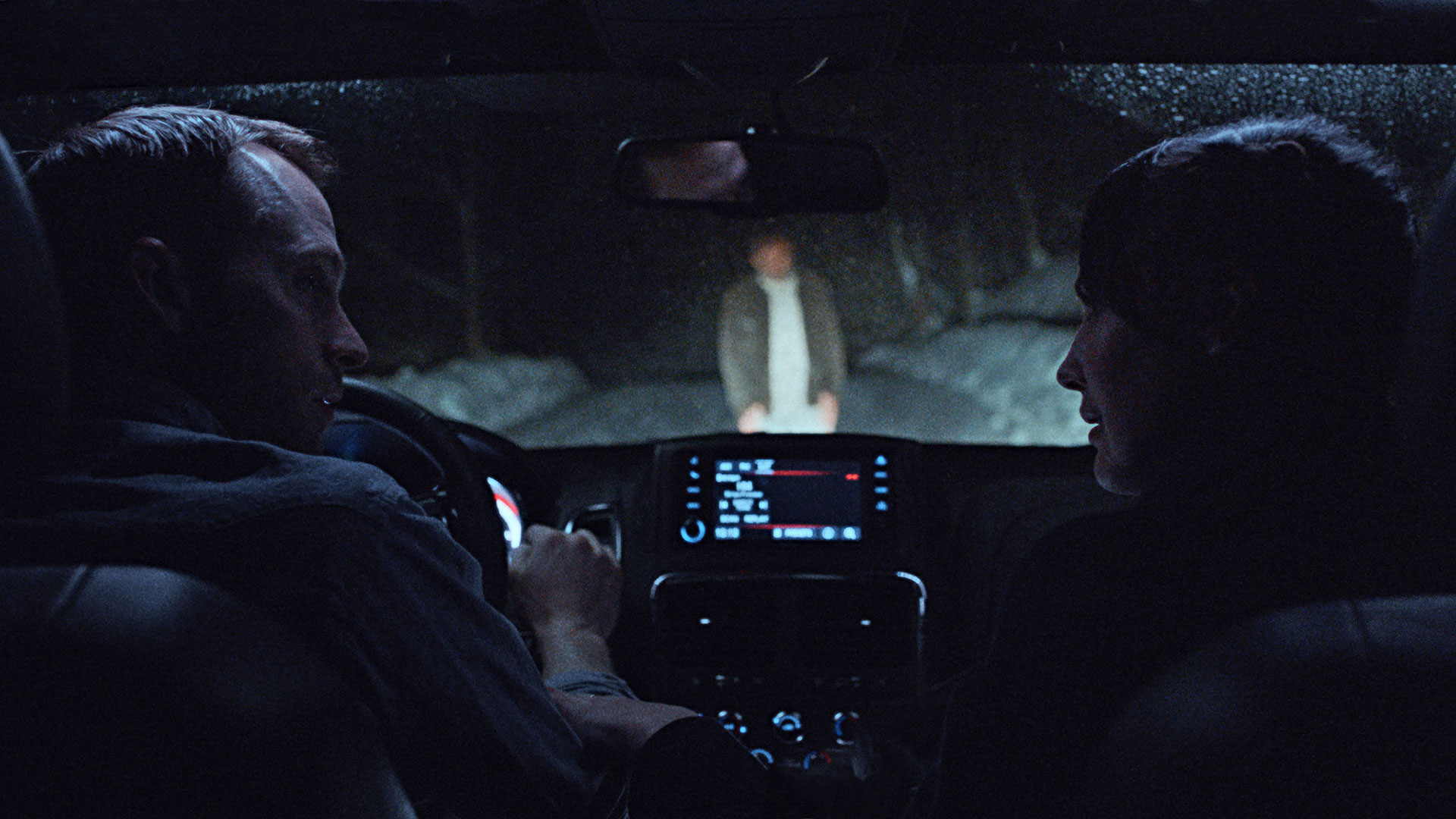 What can I say? I’m a sucker for a good single take film. As technology has gotten better and cameras have become smaller and more mobile, we’ve seen a flood of “oner shorts” hit the landscape. Some good. Most bad.

Whiteout from writer/director Lance Edmands is a tense, well-crafted single-take short. The gimmick here is that everything takes place from the perspective of the backseat of a car. Now, I don’t mean gimmick in a pejorative sense, but rather as a clever cinematic device Edmands employs for peak efficacy. Taking place on a dark rural road in the midst of a snowstorm, the confined backseat perspective is claustrophobic in the best of ways. You desperately want the camera to pan or reveal more information, but it refuses to. And, so, you’re left stuck with the protagonists as they handle a tense, unconventional, and uncomfortable situation in real time.

Purely on a visceral level, the result is undeniably engaging. Edits literally and figuratively cut tension, so by eschewing them altogether, the suspense becomes palpable. Moreover, I like that it’s essentially a horror/suspense film that doesn’t fall victim to the cliché tenets of the genre. It would have been so easy to make the antagonist a generic masked monster, but instead it’s just a guy…an unstable guy. And, as a result, it’s so much creepier. Likewise, we get a solid amount of character development, something which is often absent in films wholly devoted to a singular visual concept such as this.

The film has other things on its mind as well. While you could argue that its social commentary isn’t particularly deep, it’s very much present. Our protagonists, sitting in their warm Prius, represent a sort of enclosed privilege—a literal bubble—that sets them apart from the unknown “other” outside. One reason for the film’s effectiveness is that the protagonists are simultaneously insufferable and totally relatable: the sort of upper-middle class, self-aware white people who claim to want to help and be a force of good, but are left waffling and bickering when presented with the opportunity to actually do so. I don’t mean to suggest this is some sort of millennial class screed, but privilege is very much a part of what Edmands is wrestling with here. Endings are hard and I’m not sure this quite sticks the landing, but there’s no doubt it’s engrossing from beginning to end, leaving the viewer plenty to think about along the way.

“I think Whiteout is a story about how people react when their safety bubble is penetrated by the threat of the unknown. When our characters, Lydia and Jake, set out for home in a blizzard, they remain perfectly at ease in the comfort of their warm car. But when a strange man appears, their sense of privilege comes to a screeching halt. His neediness penetrates their security. That unstable balance leads to an immediate breakdown in communication between the couple. As they project their various theories onto this blank-faced man, all sorts of insecurities about their relationship come to light. Ultimately, the film is about how our insular lives often belie the lurking threat of the world around us. However earnestly we may try to construct our interior, the exterior always finds a way in. But what happens when we let our fear overwhelm our empathy? “

Whiteout had a solid festival run, playing Tribeca, Maryland, Palm Springs, and Fanstasia. We’re excited to feature the film as it makes its online premiere.