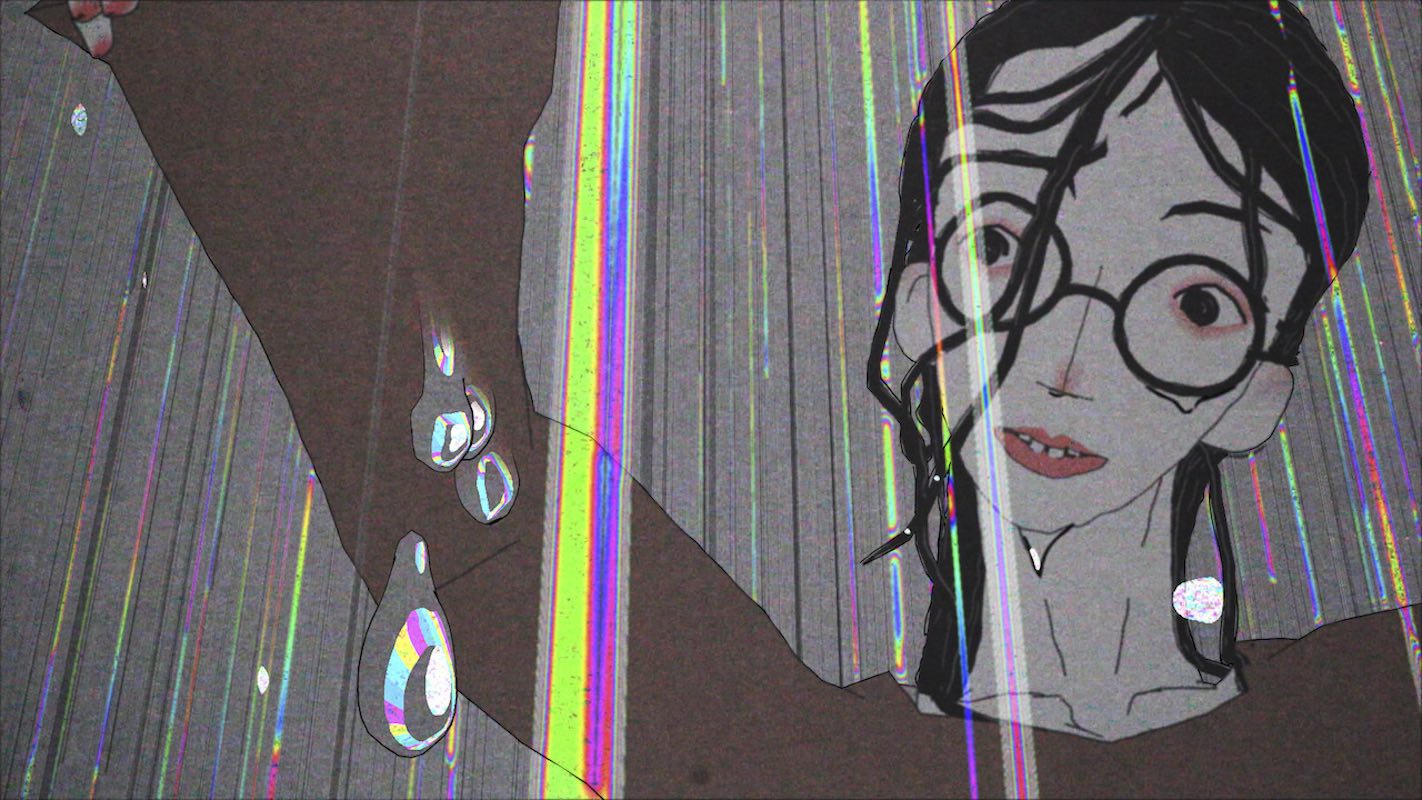 Screened at festivals worldwide and recently picked as Cartoon Brew’s ‘most popular’ title on the Oscar longlist, Tomek Popakul’s Acid Rain is undoubtedly one of the most discussed shorts of 2019. Released online for a limited time, this strikingly original film takes it audience on a pupil-dilating tour through rave culture, as we follow its protagonist on a journey to nowhere, in one of the most distinct coming-of-age stories you’ll see all year.

Inspired by the Biblical concept of ‘forbidden fruit’ and the real life experiences of Popakul and his friends, Acid Rain introduces its audience to its two main characters, Young and Skinny, as a chance encounter on a bridge brings them together. Joining them on an unusual road-trip as they visit Skinny’s Granny, pick mushrooms and frolic in rainbow rain, their trip comes to a disturbing climax as they speed away from a woodland rave in a camper van.

Though, the core of Popakul’s narrative is actually quite traditional when interrogated (Laura Snoad compares it to Bonnie & Clyde in her It’s Nice That article), the craft certainly isn’t. Employing motion capture to create natural movements for his characters and underscoring his film with the constant throb of electronic music, Acid Rain’s carefully-considered production is designed to completely immerse its audience in the vivid world Popakul has created. From the warped perspectives, undulating backgrounds and psychedelic palette the director perfectly captures the all-consuming experience of belonging to this particular subculture. Anyone who experienced the rave scene in the 90s should be prepared for some serious flashbacks.

Causing some debate within the editorial team at Short of the Week, with some believing its pacing and the sensory overload it delivers being more suited to the theatre environment, Acid Rain is a unique experience that is sure to delight as many as it frustrates. As someone who grew up on the doorstep of one of the UK’s largest illegal rave scenes and spent many weekends lost in abandoned industrial estates, disused quarries and wooded clearings, Popakul’s film holds a particularly evocative power over me. My own coming-of-age story happened at a rave just like the one in this story and although it’s not a time of my life I was particular eager to revisit, Acid Rain perfectly captures the disorientating feeling of losing yourself in this subculture. I’ve you’ve never tried Psychoactive drugs, you just got a taste of what that experience is like.

Acid Rain isn’t Popakul’s first short (Ziegenort & Black), but with such a bold and unforgettable animation, it feel like has now truly announced himself as a filmmaker you need to keep an eye on.