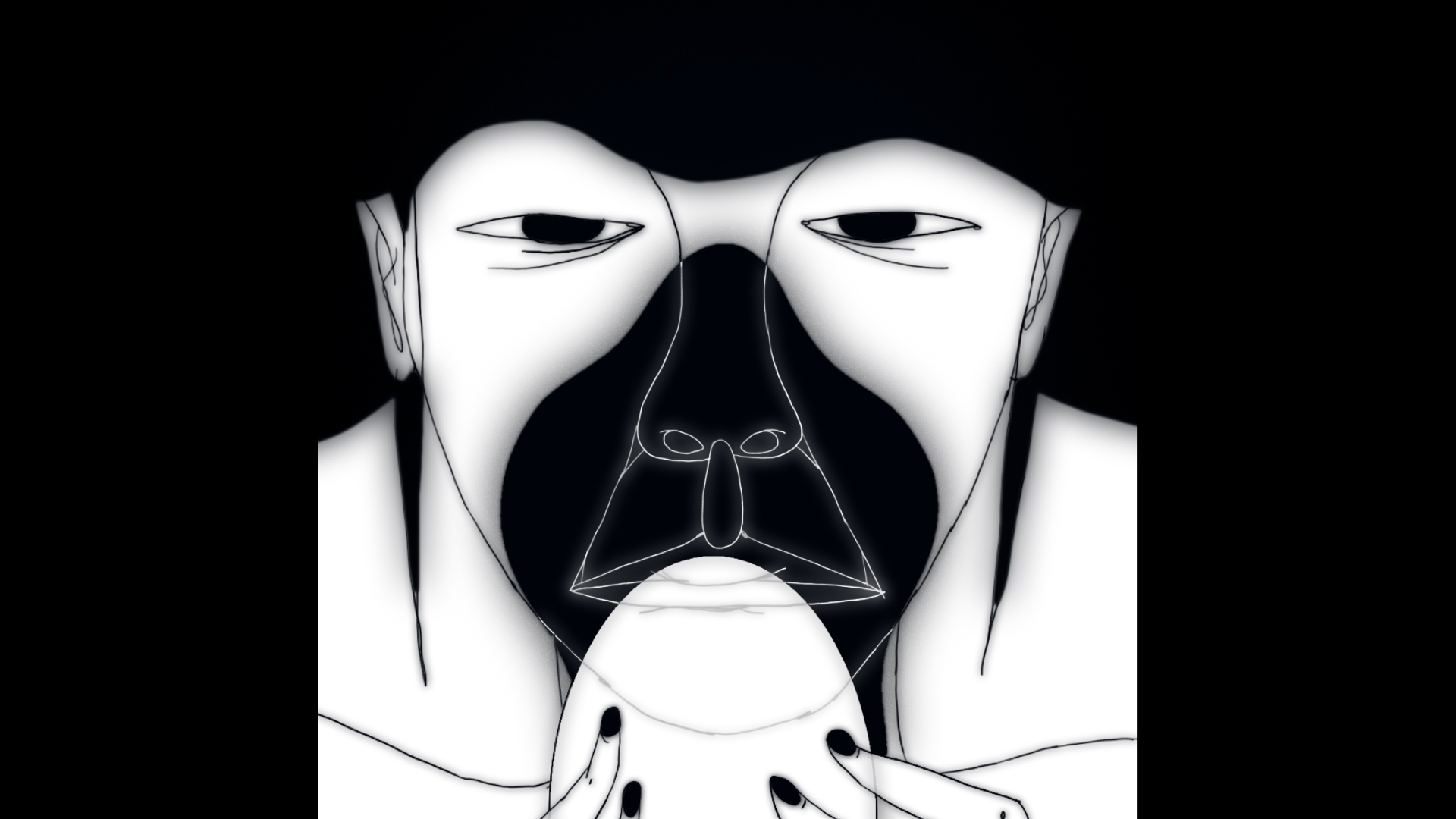 It’s not easy to make a good film about anorexia. The much discussed, yet rarely understood eating disorder is often portrayed using cliched tropes and a checklist of stereotypes—focusing on the physical manifestations, rather than the internal issues of its sufferers. Said sufferers are usually played by young, attractive women (check), who are vulnerable (check) and need to be saved (check). But Martina Scarpelli’s disturbing Egg offers a fresh perspective on the complex subject and uses the unique strengths of its medium to break through the limitations of the popular discourse. The 12 minute fantasy horror animation, inspired by the director’s own experience, is an exploration of strength, obsession and desire, and delves into the dangerously alluring nature of the illness, without ever glamorising or justifying it. Egg is a seductive contradiction—simultaneously beautiful and grotesque, soothing and brutal, filling you with dread and leaving you hungry for more.

Egg is the story of a young woman’s battle with anorexia, encapsulated in her turmoil at eating and digesting a boiled egg. The stark black and white, hand-drawn animation creates an artificially perfect world (with simple, angular shapes, offset by the roundness of the egg), reflecting the unattainable perfection, which so many with anorexia feel they need to embody. The main character is confined within a transparent, claustrophobic box, alluding to self-imprisonment, and the sense of being eaten up from within by forces you can’t control. The score is sparse, but effective, punctuating key scenes, while the sound design makes even the slightest of touches (from peeling the egg, to licking it with the tip of the tongue), burst with palpable sensuality.

When we asked Scarpelli why she created Egg and what she was hoping to achieve with it, she shared: “I thought it was an exciting thing to do. An exciting story to tell. And a story told in an interesting way. I wanted to make a film about this topic avoiding feelings like sorrow and pity, which are easy to evoke when displaying a young girl dealing with anorexia. I wanted to have a protagonist that is strong and fails. And that is ok to do so. Also, people think there is nothing attractive in such a disease, or rarely associate it with sexuality, which gives the film an interesting point of view, I guess. I knew I was going in a weird direction with this film, but I liked it.”

Scarpelli’s first stroke of genius is choosing an egg to represent her character’s desire, temptation, and ultimately, her demise. It shows that for anorexia sufferers, even the most simple and readily available of food items can become an all-consuming obsession. When the young woman finally gives in and eats the egg, the director takes us on a sinister journey inside her body as the egg travels through her digestive system. The sound design marries the visuals perfectly here, and the process becomes painstakingly drawn out, almost an assault on all our senses—something akin to how a lot of people with eating disorders feel when having food. And just like succumbing to temptation often does, the initial euphoria is instantly replaced with guilt and self-loathing.

While I’ve never suffered from anorexia nervosa, I’ve always had a bit of an obsession and a love/hate relationship with food. In my teens, I used to frequently visit pro ana sites (websites actively encouraging starvation), as well as any others on extreme dieting, and devour the often disturbing information with sickening pleasure. Egg really spoke to me (with that soft, enticing voice, barely above a whisper), because it captured this inexplicable seductiveness, but also the ugliness of the eating disorder, like nothing I have seen or read before. This is a deeply personal and wholly original film which eschews the cliches and in doing so, touches a wider truth.