Sam knows the only way to survive junior high is to stay below radar—but all that changes when he discovers he has superpowers.
READ REVIEW
Next Previous 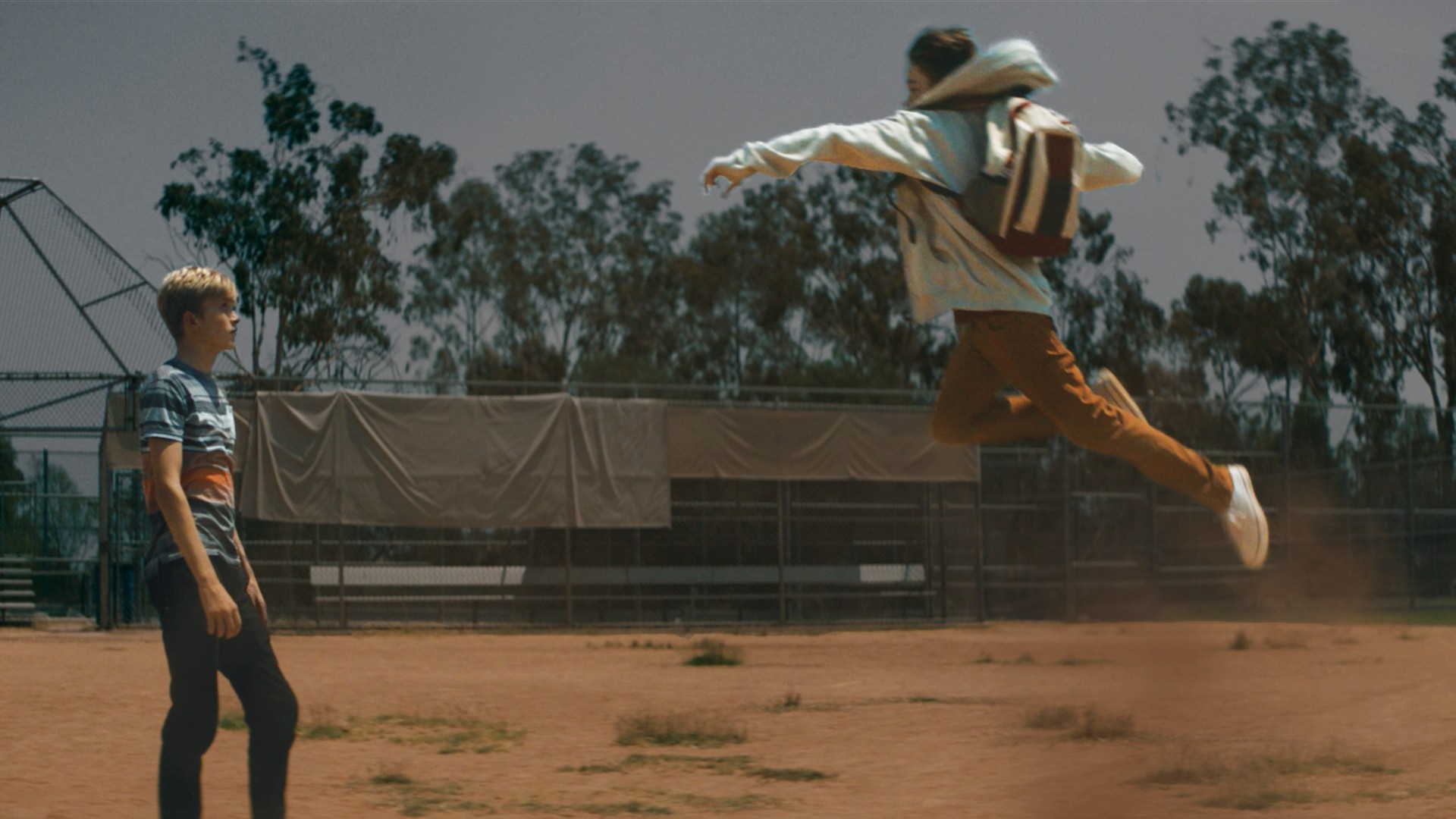 Subverting the superhero genre to small-scale humanistic ends, Jeremy Merrifield’s Balloon is the story of a boy who tries to make it to graduation without compromising his sense of right and wrong. The film plays with the juvenile power fantasies of the genre, but diverges in its focus on the moral conflict that power represents, and by contextualizing that conflict within contemporary themes of bullying and toxic masculinity.

Following our protagonist, Sam, as he goes through the motions of his junior high life, we see that he’s a victim of recurrent bullying, who just wants to exist below the radar. Sam is not your typical boy though—he is mentally strong for one, and just happens to have discovered that he has superpowers…

Unlike the clichés of the genre, Merrifield perceives said superpowers as a metaphor for inner-strength, rather than a power that can be used to exert one’s will, which he believes is as damaging for young boys as ‘princess culture’ is for young girls. While super-heroes have been traditionally portrayed as forces for moral good, it is impossible to ignore that their nature is to dominate through force. Merrifield makes this contradiction the heart of the film, via a bullied character that that refuses to hit back. The result is a polished work that, despite the high concept, is more akin to a dramatic character study, not allowing the fantastical nature of its premise to overpower the human story at the center of its narrative. By choosing not to give in to the cycle of aggression and violence, Sam shows us how hard it can be to stick to your principles, especially in the face of aggression and humiliation.

The title of the film might not be that obvious at first, but if you pay close attention, you won’t miss the moment the balloon escapes the bully’s violent outburst and Sam quietly watches it flying away—probably wishing he could simply do the same. Merrifield’s inspiration for his short came partly from a junior high memory of a school-wide balloon release (back in the days when releasing latex in the atmosphere seemed trivial) and the promise of a potential pen-pal, to help ease the isolation he felt at the time. The larger inspiration though, came from the director wanting to discuss the “slew of disappointing male leaders in the news” and explore the notion that the only real role models young boys have are the “ubiquitous masked superheroes in our movies”.

From the very beginning, the film perfectly captures the school experience; active shooter training (provided by a cop portrayed by Paul Scheer), casual homophobia and online bullying with viral videos. To get the most out of his young actors, Merrifield only provided scenes without dialogue, hoping for more spontaneity on the day. On set, it became a collaborative process between his scripted dialogue and what the actors brought to the table through improvisation. This approach really pays off, as the authenticity is almost scary in the scenes when Sam’s peers all turn against him or incite violence with their phone cameras on. Jonah Beres is given quite a meaty role as Sam, and he fleshes out his character in a remarkable way. He shows his vulnerable side as well as his more empowered/confident moments in a genuine way, never overdoing it.

A finalist at the Student Academy awards, Balloon has had quite a festival run, premiering at the Palm Springs ShortFest and has an upcoming screening at AFI Fest. Merrifield’s short also qualified for Oscar consideration at Hollyshorts and the filmmaker is now already working on three new projects, including a feature based on Balloon.