CURRENTLY OFFLINE - In outback Australia a wild camel is captured and fitted with a tracking device known as a Judas Collar. A scripted, no-dialogue, live action short that explores the story of a camel used to betray her kind.
READ REVIEW
Next Previous 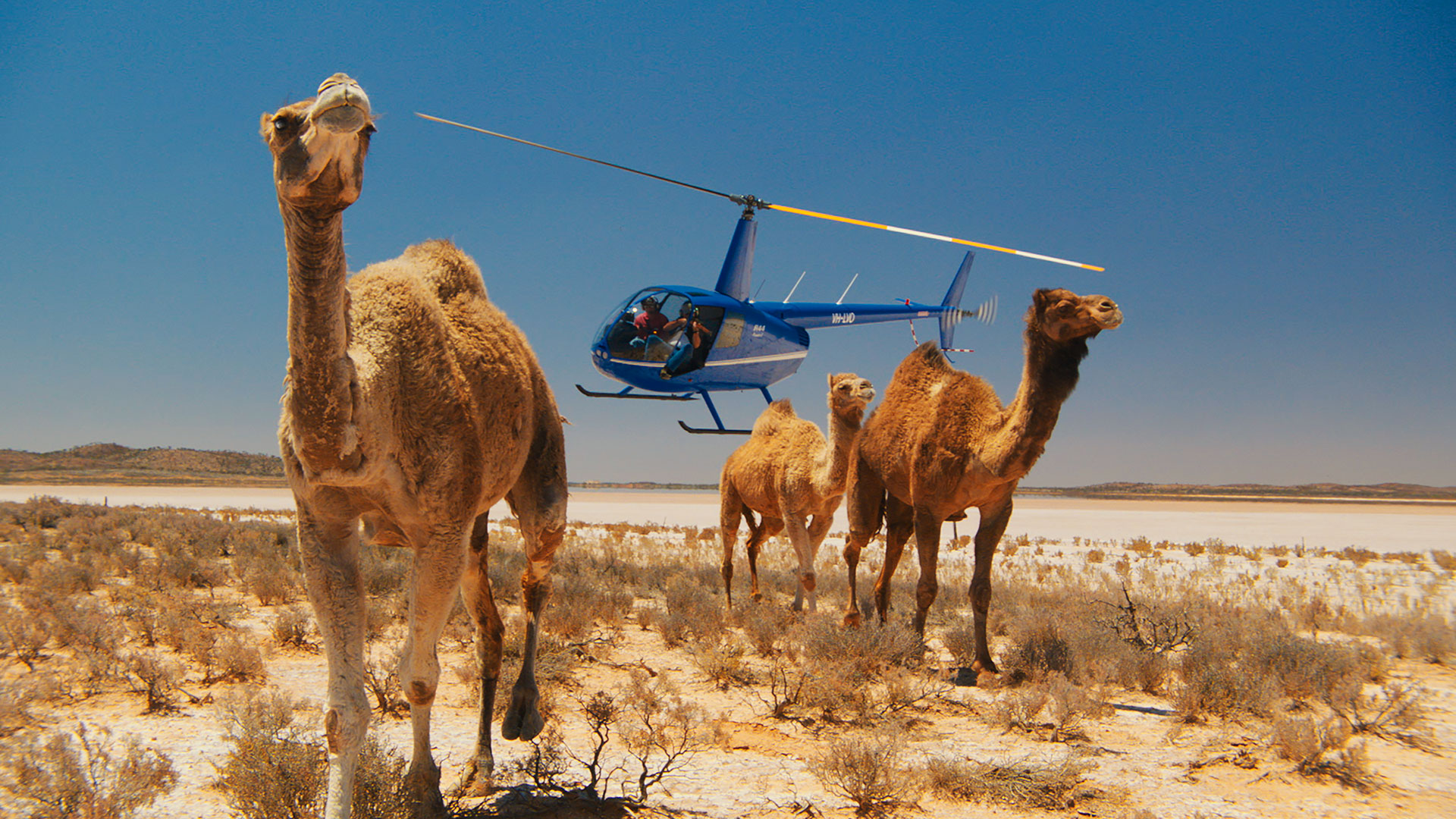 They say don’t work with children or dogs. But, what’s the verdict on…*checks notes*…camels?

File this short under “film you never expected to see.” Judas Collar is a dialogue free narrative about a wild camel who is conscripted to betray her own species. And, yes, it’s a real camel…none of this CGI Disney Lion King “live action” nonsense. Australian filmmaker Alison James— working with a small army consisting of artists, scientists, animal wranglers, and even helicopters—has made a film that, on the surface, seems sort of impossible: a harrowing character drama where a wild animal is the star.

The real feat here is how it takes potentially preachy advocacy and/or boring nature doc material and gives it a new perspective via narrative structure. The result is something that will make you feel a tremendous amount of empathy for its non-human characters, proving that the best way to make people care about any particular cause is to simply tell a good story. This easily could have been a polished nature documentary—the kind with lots of pretty drone photography, talking heads, and a MusicBed ambient score. But, the unique narrative approach demands a viewer’s engagement. It’s a film with epic structural elements: a camel who unknowingly brings tragedy to her loved ones, an outcast’s journey to find a place she can call home, and, ultimately, the heartbreaking choice to wander the earth alone.

On a production level, it’s gorgeous. You can feel the sun-baked Australian landscapes—each locale is more visually impressive and immersive than the next. Director Alison James is uniquely positioned to make a film of such a unique nature. Before transitioning into scripted work, she directed over fifty hours of factual television, working for national and international broadcasters including Discovery, National Geographic, and The History Channel. Her non-fiction resume has given her a passion for exploring complex issues, and Judas Collar bridges the gap between her documentary background and her narrative film ambitions.

As you might imagine, creating the film was no easy task. James and her team transported eight camels and a helicopter a thousand kilometers north of Perth. With a crew of fifteen, they filmed over the course of six days in over 100 degree heat in remote desert conditions. Because working with wild animals is not an exact science, the amount of time it took to get each shot varied wildly. Sometimes they’d get what they needed in seconds, other times it took up to 4 hours and 17 takes to get the right moment: an exercise in both creative ingenuity and patience. In order to keep up with the camels without compromising the quality of the shots, cinematographer Michael McDermott built a scaffold and mounted two MoVI units on the front and rear of a flat tray SUV. This meant James and her team were driving off road, over rocks, sand and shrubs at high speeds of up to 25 mph (40kph) and were still able to capture beautiful, smooth images.

Judas Collar was nominated for an Australian Academy award (AACTA) and won Best Short Film at the Austin and St Kilda Film Festivals, twice qualifying it for the Oscars. James is currently working on a feature screenplay in Australia and the US.