A classroom erupts into a war of words as students grapple with a seemingly simple prompt: what is the opposite of a gun?
READ REVIEW
Next Previous 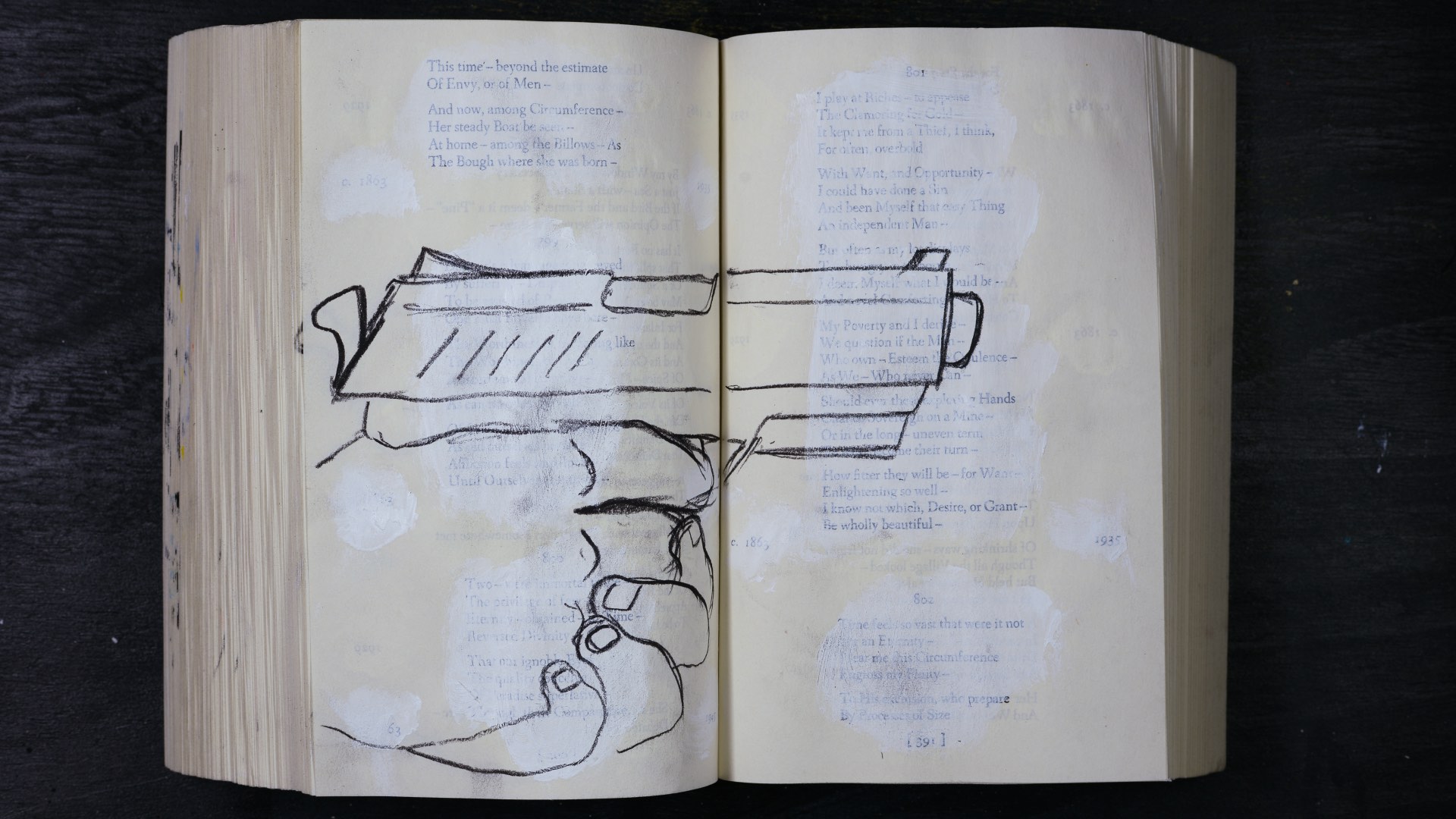 An experience a schoolteacher has in his class becomes a poem created for a Gun Violence Awareness Day rally, lines from which become banners at the March for Our Lives demonstration. Brendan Constantine’s poem The Opposites Game has had some journey. Now an animated short created by Lisa LaBracio and Anna Samo for the TED-Ed There’s a Poem for That series, Constantine’s powerful words continue to travel the world, inspiring discussion about gun control.

A flower? A hug? A midwife? What is the opposite of a gun? Based around a classroom game of antonyms, this is the question at the heart of Constantine’s poem, cleverly translated to screen by directorial duo LaBracio and Samo.

“Animation is also a language, and animating a poem is a conversation”, the directors explain when discussing their “experimental” approach to this production. Switching between structured and improvisational work, the pair worked in separate studios, but constantly communicated, using their animation to pose and answer some of the big questions contained with the poem.

Animated directly under the camera, on the pages of books containing Emily Dickinson’s poetry, the aesthetic feels like the perfect match for a story about the power of words. Inspired by the idea of an “empty poem”, the first sketches for The Opposites Game were created on pages painted white, with certain words remaining – an apt reference to Blackout Poetry.

“It felt peculiar to white out poems in order to draw on the pages”, Samo reveals as we discuss why they chose this particular approach, “it felt as though we were silencing them, so we pushed it even further and reduced the image to just the text painted over. Working with charcoal pencils and dry pastel for splashes of color, we drew each frame, turned the page, and began a new drawing on the next one.”

As a teacher herself, LaBracio admits to initially being somewhat amused by the poem when she first read it, knowing how simple lessons can quickly turn into something else. Once over this relatable element of the work, as the words sunk in, she felt them “hit me in the pit of my stomach”. For me, this is exactly why I keep returning to The Opposites Game and exactly why I wanted to feature it on Short of the Week.

It’s a film that manages to be deceptively simple, yet all-consuming. A film of childish simplicity, riddled with thought-provoking discussion. To echo the words of Constantine’s poem, this is a film about “everything in this room and outside this room”, “it’s everything we said” and “everything we didn’t say”.

Despite being online since June 2019, I first experienced The Opposites Game at this year’s Encounters Short Film Festival, where it screened as part of the Get Real programme. The film has also won Best Animated Short at Raindance and Best Gallery Film at Anima Mundi.