When the wealthy patriarch of a family dies, his bereaved family discover an unusual request in his will—he demands to be stuffed and kept on constant display in their home.
READ REVIEW
Next Previous 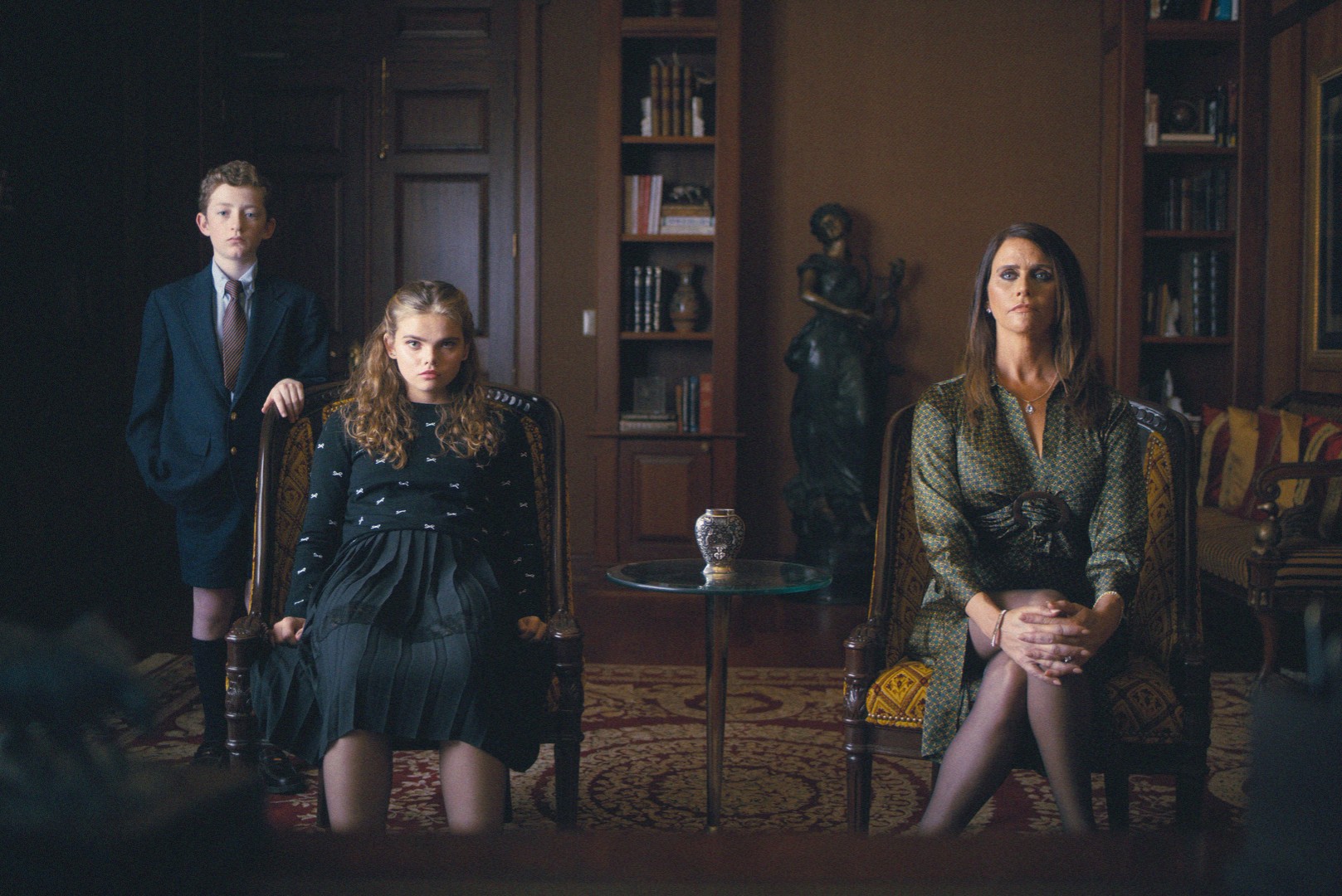 Twice a Short of the Week alum, Matt Kazman is back on this website with his latest film, one filled with his trademark dark humor. Father Figurine imagines how grotesque the life of the 1% can be when a family experiences the loss of their emotionally distant patriarch. His unusual dying request prevents them from moving on, as his appetite for control reaches out beyond the grave. It may or may not have been loosely inspired by a very (in)famous American family, but independent of politics, Kazman, under the disguise of dark comedy, delivers a story that is thoughtful about grief, and the perverting nature of power amongst the upper crust.

We know Kazman for his acclaimed coming-of-age stories (Flagpole, Killer), but here, he stretches himself to tackle new topics. The bubble extremely wealthy families live in, their insular lifestyle, and what the dinner table dynamics look like, serve as his fascination. To make it even more awkward and pleasant for the audience, he created a family that does not know how to talk to one another. Exploring these warped dynamics required a high-concept hook however, and Kazman produces a doozy—subverting grief (a theme already present in Killer) in the form of a stuffed corpse!

When he wrote the screenplay, Kazman knew it was not going to be made for some time. The vision he had for the film required a certain budget to pull off the lavishness of his characters. A grant from the SHIFT Creative Fund allowed him to produce the film in the “grand” way he wanted to film it. This all contributed to the visual aesthetic of the film. From the location, to the set design and the costumes everything is carefully curated to give an authentic feel to the atmosphere he created for this family and their home.

With his DP Ryan Nethery, Kazman opted for a visual style that would magnify the family’s dynamic and their lifestyle. Using photographs as references, they constructed every frame and used longer takes, with less shots and no camera movement. The 3:2 aspect ratio and vintage lenses bring it all together on screen with a still-portrait aesthetic that perfectly recreates how stuck the mother feels, how uncomfortable they are together, how disconnected and detached they feel.

The screenplay has Kazman’s distinct dark kind of humor, with the perfect sharp wit and balance given the emotional aspect of the narrative. It is also written in such a realistic way that the whole story feels believable and develops in an emotionally liberating way for his characters. The dramatic interludes give a great comedic relief and pacing to the story. The three characters are greatly written and represent three different personalities at different stages in their lives, which makes the variety of perspective fun. Katherine Reiss and Ryan Foust are super compelling and funny as the two children going through the motions, and finding their own way to move on. While Amy Landecker is quite remarkable playing the bereaved ex—as the adult character facing inner turmoil over the years she has spent with this (frankly horrible) man, her performance is nuanced and hilarious in the darkest way, with individual notes to her performance punctuated by her always impeccable comedic timing. Endings are hard in shorts, but Kazman wraps up Father Figurine in grand style—delivering an ironically triumphant conclusion that allows us to go out on an uplifting note.

Father Figurine was selected, to name just a couple, at the Palm Springs ShortFest and Seattle Int’l Film Festival ahead of its online premiere today. Matt Kazman already has other projects in the pipeline, including a feature length version of Killer, and a series that expands on the world of Father Figurine. But, most importantly for us, he has a short film he is currently wrapping up as well as another one he hopes to shoot soon.