A giant girl (Charlyne Yi) feels out of scale in her colorful little town, only to realize she takes up just the right amount of space.
READ REVIEW
Next Previous 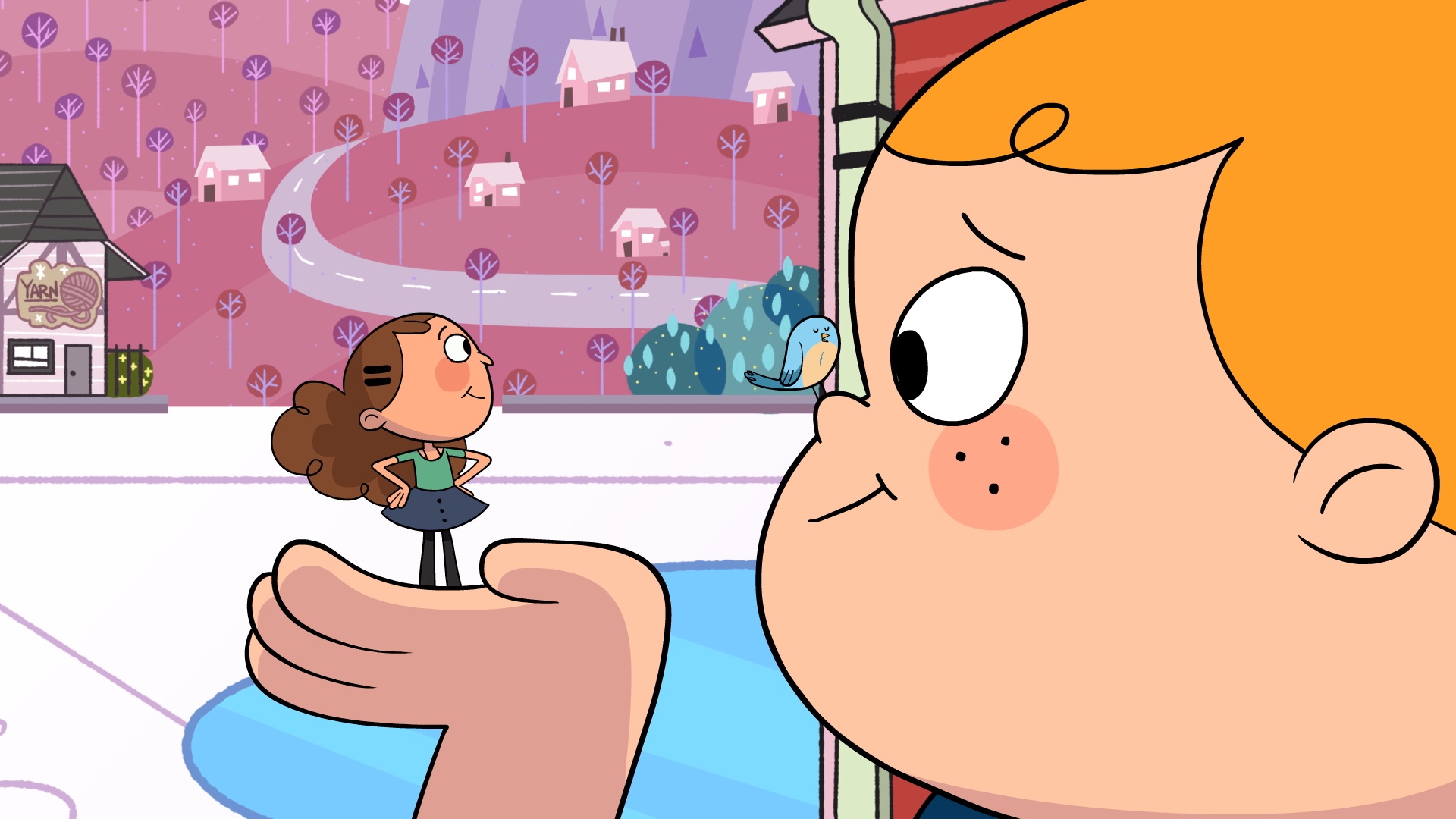 Welcome to the world of Goldie, an energetic animated short about a giant girl in a normal-sized town, by Pubertina creator and Hilda Story Editor Emily Brundige. A short that falls into that category of family-friendly viewing that you’d happily put on for the kids and then sit-down to watch yourself, Goldie is a joy-filled film, that’ll leave you craving more of its sugary goodness.

Brundige’s breezy five-minute short introduces its audience to its giant-hearted titular protagonist, as we witness her struggling to feel accepted in a place she could (and sometimes does) easily destroy with a few swift kicks of her size 100 shoes. Setting out to spread the message that “there’s no person too big or too small to be loved in this world”, the director hopes the positive nature of her narrative will speak to both children and adults alike.

With the concept for Goldie originally coming to Brundige in the wake of the 2016 US election, she felt it was the perfect time to create a narrative around a “girl who takes up space”. Though the film took two years, from inception to conclusion, to complete, she still feels the world needs a character like Goldie – a giant girl with a giant heart.

Created with the support of a talented team of friends and artists and made using a selection of Adobe software (drawn/animated in Flash/Adobe Animate, backgrounds created in Photoshop, composition in After Effects and post in Premiere), Brundige brings her larger-than-life character to screen via a vivid aesthetic brimming with rainbow-filled skies and candy-coloured landscapes.

Goldie is a triple threat of a film; great to look at, hugely enjoyable and possessing a strong message, that somehow never feels forced down your throat.

With a project currently in development at Netflix and an animated-series, aimed at adults, being pitched with production company 6 Point Harness, Emily is also hoping this isn’t the last we’ll see of her giant-hearted protagonist.

“I have dreams of Goldie becoming an animated series for young kids, maybe a preschool show”, she reveals when discussing future projects with S/W. “I would love for young girls and kids alike to grow up with a larger-than-life female character such as herself.”