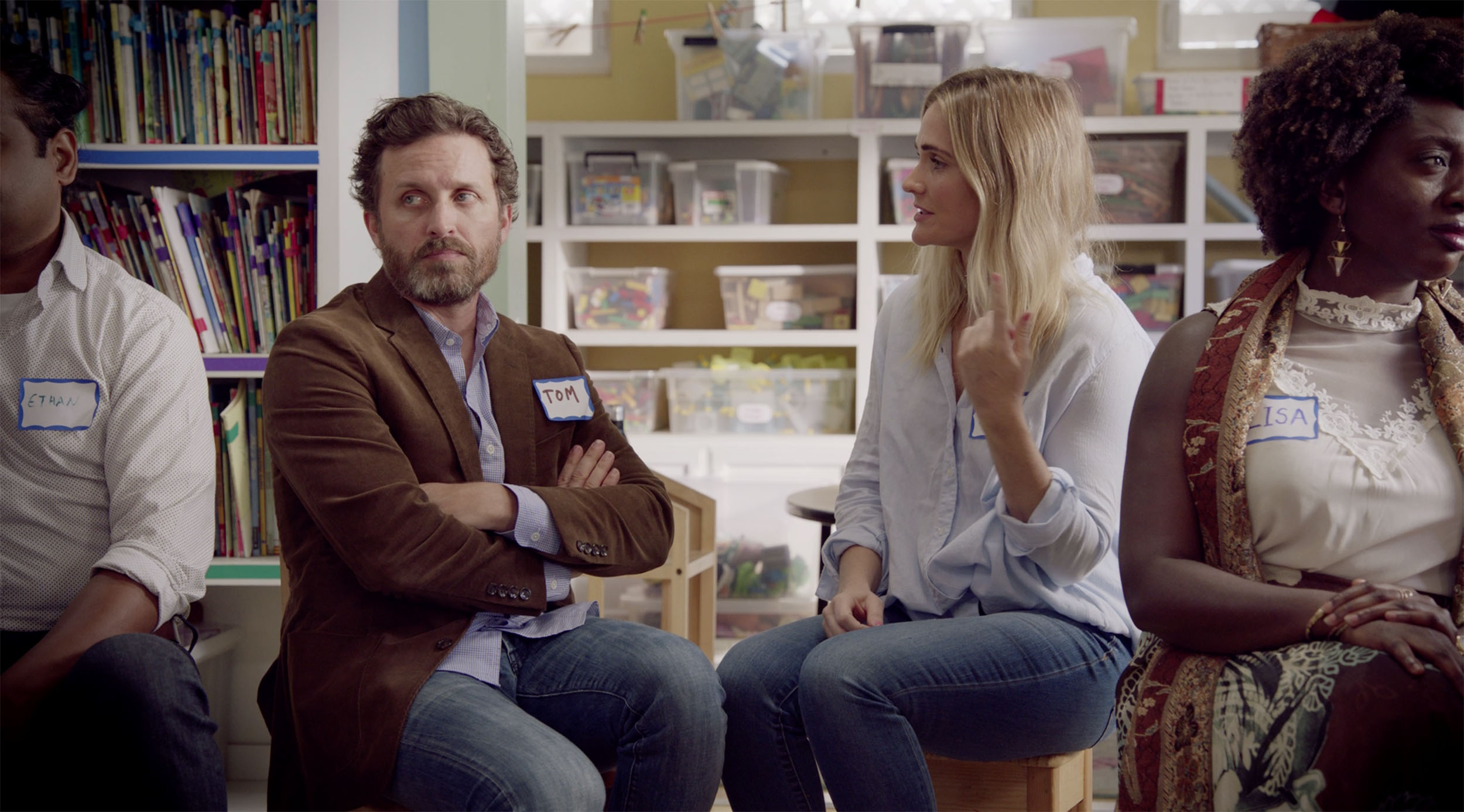 Do you ever feel tempted to say or do something random, funny or just weird enough to throw the balance off normality? Like bursting into song when travelling to work on a busy train. Or going into great detail about your crappy day when the barista serving you coffee asked politely how you were. Whilst these small acts of pointless rebellion might seem like a fun idea, the chances are they wouldn’t go down so well. As is the case in today’s brilliant short comedy Five Minutes.

Based on a true story, the directorial debut of actress, producer and writer Justine Bateman (Family Ties, Arrested Development, Desperate Housewives) premiered at Toronto Film Festival in 2017 and has since had a very impressive festival run, including the Tribeca 2018. And the reason is simple. Five Minutes is just so damn funny and disarmingly relatable, you will not only feel compelled to immediately watch it again, but maybe even to act on those naughty ideas yourself.

The story takes place at a progressive elementary school, during a ‘talking and listening’ exercise at a parents evening. Jaded by the mundane life stories of those around him, Tom decides to make things a little bit more interesting when it’s his turn to share. And, as you may have guessed it, it doesn’t quite go to plan. The 10-minute short is hilarious and cringe worthy in equal measures, and it’s one of those rare comedies which gets better on a second and even third watch. It will keep you grinning for hours, even days after the credits roll.

Everything here is deceptively simple. But in fact it’s all masterfully handled and executed – from the sharp dialogue, to the beat-perfect delivery and the confident direction. Careful attention has been paid to the smallest of details and the result is a neat, hugely appealing package of comedy gold.

When we asked Bateman why she made Five Minutes, she replied: “for three reasons; one, it was a completely gutsy and outrageous real-life act. Two, it’s the perfect short film story. And three, people forget that our formalities and societal structures are all just agreements we have with each other. When someone pushes against the “agreement,” it can cause a necessary chaos. This “pushing” can serve as a mirror in which we can see the ridiculousness of our adherence.”

And I wholeheartedly agree with her. Committing small (but legal, I must stress) acts against what is considered socially acceptable or normal, is a great way to shake things up and take control of your own behavior. I might even go as far as to say that it makes you feel alive. So next time you feel bored of life, maybe during parents evening, or a team meeting in the office, just take a leaf out of Tom’s book (or any other work of fiction) and have a little bit of fun with it. And, if it goes down like a lead balloon, you will at least you’ll be able to laugh about it for years to come.