In a kitchen, a mother and a child struggle to establish dialogue. As adolescence approaches, questions about one's gender identity collide with the indifference that prevails within the household.
READ REVIEW
Next Previous 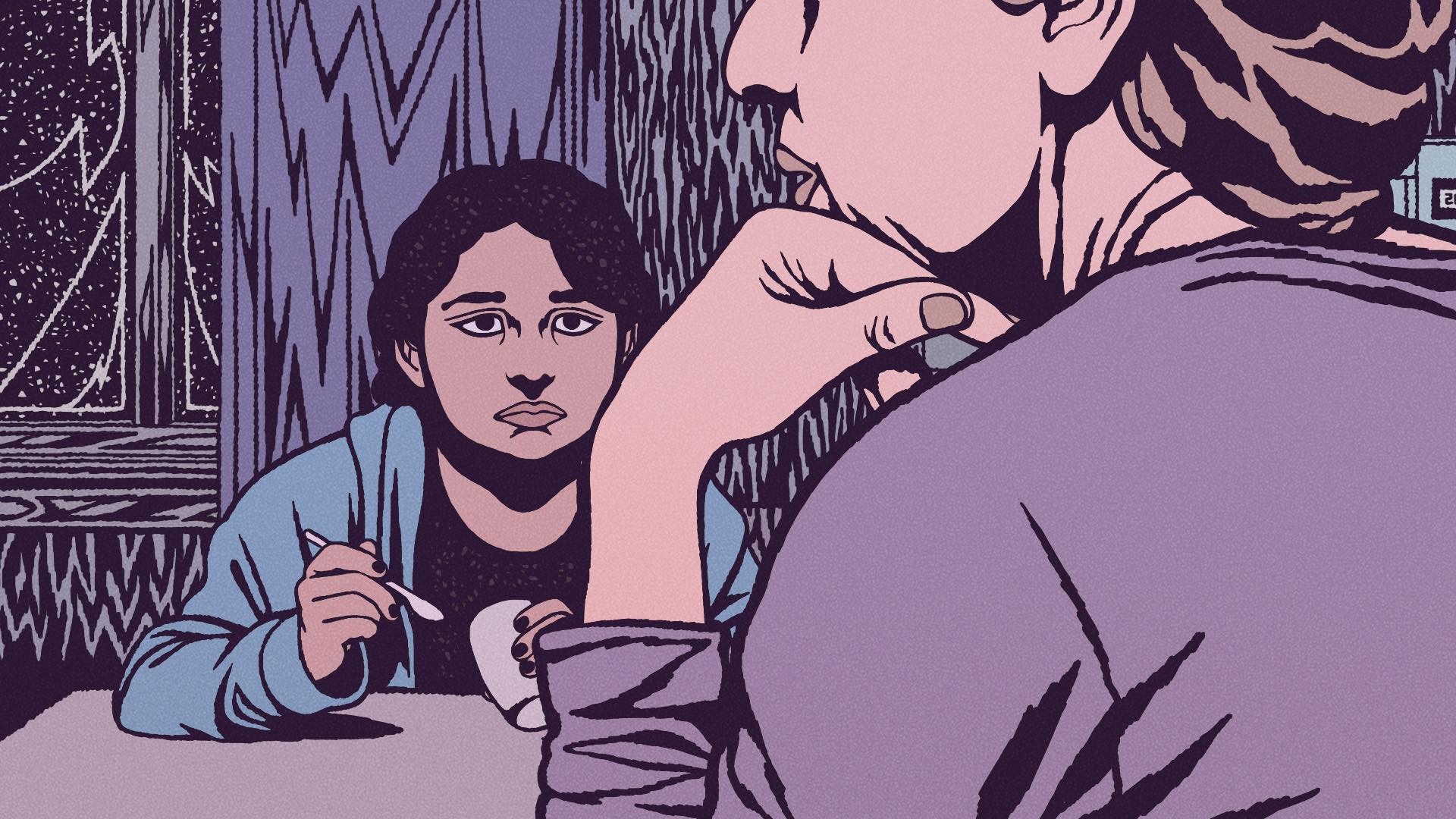 Setting out to create a story they hoped would “allow trans and non-binary children and adults to recognize themselves and to feel represented”, Kelsi Phung and Fabien Corre’s student short Les lèvres gercées impresses with its important storyline and bold aesthetic. Inspired by the Gender Revolution feature-length documentary, this five-minute animated short from GOBELINS, l’école de l’image is a topical, impactful watch due to its grounded, authentic narrative and relevant subject.

After watching that aforementioned feature, Phung and Corre found they were impacted by one specific scene – where a mother explains that she first opened her eyes to the trans identity of her child when she was 7 years old and told her Mum that she would rather die than not be able to be herself as a girl – touched by this moment, the directorial duo set out to explore this scenario further in Les lèvres gercées.

Phung and Corre adopt a subtle approach to their storytelling. As a viewer we never feel like we’re being force fed this narrative, instead each brief glimpse into this family’s life reveals a little more, helping us arrange the pieces of the puzzle and make our own internal calculations on exactly what is going.

Les lèvres gercées never feels like a piece claiming to have all the answers, instead it feels more like a discussion starter, a film designed to get you talking. Something the filmmakers were certainly thinking about when making it – “We hope that it will open up conversations within families and contribute to the building of a society that doesn’t tell LGBTI+ people to hide or to be ashamed of themselves”, Phung reveals. “We hope that it will help our siblings to not be afraid to exist.”

Animation is well-known for exploring fantasy worlds, but inspired by a real-life story and made using live-action shots as references, Les lèvres gercées isn’t a film looking to inject a little escapism. This is a piece of filmmaking that feels very current and very genuine and we hope that by sharing it, not only will it entertain you, but hopefully it will make you see (or want to see) the world a little differently.