**CURRENTLY OFFLINE** - Nominated for an Annie Award, and one of 10 films on the Oscar shortlist, 'Weekends' is an animated short film about a young boy shuffling between the homes of his recently divorced parents in 1980's Toronto.
READ REVIEW
Next Previous 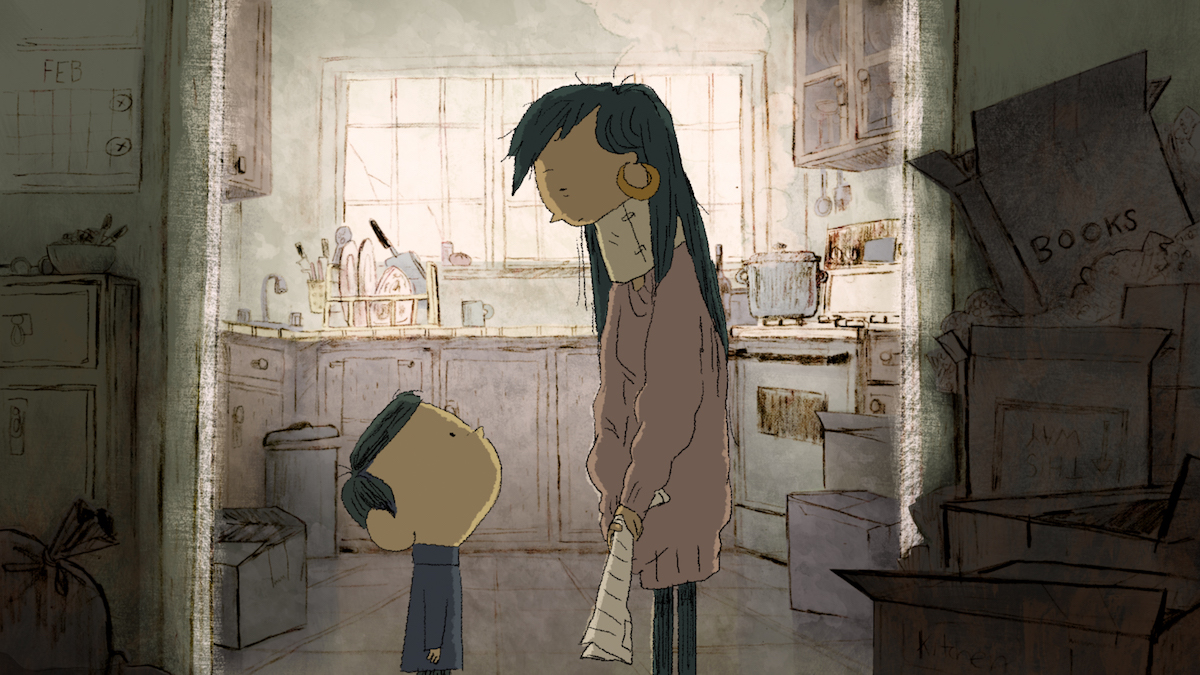 A gorgeously delicate 2D animation composed over a hand-drawn charcoal background, Trevor Jimenez’s Weekends follows a boy navigating the wake of his parent’s divorce, splitting time between their two homes. Illustrating a bittersweet tug of war that at times seems surreally dream-like, our young protagonist grapples with the emotional repercussions of seeing his parents find happiness without each other. While our perspective is fixed to his juvenile vantage, Jimenez’s storytelling itself shows an incredible amount of maturity, making Weekends a film that, in addition to its aesthetic pleasures, many will relate to on a profoundly emotional level.

Set against the backdrop of 1980’s Toronto, Jimenez tells a deeply personal tale, with vivid details of his own childhood, as he explores what it was like to grow up in a fractured family. From an antique red horse, to his mother’s piano playing, to the very song played in the car as his father picked him up, Jimenez gives “write what you know” new depth.

Surreal dream sequences disrupt the boy’s reality in the film, exploring the consequence of divorced parents that Jimenez, and surely anyone who has experienced this, will understand. It is within these moments that the young, curious boy engages with his subconscious turmoil and explores both his longing for togetherness and his fear of outsiders. While he might not have control in the real world, he has power in his dream-state. As someone who can relate, these scenes were perhaps the most real to me, as I imagine they may be for many.

Jimenez elaborates, “The dream elements are important to me because they depict the confusing but heightened emotions felt during this time, and help dramatize the kids struggle to make sense of everything.”

Weekends is inarguably a striking piece of animation, and that is no surprise—a seasoned animator working as a Story Artist at Pixar, Jimenez joined the animation giant’s shorts co-op program to develop Weekends (the same initiative which birthed the Oscar-nominated film Borrowed Time). Through this program a number of his colleagues donated time to his project, helping with animation and background painting. Initially started as a drawing he made ten years ago, the film evolved into a passion project that took five years to complete. A truly nostalgic exploration of his childhood, Weekends reminds us that sometimes families don’t stay together and while life may change forever, there will always be love to go around.

Among the film’s many accolades, Weekends won the Audience Award & Special Jury Prize at Annecy Film Festival 2018 and Best Animated Short at Warsaw Film Festival 2017 and has just recently been included in the ten film shortlist for the Academy Award for Best Animated Short Film. This online release is for a limited window, so don’t delay in taking your opportunity to watch one of the most celebrated shorts of this past year!