A cantankerous, iceberg-dwelling witch is taken by surprise when a merman gets caught in her net and attempts to befriend her. Before long, he begins to uncover a secret, long kept buried in the ice.
READ REVIEW
Next Previous 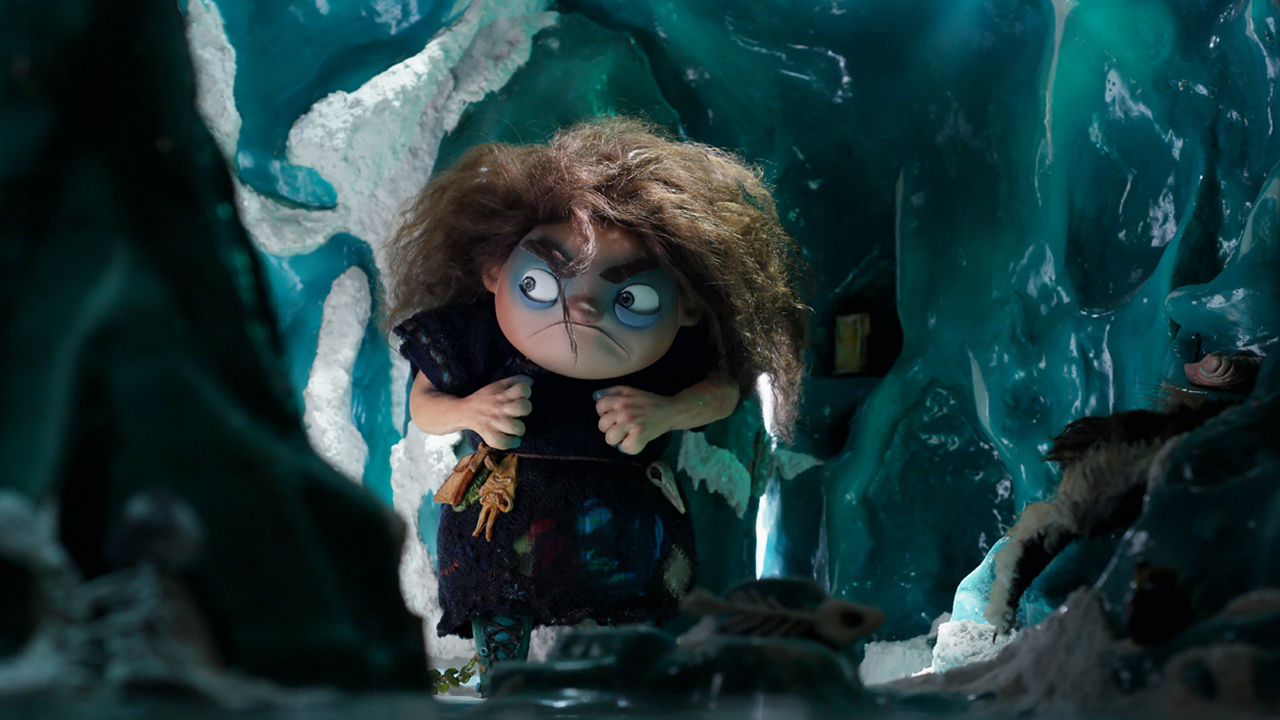 We’re happy to share with you, dear viewer, a story of two outcasts—a woman and a fish man—who form a connection despite their differences in a sweet, fantastical cinematic world. And, no, this isn’t Guillermo Del Toro’s The Shape of Water. Rather, it’s FISHWITCH: a visually creative, rollicking stop motion piece from Adrienne Dowling.

A fairy tale that feels both familiar and unique, FISHWITCH’s folkloric mishmash is referential to its fable-like roots without ever feeling rote. Fairytale “rules” are very much in play, but that’s part of the short’s charm as we watch the adorable, unflappable fishman reignite the compassion of a woman who has long been shunned by the rest of humanity. It’s sweet without being cloying, with a dark enough edge (literal heart transplants!) that it never falls into the realm of Disney princess saccharinity. It’s the best kind of family entertainment: something you can show to the kids, but it’s not made for them specifically.

The story is simple enough to be sure, but it’s still quite a feat that Dowling conveys screenwriter Jenna Jovi’s story all without dialogue. Normally, dialogue-free stop motion shorts such as this have a propensity to drag, but FISHWITCH’s pace is breezy, filled with enough visual splendor and emotional pathos to keep you hooked across the runtime.

And, let’s talk about that visual splendor, shall we? The true draw here is clearly the stop-motion craft. To put it simply: this is upper echelon stuff. The film’s handmade feel gives the entire piece a tactile aesthetic, but the puppet quality is such that nothing never feels cheap or poorly constructed. We were especially impressed by the little details: the way the witch’s hair moves, the slick textures on the merman’s body, the varied colors in the water. It’s all so painstakingly created that it’s hard not to admire the sheer level of patience and skill it takes to produce a film such as this. Despite being a student film, Dowling utilized a core crew of about 15 people with another 30 or so people helping out in various areas throughout the course of the one year production.The film played a plethora of festivals and was nominated for Best Student Film at the 44th Annie Awards

Dowling is currently working in both the puppet-making and animation department on the feature stop-motion film, Captain Morten and the Spider Queen. She is also developing her own stories for pitching.