I Know You From Somewhere

A young woman incurs the wrath of the internet after inadvertently becoming a viral sensation.
READ REVIEW
Next Previous

I Know You From Somewhere 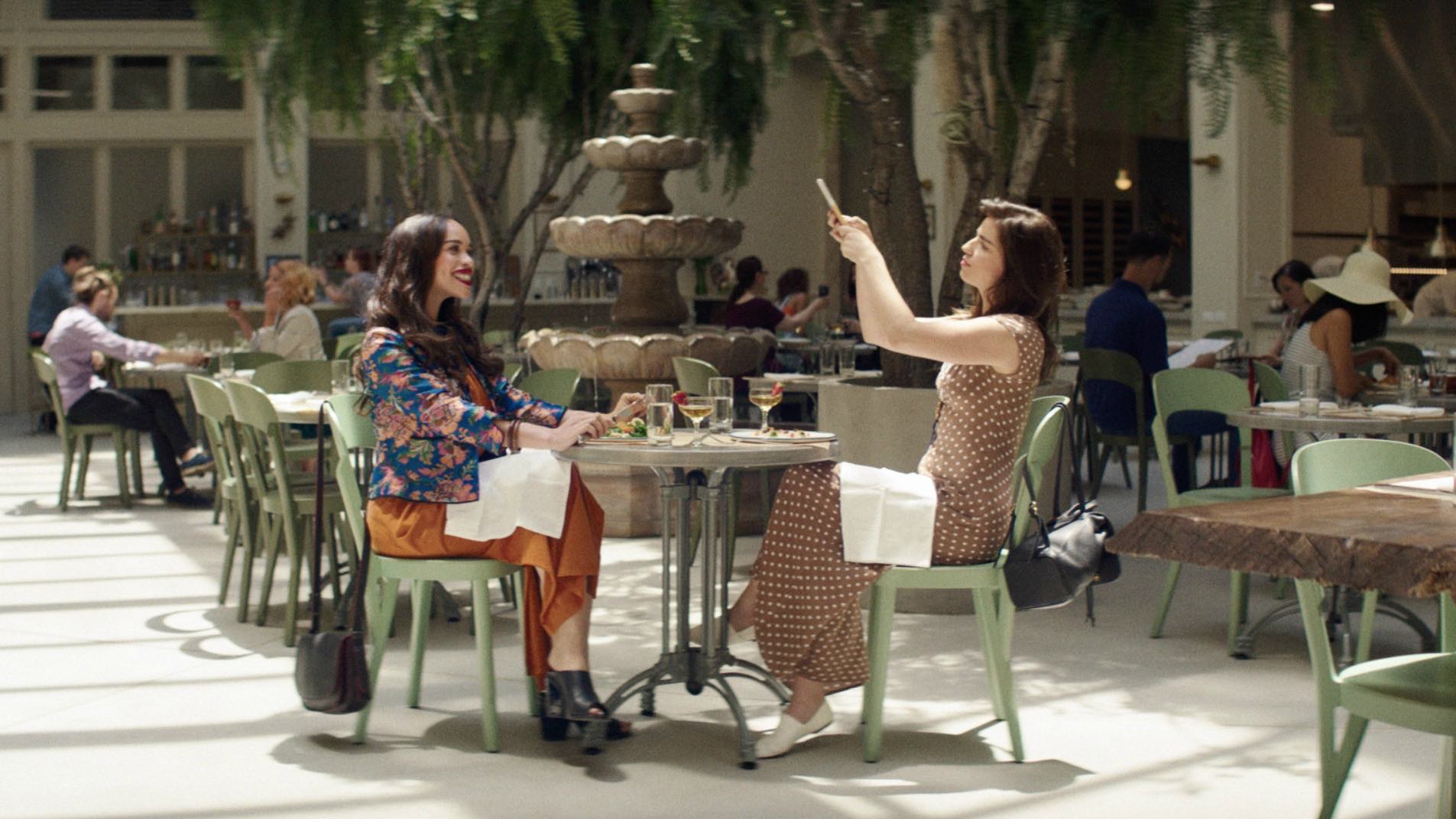 One of the situations I dread the most is interviews, and in I Know You From Somewhere not only does Katherene (and not Katherine) finds herself in one, she also has to explain an embarrassing online scandal that is the top hit for any recruiter googling her name. From this queasy premise springs one of our favorite short films from the festival circuit this year, 15 minutes of pure entertainment that is snappy and funny, but also thought-provoking. Andrew Fitzgerald captures almost too perfectly the millennial experience as mediated by social media, pairing its fantastic premise with great character development.

Katherene, a young woman in her late twenties, narrates her story to a recruiter. Looking for love she resolved to download Tinder and “start playing”. Coached by her friend Olivia, she eventually finds Daniel who seems like a pretty good match. The relationship follows its course up until Katherene sees an Instagram picture posted by Olivia. Daniel’s cracked screen gives away their recent hookup. Katherene decides to expose them in a public place, a restaurant, where her rant gets recorded on a phone and posted online. The video goes viral, as it was misinterpreted and suggests Katherene said racist slurs. Things escalate rather quickly from there, showcasing how hostile and violent the internet can be and how non-accurate information is spread around from Youtube videos to Buzzfeed articles at a lightning quick pace. Katherene becomes a pariah in a record time.

Wonderfully portrayed by Angela Trimbur, Katherene is an endearing character to root for. She is as down-to-Earth as a 27 year old can be—cynical but not to a fault. Olivia on the other hand, portrayed by Cleopatra Coleman, is simply the worst. She is self-absorbed, completely detached from reality and people’s feelings, and lives more fully through her apps than IRL. Her character is an ironic foil for our shamed lead, and does provide comic relief from the stress Katherene is feeling and which Trimbur communicates through the screen. For many people nowadays the existential threat of online shaming is a persistent fear. Seeing Katharene’s worst nightmare manifest before our eyes can be very stressful, yet while the archetypes of the characters are broad for comedic purposes, the world Fitzgerald presents is unnervingly authentic, making the film all too relatable.

This authenticity is developed further in the way Fitzgerald  depicts the virtual worlds that play such a large role in the plot. He started out wanting to make a short film set in the present day, which implies the use of phones and their apps, so he decided to tie the plot to the technology and how people behave when they are sheltered by a screen. From the cracked screen, to Olivia lunch-selfie (which looks awful), to Katherene creating her Tinder profile and their friend Milo (quick director cameo!) using filters on Snapchat, our day to day digital life is flawlessly recreated. The blurry boundaries between online interactions and IRL are repeatedly presented. Katherene finds Daniel online, finds out about the affair online, and ends up being the victim of online fake news, all of which ends up taking over her IRL life.

To seamlessly flow from the virtual to the real and back again is a neat trick, and I Know You From Somewhere is cut with surgical precision. Fitzgerald is no rookie in the edit bay, as he has extensive experience as an editor on TV shows like Nathan For You, and his snappy editing choices impart a rhythm to the film that echoes the manic energy of the internet and how we consume online content. The first part when Katherene explains the beginning of her story is well-paced, but fast, and when we get to the montage of the video going viral the speed gets downright vertiginous, and we can feel the rapid escalation, as things quickly get downright violent.

The film premiered at Sundance 2017, and has never seemed more timely. Book length treatises like Jon Ronson’s So You’ve Been Publicly Shamed have recently explored the dynamics of online pile-ons, and the US election has spurred vast amounts of commentary on the abusive behavior of users on platforms like Twitter. Audiences recognize this relevance and the film has been enthusiastically received at SXSW and Palm Springs before becoming a Vimeo Staff Pick Premiere earlier this month. We saw it back in January, and ten months later we still find it as entertaining, and as relevant. Thankfully, Fitzgerald has just finished writing the feature adaptation which will hopefully satisfy our craving for more.