Tommy Ashby, a high school senior with severe social anxiety, decides to step out of his comfort zone to learn 70’s disco dancing. Will that be enough to grab the popular girl's attention at the dance?
READ REVIEW
Next Previous 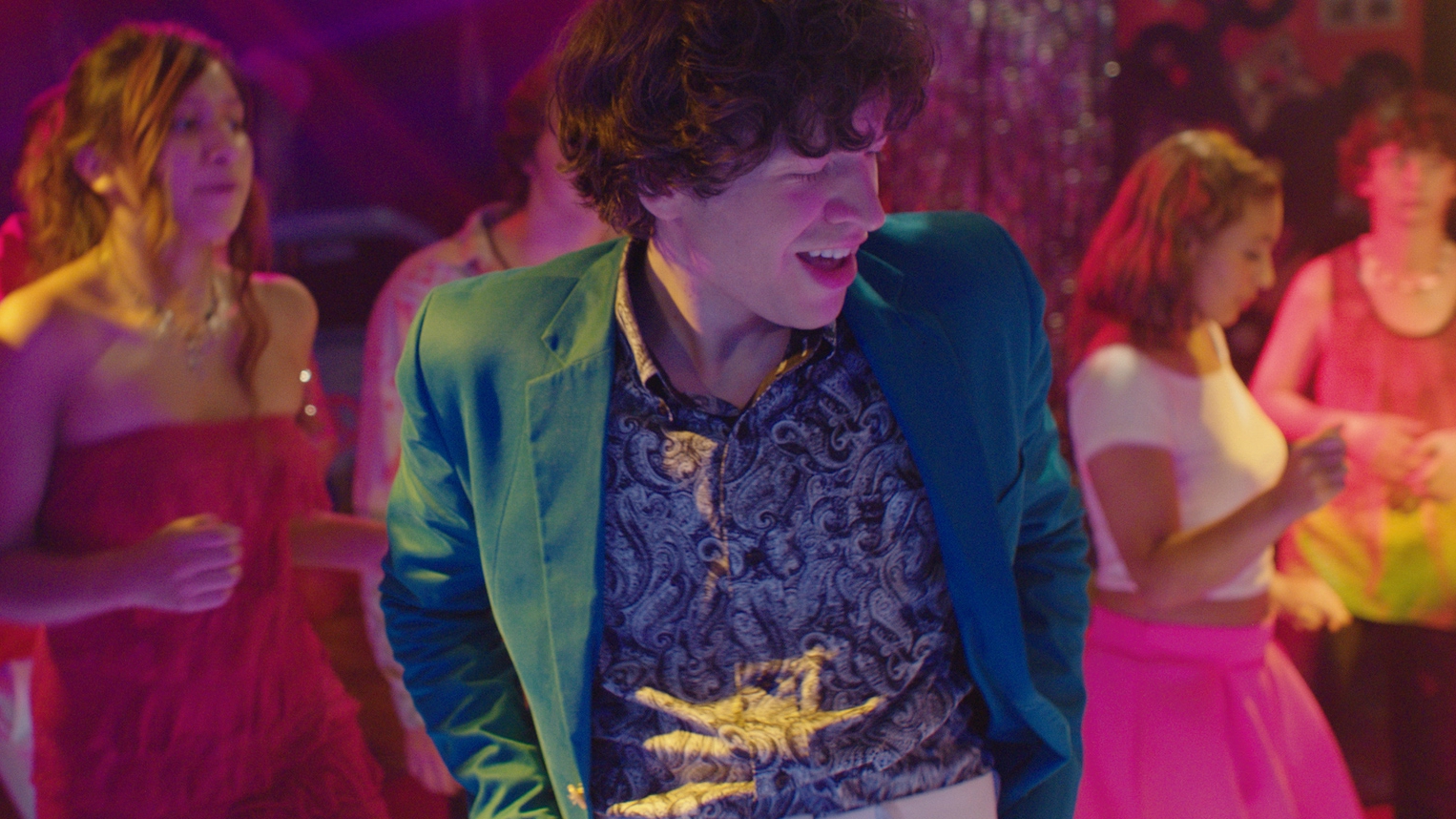 Tommy, a shy high school senior, fights his social anxiety in deciding to learn disco dancing to impress the girl he likes at the upcoming dance. Inspired by his own misfortune, Alex Morsanutto wrote and directed Hi-Glow Retro a “Saturday Night Fever meets The Graduate in a world of Superbad” film. Set in modern times, Hi-Glow still manages to play the nostalgia card in a humorous and entertaining way, and does it with a swinging rhythm.

The film opens with Tommy being notified about the upcoming dance and its disco theme by the girl he has a crush on. Tommy is a classic of his archetype—a sweet, somewhat goofy underdog who likes the popular girl and has an after-school job at the local diner. Seeing it as the one opportunity to be seen under a different light by his peers, he convinces Beth, his cigarette-smoking bad girl of a coworker, to teach him how to dance, and the retro throwbacks begin in earnest, with the music, neon lights, and all that polyester.

The film is formulaic, as you might guess from references Morsanutto supplies, but it’s a proven, winning formula. The film is divided in halves. In the first act, Tommy is on a time crunch, he needs Beth to teach him how to master the art of disco dancing in a few days. It’s an enjoyable sequence that naturally is highlighted by a MONTAGE! The second act is on D(ance) Day. Armed with his new dope skillz his triumphant moment is waylaid by his shyness. Tommy ends up sitting down instead of showing off his new moves. He only has so many songs before the night is over though, can he break through his phobia?

Hi-Glow Retro is ultimately a light-hearted, happy-go-lucky film that doesn’t take itself too seriously and spreads good vibes. It’s got just enough crassness to be realistic, and appeal on a teenage sex comedy level, and the snappy shots and quick editing rhythm are slick comedic tools in their own right. Morsanutto confesses that he and his cinematographer, Sam Cutler-Kreutz, were on a serious Edgar Wright kick which is apparent in Hi-Glow Retro, making the film a fast-moving, enjoyable experience.

Shot with a very low budget and achieved largely through the cashing in of favors, Hi-Glow Retro has spent the year on the festival circuit picking up hi-profile awards like the Audience pick at the National Film Festival for Talented Youth (NFFTY). Inspired by Damien Chazelle’s path from short to feature with Whiplash, the 26 year-old Morsanutto is currently working on the feature adaptation, hoping that the short film will be his proof of concept.