Deep in Louisiana's swampland, a woman wakes from a fever dream where it has been August for 16 years.
READ REVIEW
Next Previous 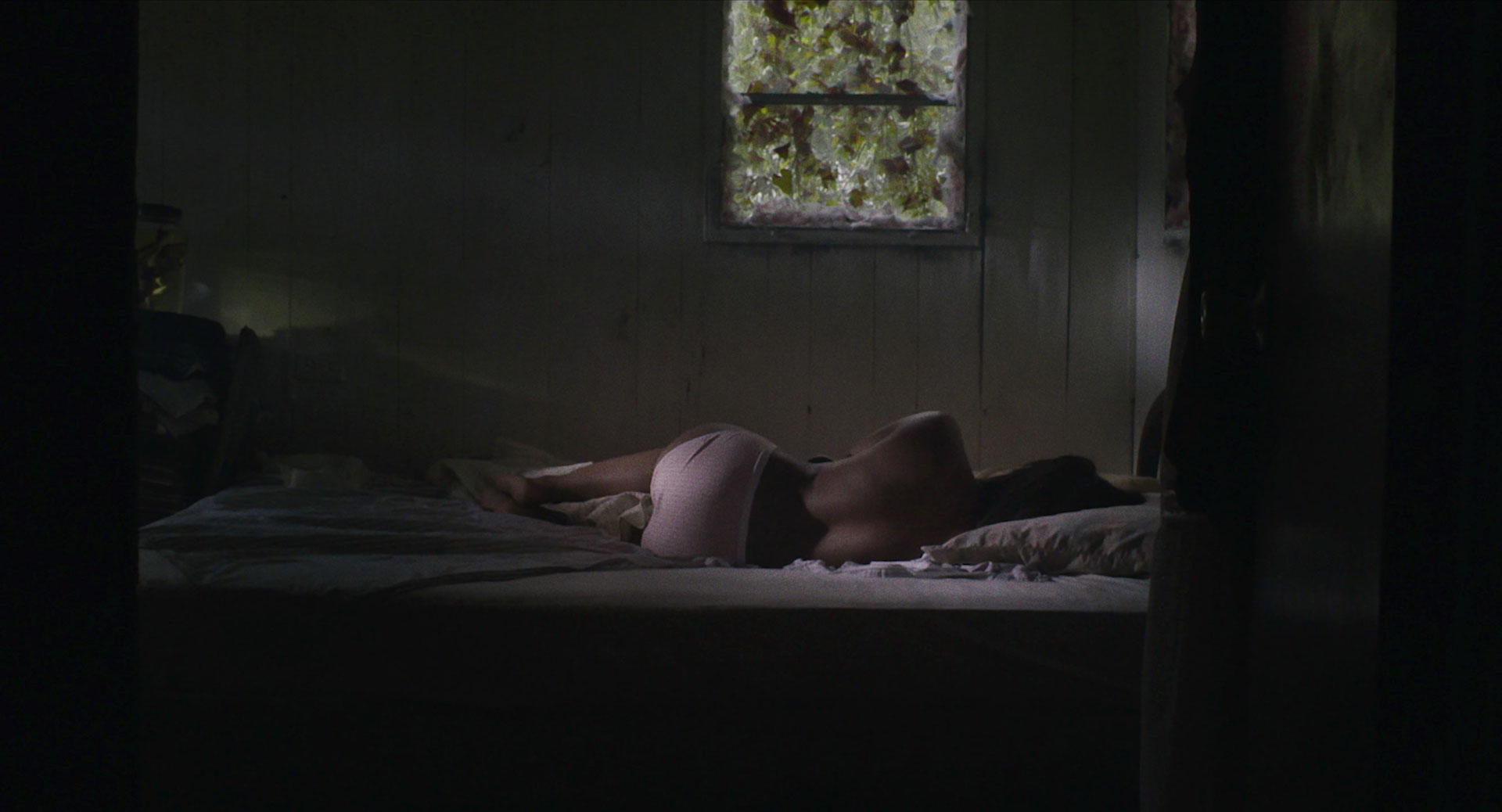 Set in the oppressive heat of an endless summer, in an imaginary post-apocalyptic swampland, August is a poetic illustration of the easy and subtle seductiveness of relationship abuse. Sheltered in a trailer lost in the middle of the bayou, a woman is told that to go outside means death due to the world-changing prevalence of poisonous fungi spores. Her lover is more than willing to risk danger to provide for them both, yet his kindness produces an infantilization in her, achieved through deceit and control. Moody and dream-like, the film is shot beautifully with a stellar crew, creating an impressive visual experience that dramatizes both a woman’s oppression, and her dawning claim for independence.

Caitlyn Greene, an award winner filmmaker in the documentary space, tackles a thinly plotted, but metaphorically rich story, in what is her first narrative venture. Adapted from an essay written by Delaney Nolan that struck her deeply, she was compelled to carry the words to the screen. The woman at the center of the narrative is stuck in a trailer living out a boring, meaningless routine with no end in sight. Following her lover’s instructions, she has been isolated from the world — for 16 years it has been August, and she has been warned of her demise if she would leave her tiny cage. Suddenly however an innocuous sign arrives and spreads doubt on everything she thought was true — is the outside world toxic? Is her lover looking out for her best interest?

August, is narratively unorthodox, but emotionally resonant. Told through voiceover, the film has a sci-fi element, yet is unapologetically focused on the thoughts and evolution of the character through her stream of consciousness. These emotions felt by the lead resonated with Greene when she read Nolan’s piece and were the precipitating factor of her adaptation, remarking that they “evoked parts of past relationships and pivots in my life – the feeling that fear can choke out light, that malice and loving delusion can look the same depending on where you’re standing.”

August is rather experienced than just watched, and to help achieve this, Greene assembled a strong circle of collaborators: DP and co-producer Jon Kasbe, composer West Dylan Thordson, sound designer Owen Shearer and editor Stephen Salisbury have accomplished resumes at some of the highest levels of indie film. Greene was struck by the sense of place in how Nolan described Louisiana, a world close to Greene’s heart due to family relationships, yet foreign in her experience, and took great care to recreate that atmosphere. The cinematography, lightning, score, pacing and outstanding production values perfectly capture the humid, oppressive setting described in the essay. The bunker aspect of the trailer, lack of light and slow narration in the first part highlight the sheltered, boring and repetitive life of the lead. Her isolation and detachment from reality are almost palpable. Once she gets a sign of hope, the whole atmosphere switches by picking up the rhythm and letting more light in the frames communicating the newfound determination of the character.

With vision, Greene tackles a difficult piece with a skill that belies her relative lack of narrative experience. In tackling weighty, nuanced themes through a relentlessly subjective perspective, she creates a film that views like a poem.  After building a whole environment, dealing with casting and discovering the lead, Kaelyn Charbonnet, however, Greene’s next project is back in the documentary world. Hopefully, she will dabble with fiction again, in the meantime enjoy August, which is debuting online today.