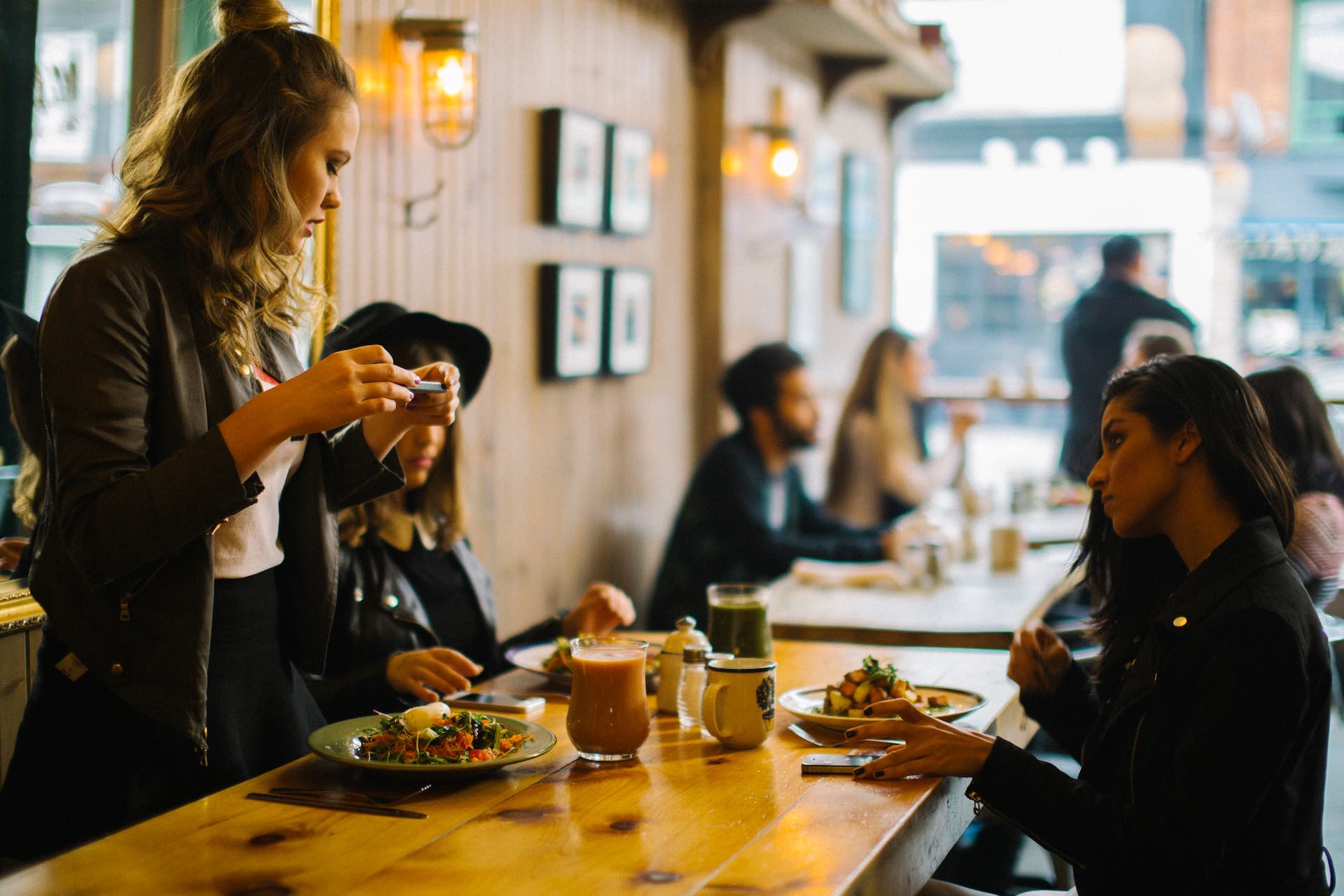 Instagram, Facebook, Twitter, Snapchat…who needs the messiness of IRL human interactions when all we need is a thumb, a smartphone and wifi or data to communicate? As anyone under 40 can surely tell you though, social media has its own drawbacks, and in 5 Films About Technology writer/director Peter Huang conducts a kind of anthropological study—exposing the dumber side of modern technology in a painfully hilarious, and very entertaining way. Funded by the BravoFact Canadian grant, the 5-minute anthology of bite-sized vignettes recounts different stories, linked by one common thread—smartphone usage and its malignant effects.

The five stories depict ordinary days in regular people’s lives. Whether it is the quest for the most popular picture on Instagram, or how addicted to our devices we are, the stories feel universal. Whom among us has not accidentally beamed porn through a car’s bluetooth connection? The very brief performances are strong enough to give us a little bit of insight into the characters’ minds, and let us identify with them. Every single person can recognize themselves in at least one of the vignettes, and some of the situations might even hit close to home for more than a few of us.

5 Films About Technology is not simply about calling out social media though. The creative choices of the director separate the film from the clichéd and overused idea that “social media = evil”. In writing to us about the film, Huang remarks that “Usually in Hollywood films, I feel like technology always feel wrong. It’s there for exposition but it’s not really how people interact. And there’s something to that there… because it’s legitimately now the major form of communication between people.”  Thus, what is original in Huang’s vision is how modern technology is dealt with as a subject instead of just scaring us into deleting our social media accounts, or (who am I kidding) at the very least considering it for a second. There is an element of observant authenticity to the character interactions with their devices that traditional media still is having a hard time catching up to.

The craft of the film is effective in its goal to entertain, but also in furthering the film’s themes. The editing maximizes the laughs with a brutal efficiency, catching us off guard and providing great pacing. The gags are mostly based on unexpected effect—the shorter they run, the funnier they are, and the rhythm keeps us engaged in the story by not allowing our attention level to come down. The film thus mimics in form the way we consume content on our devices—from the 1:1 ratio reminding us of the (now outdated) Instagram format, to the instant gratification delivered by the quick buildup to the climax of the joke. This is followed instantly by the beginning of the next story, as if we were scrolling through our social media feeds, speeding from one post to the next. Even the transitions from one story to the following are provided by the use of our devices, jumping from the content provider to the content consumer, using an app, surfing a website or with a simple phone call.

Fundamentally the appeal of the film is its satirical humor playfully mocking our modern solipsism, offering great opportunities to laugh at our own expense. This is not a revolutionary subject, but the film is distinguished by its thematic execution. Huang’s aforementioned choice of aspect ratio, and quick-hitting comedic editing serve to trap the audience in the characters’ lack of peripheral view, and see how centered on themselves they are. We jump into their digital hole, and thus are just as surprised when something from outside of the frame happens. Paired with the dramatic Tchaikovsky score, a satiric complement to the character’s anxiety, the tone makes us laugh, but at the same time acts as a mirror that we might realize our reflection is hilarious, yet a bit sad.

5 Films About Technology had a good run on the festival circuit, premiering on the filmmaker’s home turf during Tiff 2016, before making American audiences laugh at Sundance 2017. In addition to its online debut (via The New Yorker) this past week has also seen it become the first short film released as part of brand new initiative from feature film distributor Neon. 5 Films About Technology is the hors d’oeuvre to Nacho Vigalondo’s equally amazing Colossal featuring Anne Hathaway and Jason Sudeikis. Huang has many upcoming projects, he will be serving as the 2nd Unit director for the feature adaptation of the S/W-featured short Code 8, and is also prepping a feature adaptation of this short.