A look behind the mask of the real-life Batman.
READ REVIEW
Next Previous 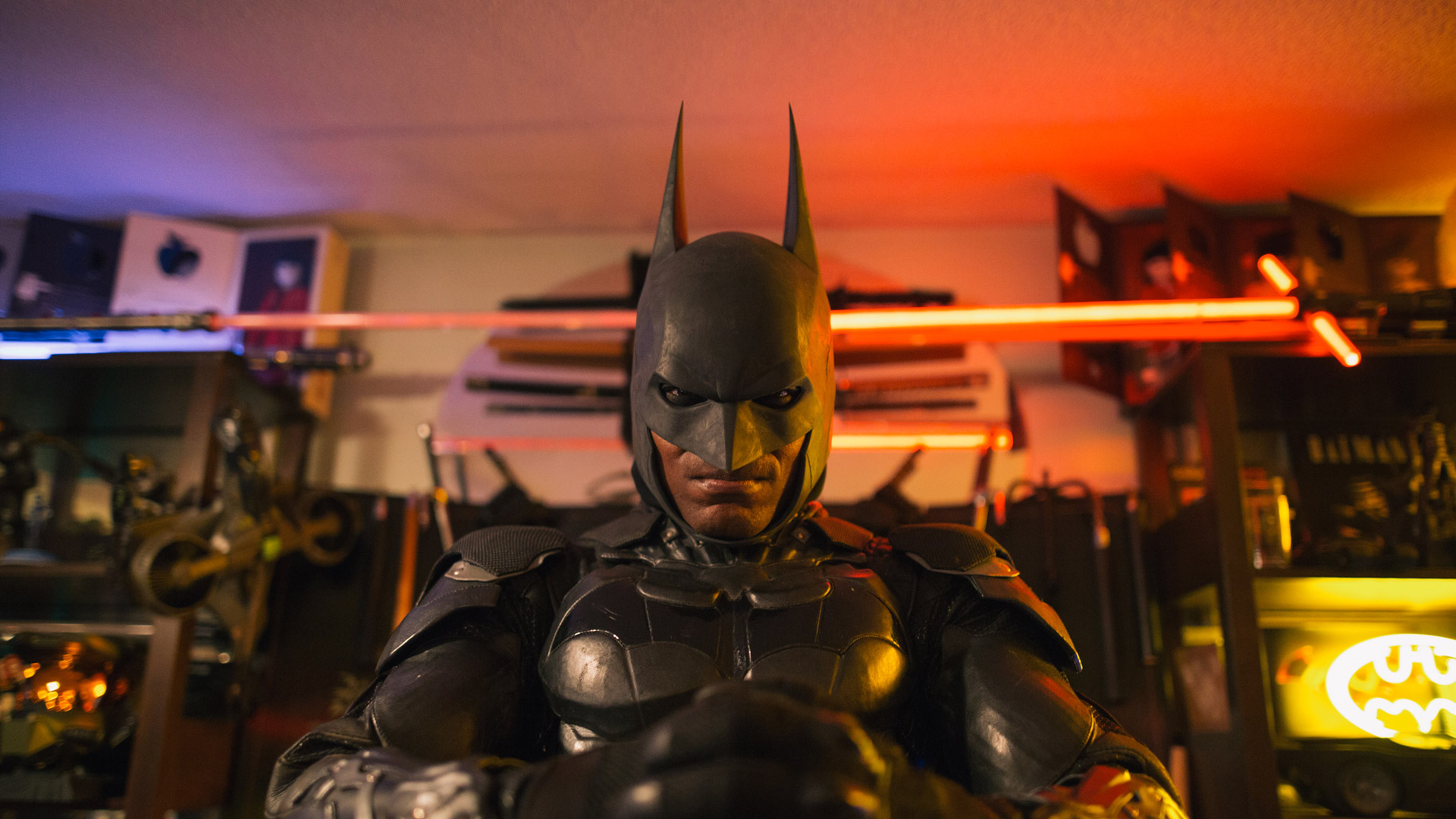 We’re living in the age of the superhero. Rising from comic book pages, they have sprung forth to dominate both the box office and our collective popular culture. Heck, even my 2-year-old knows who Spider-man is. But, what happens when fantasy drifts into reality—when “real” people attempt to emulate their comic book icons?

To answer that question, we turn to director Ryan Freeman’s impressive profile documentary, Being Batman, which gives us a tiny glimpse into the life of Stephen Lawrence—a man who has self monikered himself the “Brampton Batman.” Lawrence, dressed as the iconic hero, ventures out at night to patrol the city streets. He’s a real-life Bruce Wayne, complete with an outfit and arsenal that would make any cosplayer green with envy.

But, this story is more than just a quirky tale of a man who dresses up like a pop culture icon. On this site, we’ve often discussed our exhaustion with the “profile documentary” format. But, sometimes, a subject is so *ahem* batsh-it, it sort of makes the whole thing feel fresh again. Through stunning visuals and an impressive musical score, Freeman explores what makes this real masked vigilante tick, delving into his subject’s psyche. We watch as Lawrence pontificates about his own personal experiences and desires, touching on topics as varied as one’s identity to reflecting on moments of personal loss.

While there is obviously something inherently cool about seeing a fully decked out Batman roam the streets (the kind of thing to show up repeatedly in your Facebook timeline), there is also a darkness that underlies everything—and we’re not just talking about Lawrence’s costume.

“Through this film, my hope is that the audience connects with Stephen’s story and we can all be a little more understanding of one another.”

As Freeman relates via e-mail, “Stephen (Batman) lives a unique life and people are quick to judge and write him off as strange or weird. He told me that 50% of people think he’s crazy and the other half think he’s awesome. Through this film, my hope is that the audience connects with Stephen’s story and we can all be a little more understanding of one another.”

So, is Lawerence a little crazy? Is his prowling of Canadian streets for social good or self benefit? The same question could essentially be applied to the fictional character of Batman too. After all, instead of donning a batsuit and beating criminals, shouldn’t Bruce Wayne just be using his millions to fund healthcare and fight poverty in Gotham? There’s an inherent darkness to the notion of the superhero persona. While this is explored somewhat in popular culture (Alan Moore’s much lauded Watchmen being one), it’s a notion we often tend to avoid when enjoying our summer popcorn fare at the cineplex. Freeman’s film doesn’t necessarily take sides in the debate, but it does make for some compelling viewing. In a world that loves its fictional super heroes, what happens when a man completely adopts the mindset?