A young Australian girl’s fascination with Native American culture helps her escape her dreary life, but draws criticism from neighbours and librarians.
READ REVIEW
Next Previous 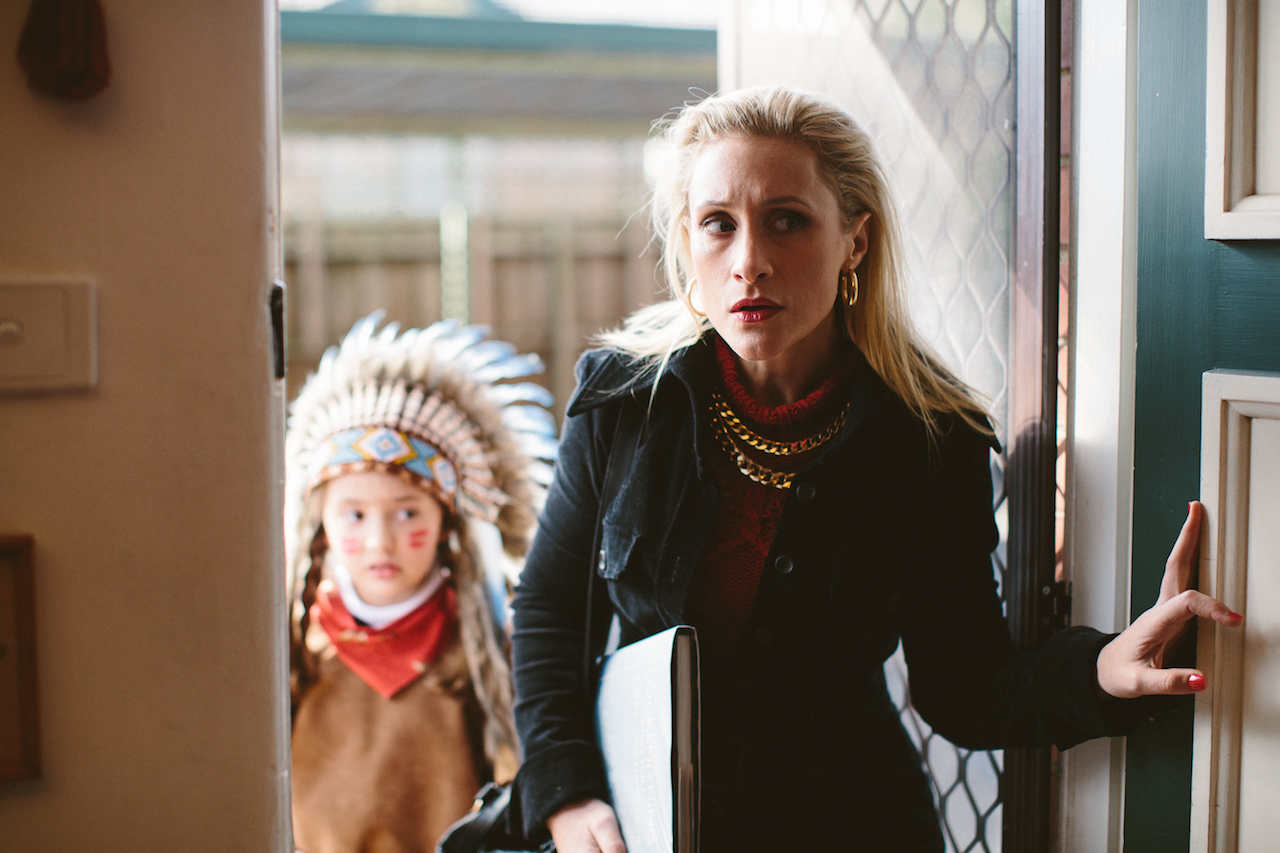 Like most dark comedies, Cherokee is funnier if you don’t think about the real-world ramifications of its characters’ actions. Take off your judicial robes and you’ll find yourself laughing at the tale of Linda, a single mother who swears like a sailor, and her daughter Shelley, who obsesses over Native American culture in order to escape her day-to-day life.

Due to the challenges of length, it’s often difficult to create memorable characters in short films, but writer/director Jem Rankin manages to imbue his characters with depth and nuance. Linda is an angry mother bear of a woman who defends her daughter’s happiness against a series of judgmental lowlifes who refuse to help the pair when needed. I could talk about her landlord, Ken, a bug-eyed chauvinist in a bathrobe who lords over her and her daughter from a second-story balcony, but the film is most enjoyable when these two richly developed characters are at each other’s throats. Throughout the film, Linda berates other men with an arsenal of abrasive, creative insults, and her daughter follows her lead.

There’s a tendency for filmmakers to undervalue the intelligence of children, but when they portray them accurately, they remind us that maturity and age don’t necessarily go hand in hand. Take Shelley, for instance–a curious girl whose quiet intelligence stands in stark contrast with adults who bicker like kids. Like Wes Anderson, Rankin has a knack for anchoring this film with precocious youngsters and unstable adults. However, Shelley’s actions are decidedly less cute than, say, those of Sam Shakusky. When faced with a threat, she channels the “Cherokee hunter” headdress she plans to wear to a friend’s party, and takes the lesson she’s learned from her mother to heart: in essence, men are not to be trusted.

Cherokee was created in Rankin’s final year at Victorian College of the Arts, and it played at Tribeca last year. According to a director’s statement, Rankin was inspired to create this film by a newspaper article he read in which an American priest stabbed an 80-year-old woman during a sermon. The event struck him as random and absurd, and he wanted to create a fictional narrative that would seem odd and extreme if someone were to read about it in the paper. After finishing Cherokee, you may or may not agree with that description. At the end of the day, the story is one of misfortunate souls living in a consequence-less world, where bad behavior stems from good intentions, and we hope to see more of this kind of work from Jem. Up next for him is another short called No Way Out, which follows an unsuccessful bank robber who decides to give it all away after meeting a waitress who inspires him to be better.