Dastaar follows a young interracial couple as they navigate social tensions in the days following the September 11, 2001 terrorist attacks in New York, forced to navigate a sudden climate of fear and dangerous assumptions.
READ REVIEW
Next Previous 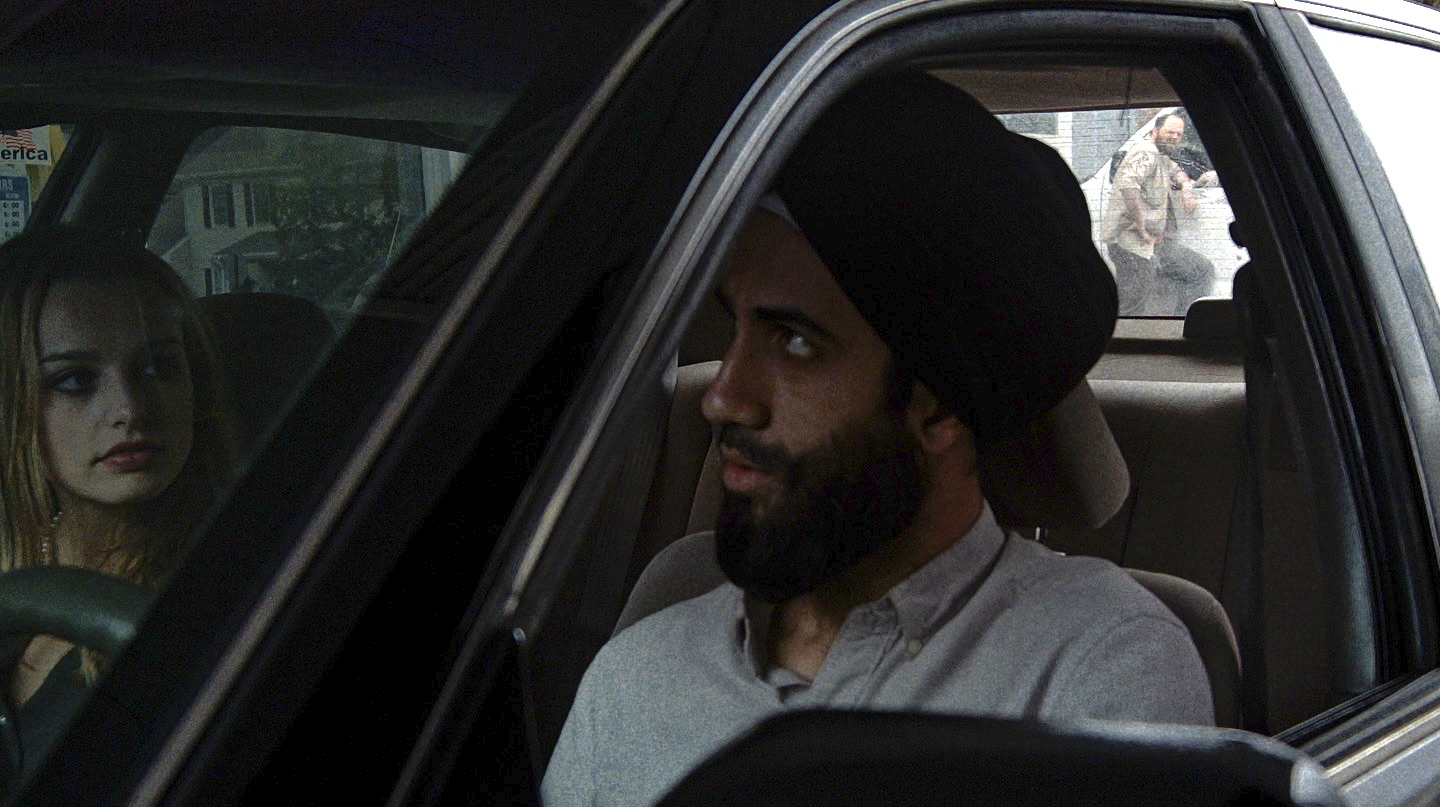 Dastaar is the type of film that wriggles into your consciousness. Racism, xenophobia, these are some of the most passionately discussed and advocated against issues of our time, but they are big, often awkward ideas to tackle in a film. Dastaar sidesteps this dilemma through modesty; this is a simple affair, lacking sophisticated productions techniques, flashy VFX, or showy performances, yet nonetheless is disarmingly effective due its subtlety, and the perceptive point of view of its writer/director Javian Le. A period piece of a still recent time, the portrait it paints is without a doubt more relevant than ever.

The film opens with an older, turbaned man walking down the street, speaking on a cellphone. Text overlay tells us that it is Sept. 20th, 2001. A hooded man gives him a long stare as he walks by. Within a minute of the film’s start he’s yelling “Hey Osama!” and running towards the old man with violent intent.

The title of the film refers to the turban that adherents of the Sikh faith must wear. It is well-documented that after 9/11 Sikhs as a community were disproportionately targeted for revenge violence due to their turbans, a distinctive item which lead many to mistake them for Muslims. A Sikh gas station owner in Mesa, AZ was the first documented hate crime after 9/11, he was murdered on Sept, 15th by a man who had declared that he was “going to go out and shoot some towel-heads”.

This is the implicit background of the film that Le expects you to be familiar with. The heart of the story though is of the older man’s son. He’s driving into NYC to visit his father who is in hospital due to the assault. The son is Americanized, he speaks without an accent, and is engaged to a white woman who accompanies him on the drive. During the course of the drive the son is attuned to the threats around him, but is he paranoid? Or is he being smart? Dastaar adeptly examines the atmosphere of fear that envelops a minority in such a charged atmosphere.

Le describes his inspiration for the film thusly, “When I first conceived the idea for the short, my main focus was on the random acts of racially charged violence that affected the Sikh community, but as I continued to do more research and spoke to different people I began to realize that it was the everyday cold stares, unspoken assumptions, and understated scrutiny from well-intentioned people that really left the most tense and lasting impressions. It really made me think about the emotional complexity of processing fear and uncertainty, and that ultimately became the central focus of the film.”

What is heartbreaking about the film is the way that the son feels forced to be hyper-vigilant, but cannot explain why. After leaving a gas station he feels he is being followed, but is concerned about sharing this feeling with his fiancee—the gulf in their experience is too great. It is a poignant dynamic, as she is blithely ignorant of the threats surrounding her, as well she should be: people shouldn’t have to worry about random acts of violence due to prejudice. Yet it highlights the everyday psychic costs of being a persecuted minority, the kind of everyday tensions that those in a dominant majority tend to play off or excuse. Without comparable experience, they just cannot empathize. Only after the couple escape a potentially scary confrontation through an ingenious lie, does the truth of the situation belatedly register with her.

Despite being a period piece, the film’s themes are easily adapted to our present circumstance. Without being too political, it is clear that xenophobia in the US right now is being stoked in the course of an election season. Dastaar highlights a particularly shameful period of recent history in order to illustrate the damage that can result from such irresponsible racial baiting. The only effective counter is empathy however, and this quiet, sensitive film is well-timed to do its small part.