When troubled waters and a creeping job opportunity threaten to take away his girlfriend, David is forced to make the decision of a lifetime; to lock down or to let go.
READ REVIEW
Next Previous 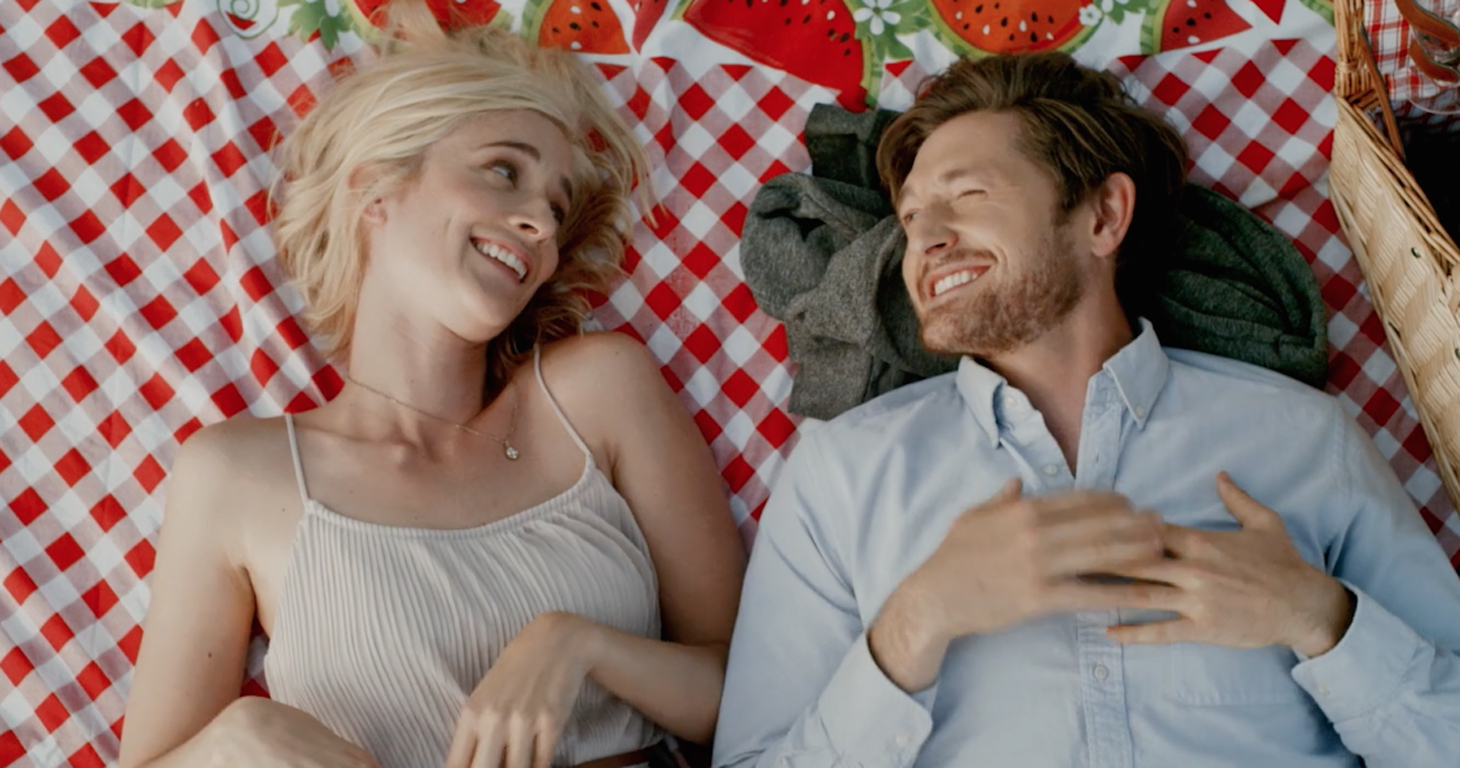 When David (Lucas Neff, Raising Hope) finds out that his girlfriend Tessa (Caitlin Fitzgerald, Masters of Sex) is offered a job in New York and is already looking for an apartment, he becomes anxious about how to keep her from leaving him in favor of better opportunities.

So, initiates the driving conflict of Jesse Zwick’s delightful rom-com, Jim & Helen Forever. Bolstered by a stellar cast of up-and-coming young Hollywood talent (Josh Brenner, Silicon Valley, Echo Kellum, Arrow), the film covers a variety of relatable topics, from male camaraderie to the relationship dynamics of millennial 20- to 30-somethings who are forced to finally “grow up and settle down.” While the film might seem to present a well-trodden narrative arc, Jim and Helen Forever manages to deliver a fresh and breezy take on its various subjects.

And I have to admit it: I’m a sucker for a well-acted comedy shorts with familiar faces, even if they are a bit conventional or linger on sitcom-territory. There are many short films that feel more like pilot episodes for a TV or web series and don’t quite work in their own right within the medium. Jim and Helen Forever, of course, is an exception. While it’s imaginable to continue following these characters through a whole season, the short’s narrative has a satisfying, yet still unexpected, conclusion. While the amusing interactions between the characters and the core conflict are reminiscent of some sitcom tropes, it also confidentially stands its ground as a fully flashed out comedic short film. Aside from the charming performances, the film’s script, and the assured direction, the jazzy score is also worth mentioning: it compliments the short’s feel-good vibe.

Written by Sam Ritzenberg and Jed Rapp Goldstein, who were also two of the producers , the film was funded via successful crowd-sourcing campaign. In regards to the film’s motivation: “Jim & Helen Forever was a collaborative project based upon the director and writers observations into marriage and engagement. With so many friends reaching the age where marriage is talked about as the next logical step, we wanted to tackle the ideas and conflicts that someone would go through when they realize the only person on the fence about their marriage is themselves.”

Director Jesse Zwick wrote for the acclaimed NBC drama Parenthood and is also the writer and director of the ensemble film About Alex, which premiered at the 2013 Tribeca Film Festival. Starring Nate Parker, who made huge waves at this year’s Sundance Film Festival with his feature film The Birth of a Nation, it also features something of a TV-show all-star cast of Maggie Grace, Jason Ritter, Aubrey Plaza, Max Minghella, Jane Levy and Max Greenfield.

At the moment the team behind Jim & Helen Forever is developing a few comedy feature scripts and are pitching TV pilots, which only seems like the next logical step given the nature of their successfully realized short.