A former "scream queen" deals with her fall from stardom and learns the true nature of horror. Starring Karen Gillan
READ REVIEW
Next Previous 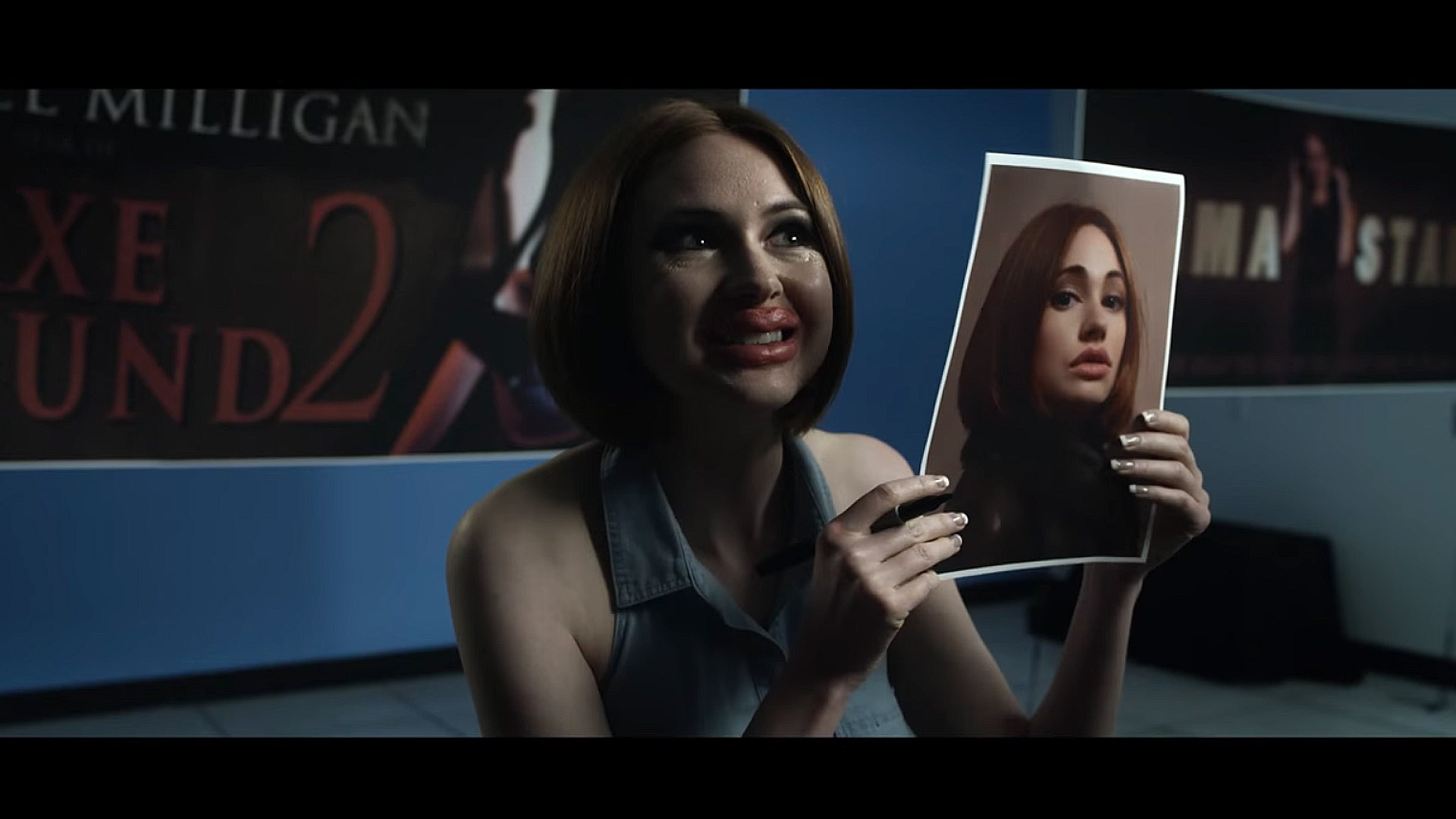 In Hollywood, nothing is more terrifying that obscurity. It’s a brutal system—one that will venerate, destroy, and discard in equal measure. Conventional, a short written, directed, and starring Karen Gillan (Guardians of the galaxy, among other things), captures the horror of losing oneself in the quagmire of celebrity culture. We watch as a former “starlet” sinks ever deeper into depression and self loathing.

It’s a bleak nine minutes, and undoubtedly horrific. Yet, this isn’t your typical slasher fare. If you’re coming for the blood and guts, you will be disappointed (at times it’s more drama than horror). But, nevertheless, it’s a really compelling and darkly humorous take on the superficial nature of Tinsel Town, from bad botox to autographed headshots sold for a nominal fee. The film also manages to poke fun at horror fandom (think cheap costumes and even cheaper convention spaces).

Crafted as an original segment for Fun Size Horror, Conventional feels like a fresh take on a common theme. Gillan’s character is a sort of small-scale Norma Desmond. She’s felt the warmth of fame, but is now just left burnt in its embers. Emotionally unstable, she’s a scream queen without any subjects. Conventional asks us to explore the true nature of horror—something that isn’t jump scares and blood but rather focuses on the fear of being forgotten and the resulting depression that comes with it. All of this comes to a head in the film’s great final satirical punchline. It’s a sweet release that will make you simultaneously laugh and cry.

Gillan’s performance really is the film’s strongest attribute. And, while there are technical weakness (a few shots seemed oddly goofy to us), we can’t help but admire her chutzpah. She’s definitely a triple threat. As we’re in the Halloween season, we figured it was a good chance to highlight some of the great horror platforms that are producing original short form content viewable for free online. Be sure to subscribe Fun Size Horror’s YouTube channel to satiate your bloodlust .