Wilbur Force, the former king of NZ pro-wrestling, is provoked to reconnect with his glory days of battle in this energetic & entertaining Loading Docs film.
READ REVIEW
Next Previous 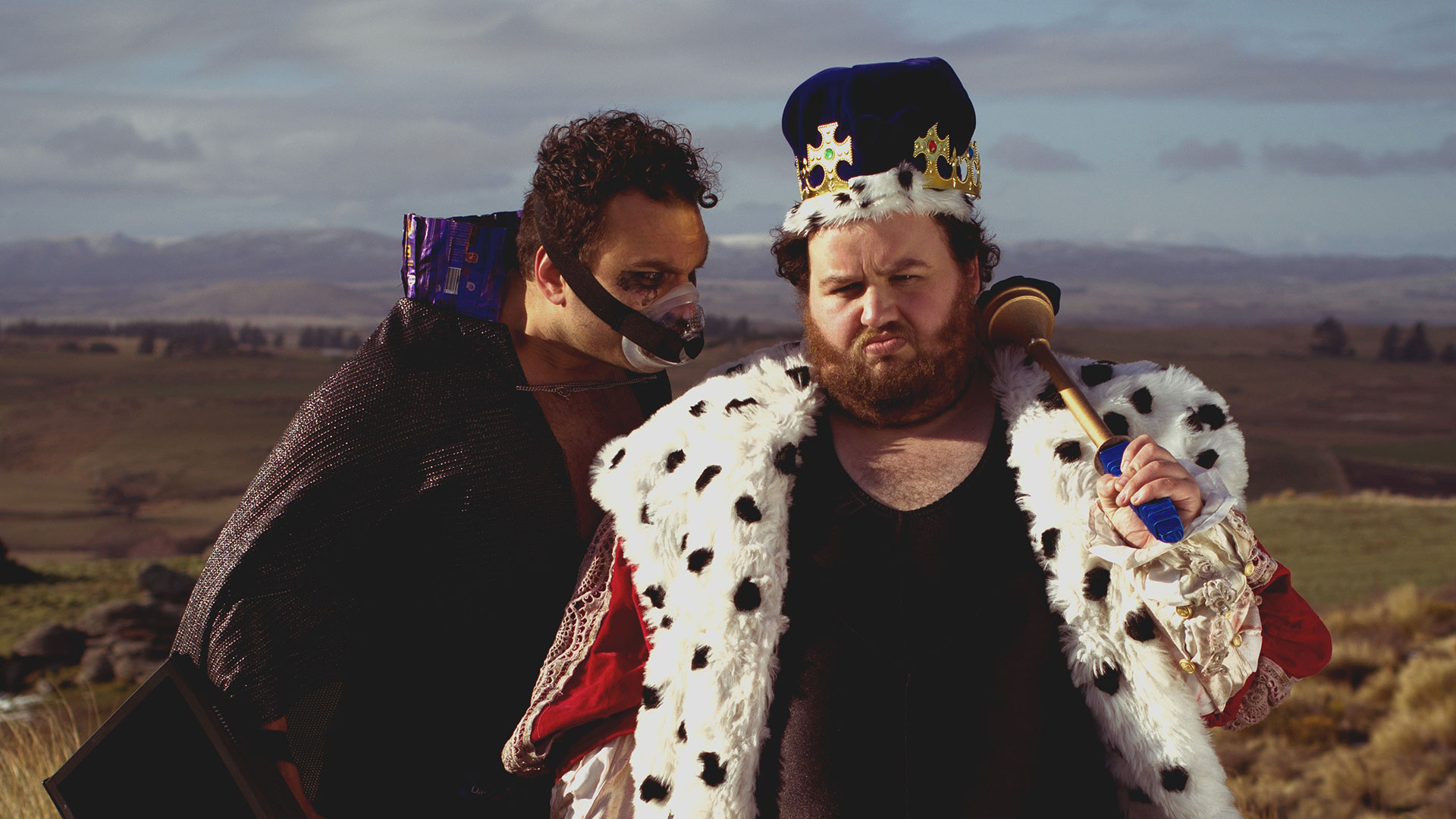 Documentary about Friendship in Live-Action
Directed By J.Ollie Lucks
Produced By Loading Docs
Made In New Zealand

LET’S GET READY TO RUMBLE!! Weighing in at 3mins & 30secs and coming straight out of the Loading Docs stable, J.Ollie Lucks’ high-tempo short Wilbur Force is a heavyweight example of just how much fun you can pack into such a tight duration. Piledriving his camera into the face of ex-pro-wrestling star and friend Wilbur Force, director Lucks has created a hilarious, yet touching short that centres around themes of friendship and fame.

Created as part of the Loading Docs series, an initiative that produces short (3-minute) documentaries to help promote and develop New Zealand filmmaking talent, director Lucks admits the main inspiration behind by his short, was the desire to work with his friend. “I always wanted to make films with Wilbur”, he says, “it started out as a straight-up documentary about the challenges he deals with regarding his weight etc. But then life happened. Wilbur happened… and things took a different turn….I set out for the process of creating this documentary to help Wilbur get off his ass. And it totally worked…There is a saying that I like and want to address with this film: What if the man I have become gets to meet the man I could have become. Holding on to ones best self is so important but quite hard at times. We all know what it is like. Thereby this documentary is also about the importance of friendship in reminding you of your former, best self”.

Taking around 4-months to complete – 3 months of planning (on and off), 3 days of shooting and 2 weeks in post – Lucks shot exclusively on the Sony F5, edited on Adobe Premiere CC and colour-graded with Blackmagic’s DaVinci, but the filmmaker reveals the hardest part of production was being in the film himself (along with “being on a mountain in winter, in spandex, with no undies, for 5 hours”). However, Lucks’ inclusion in-front of camera plays a vital part in the success of Wilbur Force, it’s the camaraderie and banter between the pair that makes this such a likable film and you do have to wonder if it would have had the same impact if it was made by another filmmaker – one without such a strong connection to their subject.

It appears that Lucks’ film had the desired effect on his friend, “Will loves the film”, the filmmaker admits, “the process of making it has indeed transformed his life. He now has a fulltime office job and a wrestling match (his first one in 3 years)…Ironically he only grants me 17% credit in changing his life for the better (that cunning little shit)”. The pair have had such a strong response to their documentary that they’re now working hard on a Web Series featuring Wilbur, if you like the short be sure to show the series some support over on their Facebook page.