Conversations oscillate between family, politics and sexuality in an voyeuristic contemplation of prison.
READ REVIEW
Next Previous 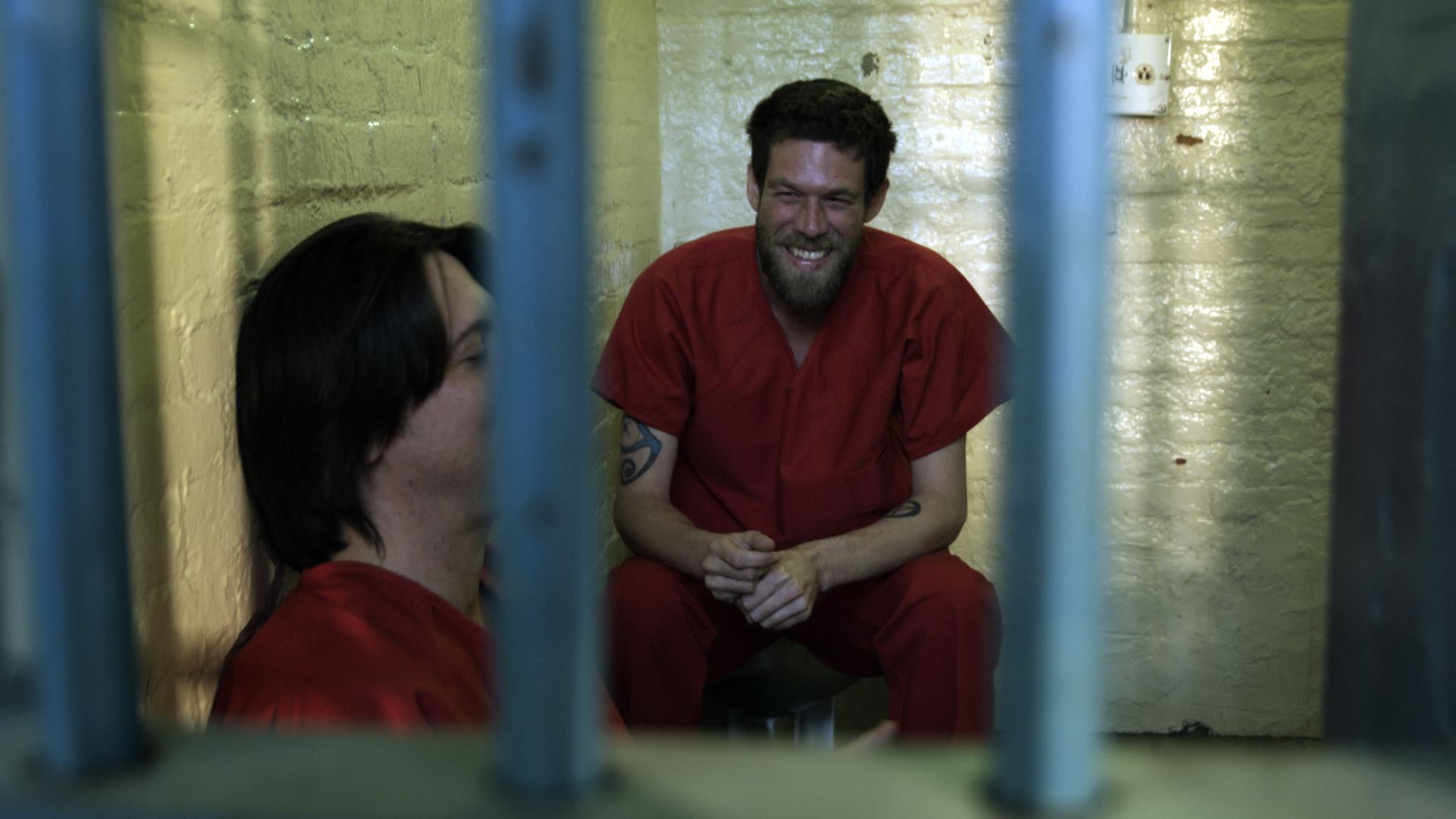 The fishbowl atmosphere of prisons have always provided an interesting filmic environment, and their tendency to be a hotbed for drama, violence and transcendence have captivated the cinematic imagination for decades. In this short documentary, Director Theodore Collatos strips everything back to the natural theme of the prison experience – quite simply, the concept of ‘doing time’.

In cinema-verité style, we’re invited to eavesdrop into conversations taking place across three cells. Collatos’s technique of allowing us to hear the subjects’ voices (before seeing them onscreen) builds a sense of immersion, placing us as an invisible voyeur within the prison. The static positioning of the camera draws attention to facial nuances, movements, pacing and gestures that significantly enhance the dialogue.

Time is actually a scene that didn’t make it into Collatos’s feature film Dipso, about a man who gets released from prison then attempts to reunite with his family and follow his dream of being a stand-up comedian. Collatos was compelled to cut the material into a short film, mainly because “I think the prison system is in major crisis and it troubles me how this country has made a prison-for-profit model out of our citizens. My hope was to explore the humanity of the prisoners rather than an exploitative, ‘Cops’ styled representation of people”. His approach is to construct stories in a documentary fashion, whereby the story is found in the editing in order to keep the film fresh and most of the conversations are improvised by the subjects. “The two Caucasian inmates had a more specific direction in mind as I wanted to explore the fact that the prison system houses many people who really should be in a mental health care facility and not in prison. The other pairings of inmates, I wanted to hear where their thoughts would go first before making a specific direction. I used an observational style because I wanted a freedom to occur with the non-actors and I think if you’re filming real close and in peoples faces, its more likely that you’ll affect their performance. I try and create an environment where people can speak freely and express themselves in any way they feel fit”.

One could criticize Time on a narrative basis for not having a solid story arc with a beginning, middle and end, however the simplicity of the premise and the shoot, and the prevailing sense of drifting in and out of another world succeed in making the film strangely compelling.

Theodore is currently working on four new projects; Tormenting the Hen a suspense film set in rural Massachusetts starring Theodore Bouloukos, a documentary set in Brazil, a feature satire about the marriage between two affluent 1% people and a short called Albatross, also based on the main character’s living circumstances.