Alfred finds his best friend dead in her apartment and looks the perpetrator right in the eyes. Too bad he can't recognize anyone's face.
READ REVIEW
Next Previous

Rare medical conditions often make strong cinematic fodder. Case in point, director Hugo Keijzer’s Prosopagnosia—a crime thriller about “face blindness.” The set-up is typical mystery fare—a man’s best friend dies and he suddenly finds himself to be the primary suspect. The twist is that he actually saw the “real” killer, but he’s unable to recognize him due to the titular condition. While that concept could potentially make you think “bad Law and Order episode,” the film is well-crafted enough to rise above its generic genre roots.

Prosopagnosia is a straight-up mystery thriller, and it’s completely unapologetic about that fact. So, if you’re in the mood for that sort of experience you won’t be disappointed. It’s tightly constructed, gorgeously shot, and well-crafted, bolstered by strong, emotive performances. Despite some elements that feel a bit tired (a cliché interrogation sequence, some overly-expository dialogue), the actual machinations of the mystery feel surprisingly fresh. For only a 14 minute film, the turns and twists are frequent…the pace brisk. I won’t call this high art, but I will venture to say it’s high entertainment—a thrilling mystery story predicated upon an intriguing premise. It’s the short film equivalent of a great beach-read. And, if it’s wrong to enjoy that sort of thing…well, frankly, I don’t want to be right. 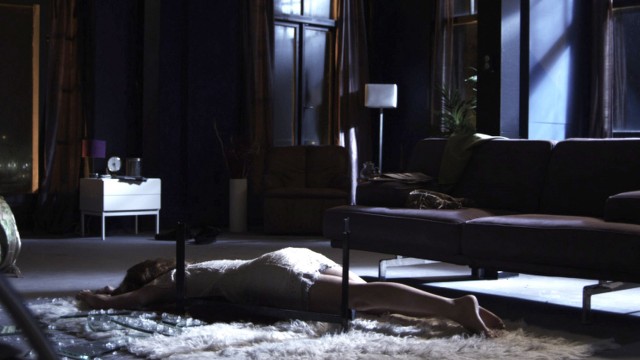 Director Keijzer became fascinated with this unique disorder when he saw a documentary about the illness on Dutch TV several years ago. Since then, he could never quite get it out of his head. Corresponding via e-mail he relates, “Because of my love for genre films I tried to find a way of telling this disorder through a conventional story of suspense and mystery.”

Largely, he succeeds. Prospagnosia might be a somewhat conventional genre exercise, but it’s an undeniably engrossing one—a clever whodunit with just enough realism and emotion to give the film a larger sense of stakes and resonance. It’s a delectable and dark little suspense puzzler.

Keijzer is currently developing a pilot for a tv series set in the notorious “Red Light” district in Amsterdam. To keep up with his work, be sure to check out his website and follow him on twitter.