Leonard moves through life in slow motion and learns how to adapt to this unusual circumstance while trying to find his place in the world.
READ REVIEW
Next Previous 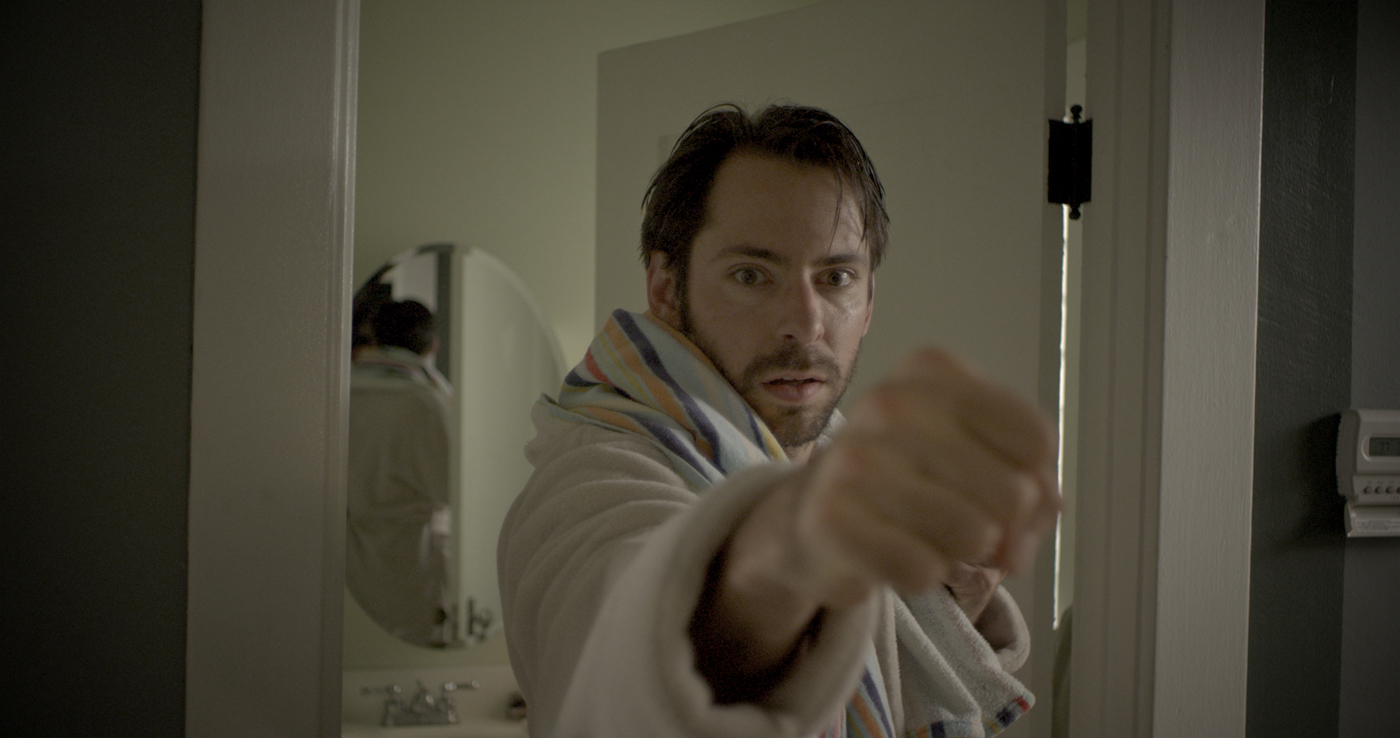 It’s hard to hide my excitement about Leonard in Slow Motion and not be too subjective about a film that embodies so much I look for in a short and reminded me why I fell in love with the format in the first place. What some may call a narrative that relies on one sole gimmick, I call a great, simple idea knowingly executed within an honest, funny story.

Leonard in Slow Motion features actor Martin Starr as the titular hero, who lives his life in slow motion while everyone else moves through the world at normal speed. Stuck in a dead-end office job and secretly in love with one of his co-workers, Leonard might find a way to get over his “condition”. But isn’t it much better to find the advantages of who you truly are and put them to ideal use?

Martin Starr cultivated his special brand of dead-pan delivery comedy among others on iconic TV shows Freaks and Geeks and Party Down, films like Adventureland and various collaborations with Judd Apatow, and currently stars in Mike Judge’s start-up comedy series Silicon Valley on HBO. One might be able to tell that I’m a big fan of his work, and the actor is a perfect choice for the part of the main protagonist who not so much fights against the odds around him than slowly adapts them to his own way of life. After filmmaker Peter Livolsi’s wife suggested Starr for the role of Leonard and the idea once clicked in his head, he couldn’t imagine anyone else. The rest of the cast, which includes some other better known faces, also fully delivers and adds comedic and emotional weight to the story.

The idea for the short originated when director Peter Livolsi was working on a commercial pitch in which “these super moms could slow time to prevent big messes their kids caused around the house”, talking to SOTW via e-mail, the filmmaker explained how this original concept, soon evolved into the film we see today: “We started researching the technique for achieving that [and] I realized that the opposite – a slow motion person living in a regular speed world – was more interesting to me. I then started asking myself questions about what this person’s life would entail and a story emerged.” The idea was executed by shooting each scene three times: “Once for Leonard in slow-mo, once for his counterparts, and then empty plates of each scene”. You can find behind-the-scenes photos from the shoot of Leonard in Slow Motion on it’s Facebook page. Peter Livolsi is currently working on his first feature film project based on a book “about friendship, punk, and Buckminster Fuller”.