The city at night, a couple alone. A scream from the woman, the smoke of the gun...
READ REVIEW
Next Previous 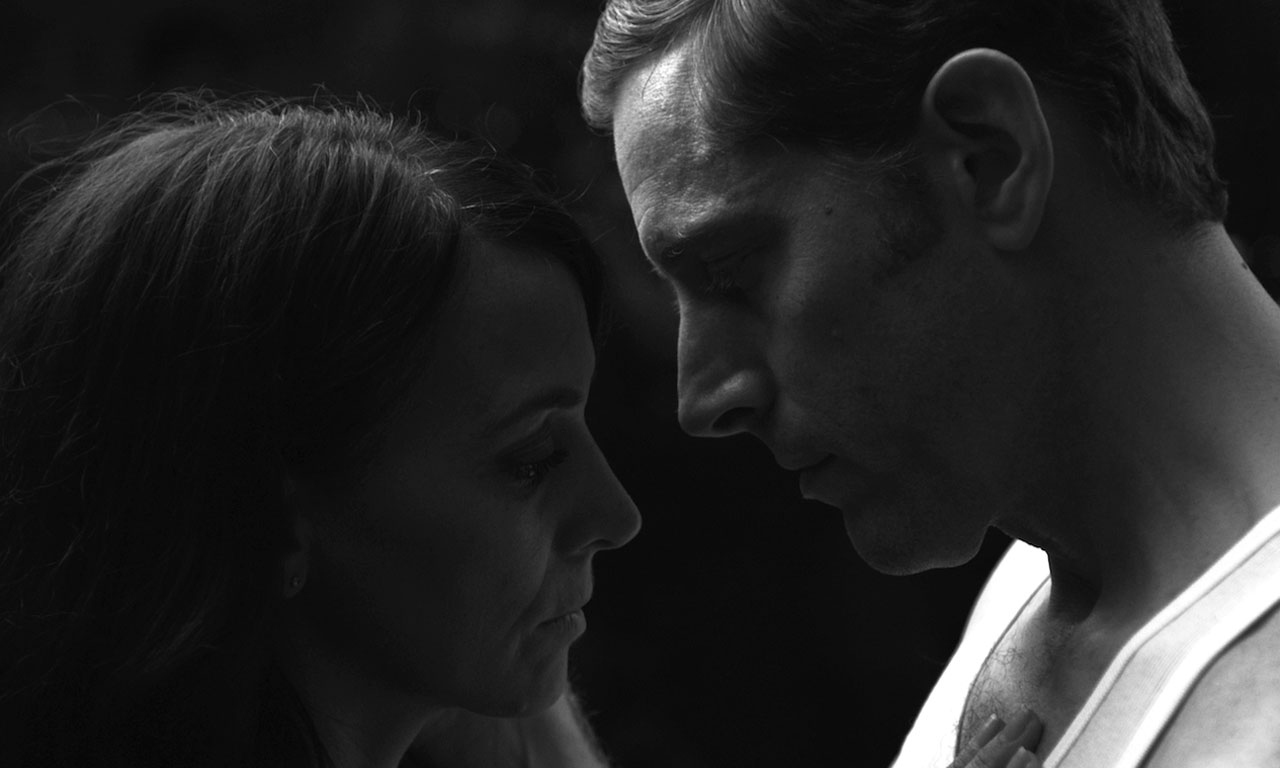 Selected in the top 10 of HBO’s Project Greenlight competition, Taylor Engel uses a clever narrative structure to put a fresh twist on a Noir-esque storyline with his rhythmic short The Pavement. Inspired to create a piece that plays to the advantages of the short film format, Engel’s revealing film toys with audiences expectations as his looping plot plays out a to an almost poetic beat.

Admitting to Short of the Week that the concept of his film was initially inspired by his desire to create a film with the structure we see in the final version of The Pavement, the director gave a lot of thought to what works best in short filmmaking. “I was thinking a lot about what separates a short film from a feature”, says Engel, “in my mind short films present a lot of narrative challenges but I wanted to somehow use those limitations to my advantage. I think creating a short film is really difficult because there’s always the question about how you make something work in such an odd amount of time. Are the best short films condensed versions of a feature? Short standalone scenes? My opinion has always been that the best short films are the ones that really play to the strengths of the format, so I wanted to try to find a story that worked best in 3 to 5 minutes. I also had this idea of starting at an almost microscope view and slowly zooming out to reveal a scene, and simultaneously I was imagining this rhythmic narration that was almost like a poem. Then it became an exploration of what exactly those details that we’re seeing are and how they change when viewed at different angles and speeds. My brother Blake and co-writer Christopher Connors really helped me to figure out what the story around those details was and how it all fit together”

“I wanted everything to feel minimal”

Shot in just 10-hours on the RED Epic by director of photography Spencer Goodall and presented in crisp black and white imagery, the director admits he was drawn to this visual approach because of the Noir-ish elements of The Pavement’s narrative and his desire for an aesthetic that focuses his viewers on the details of the storyline. “I wanted everything to feel minimal”, says Engel, “from the set design to the wardrobe to the narration – so taking out any saturation felt like another way to simplify. There’s also a technical reason – this short film had to be conceived, filmed, and edited in only one month, and I knew I would have to do all of the visual effects myself, so finishing everything in black and white would help me hide my sloppy VFX work and make compositing a little easier”

“Having edited for basically my entire life, for better or worse I tend to approach shoots in a way where I only shoot exactly what we need”

Watching The Pavement, it feels as if its success was largely determined by how well the short came together in the edit room. With such a specific structure and rhythm in mind, the director had to make sure his film flowed just right in the final cut. Admitting that structuring his film in post was “actually really easy because I felt like I had it cut in my head before we ever started shooting”, Engel credits his editing experience as helping to know exactly what to shoot whilst in production – “Having edited for basically my entire life, for better or worse I tend to approach shoots in a way where I only shoot exactly what we need. I rarely if ever shoot coverage if I don’t know exactly what it’s going to be used for and how it fits into the edit. So our shot list was basically just every shot in the film. Each shot was usually filmed at 3 or 4 different focal lengths with varying camera moves and speeds. The pacing was always something I had in mind during the writing process – where things would speed up, where they would slow down, how the soundscape would change for each section. So when it came time to edit, it was really just a matter of putting all of the pieces in their proper places. Of course there was some fine tuning, but in reality I only had 3 days to cut it so that I could spend a week and a half on sound design and visual effects”.

Currently working as a trailer editor and developing a feature with his brother Blake, Engel has also recently taken up photography as a way of improving his work as a filmmaker. “I never had the opportunity to go to film school”, he says, “everything for me has been self-taught, so at this point I’m just trying to do everything I can to improve myself in as many areas of filmmaking as possible” – sounds like a solid plan to us.