After a night with the girl of his dreams, Michael has a story to tell. And a favour to ask.
READ REVIEW
Next Previous 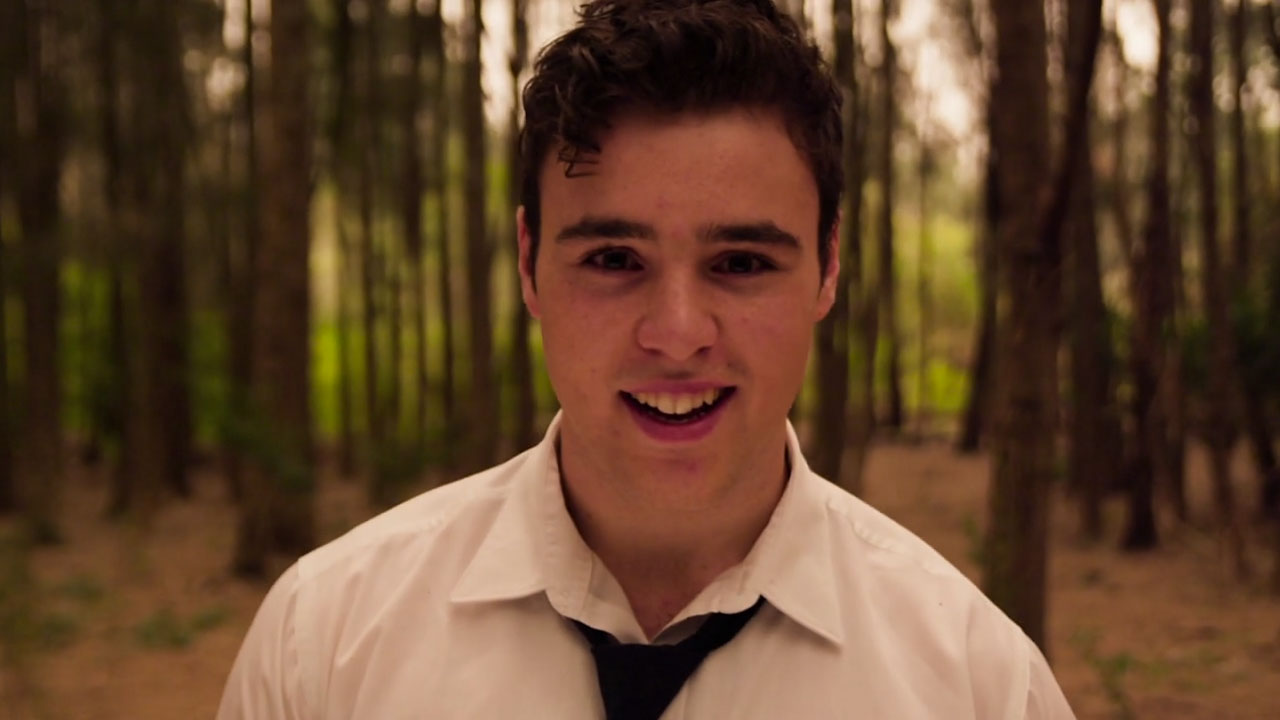 The latest short from The Voices Project, a collective with a focus on monologue writing, James Hartley and James Shepherd’s Twisted is a captivating and thrilling ride through the calculating mind of its young protagonist. Driven by a commanding performance from its young lead actor Claudio Trovato, who pretty much occupies the on-screen real estate for the film’s 15-minute running time, Twisted is a dark narrative based around themes of lust and hidden depths.

Written by Georgia Symons (a writer, director and producer for theatre, film, and radio), she originally came up with the concept for Twisted when becoming tired of the morbid conversation circulating at a writers’ studio with a central theme of ‘Death’. Instead deciding to focus on youth and the things she found interesting in adolescents, but still wanting to keep her story within the realms of the studio’s guidelines, she soon found herself building the narrative of a boy making up a really horrific story about a death in order to get some action. Tapping into those experiences most of us have with doing stupid things when besotted with someone, whilst Twisted pushes this scenario to some extreme places, it’s core motifs surrounding young love and the foolish things we do when captured in this hazy state means it is always a short that feels somewhat relatable – however fanciful it gets.

My favourite short to come out of The Voices Project so far, directorial duo Hartley and Shepherd support Symons’ enthralling narrative with some inventive storytelling moves of their own. Gliding through scenes with transitions so slick they deserve a second (and third) viewing and breaking the 4th wall with repeated ease, the creative pair employ some subtle filmmaking to ensure the focus is firmly on story and performance. And for me this is where the films really excels – it’s not often the online video world embraces a short the centres around performance and dialogue, but the thoughtful and somewhat playful filmmaking approach behind Twisted, coupled with the engaging performances and script, makes it a short you just can’t take your eyes off.