Winner of the Short Film Jury Prize for Animation at Sundance 2014. With the end of the world imminent, a man is hired to write the history of human existence.
READ REVIEW
Next Previous 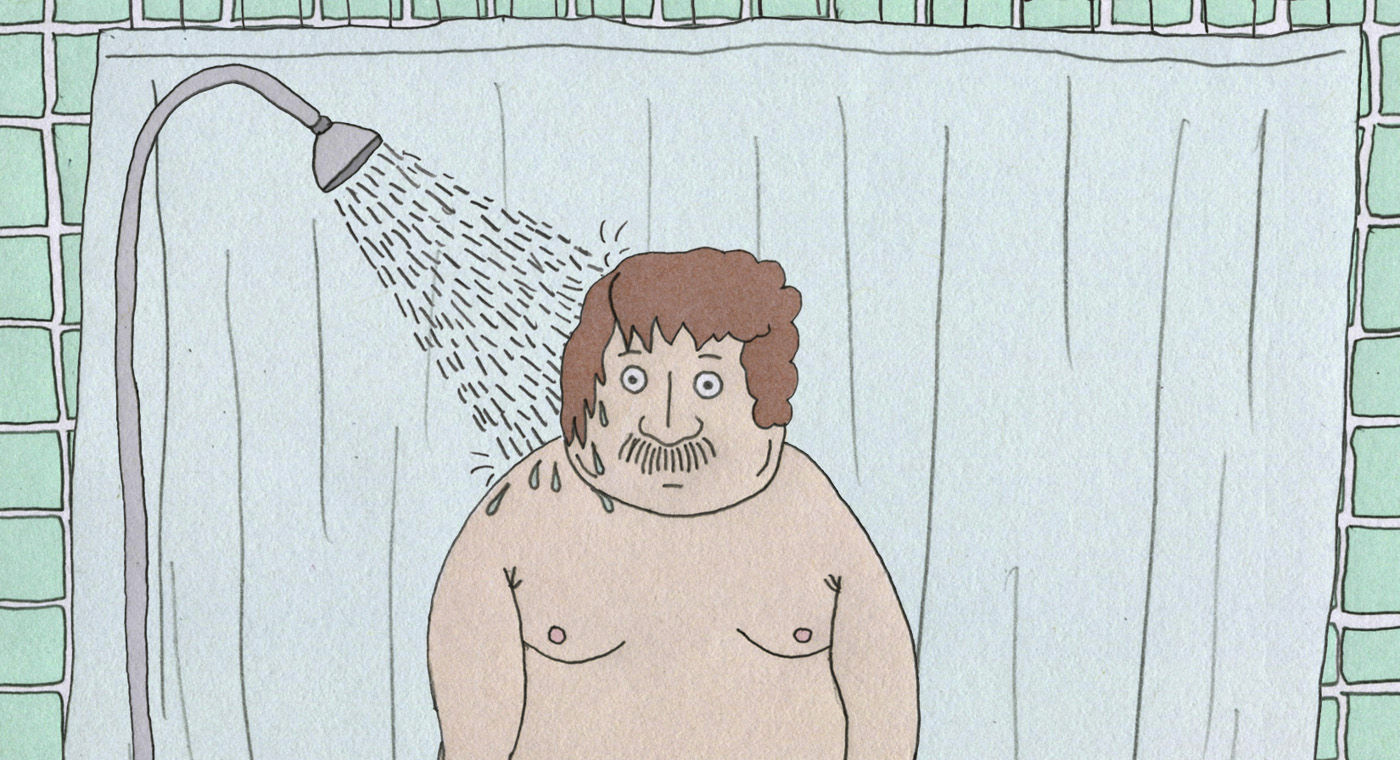 Just in time for the end of the year is a film perfect for the occasion. Yearbook also deals with an ending, but of a decidedly more dire kind than a number flipping over on the calendar. Director Bernardo Britto contemplates the ending of the world.

As is usually best when depicting world-shattering events, Britto’s film is insular, the script a narrated monologue (by Britto himself) detailing a single character’s evolving process of cataloguing the history of humanity. It’s a remarkable premise, and Britto thoughtfully explores it within the film’s short 5 minute runtime. The real twist? When the hard drive runs out of space.

In an interview with Filmmaker Magazine after being awarded a spot on this past summer’s 25 New Faces list, Britto describes the inspiration for the film as arising from his own artistic process and the realization that his work was unlikely to stand the test of time. It is a humbling thought for anyone, let alone an artist, yet ego plays a surprisingly small role in the film. The main character goes about his task with relative equanimity, grappling with the problem almost dispassionately. His detachment from his wife is the only marker of the secret he bears and its effect.

Britto’s dry delivery of the narration, and the character’s placid demeanor combine to undersell the strong emotional effect of the film however. When dealing with such a weighty topic there isn’t a need to cue the violins, the thoughtful carrying out of inquiry will arrive at a pretty devastating place. When our lonely cataloguer reaches his epiphany, we recognize where he’s ended up. We feel for him, we feel for ourselves, we feel for everyone we’ve ever loved.

The film was produced as a collaboration between two groups that are proving to be titans of the American short film scene, the Miami-based collective Borscht, and newish production company Calavera. The film was commissioned last year for Borscht’s annual film festival (tough luck kids, this year’s edition happened just two weeks ago), and went on to tremendous festival success, storming out of the gate with Sundance’s top animation prize. 2014 has been quite a year since for Britto, receiving the Filmmaker Magazine honor, a Rooftop Films Grant, and other securing other funding for his feature film debut, production of which should be starting shortly. If short film had a yearbook for 2014, Bernardo would get plenty of space.