At a country manor in Edwardian England, a parlor trick becomes a bewitching, as one of the guests gets his dark desire.
READ REVIEW
Next Previous 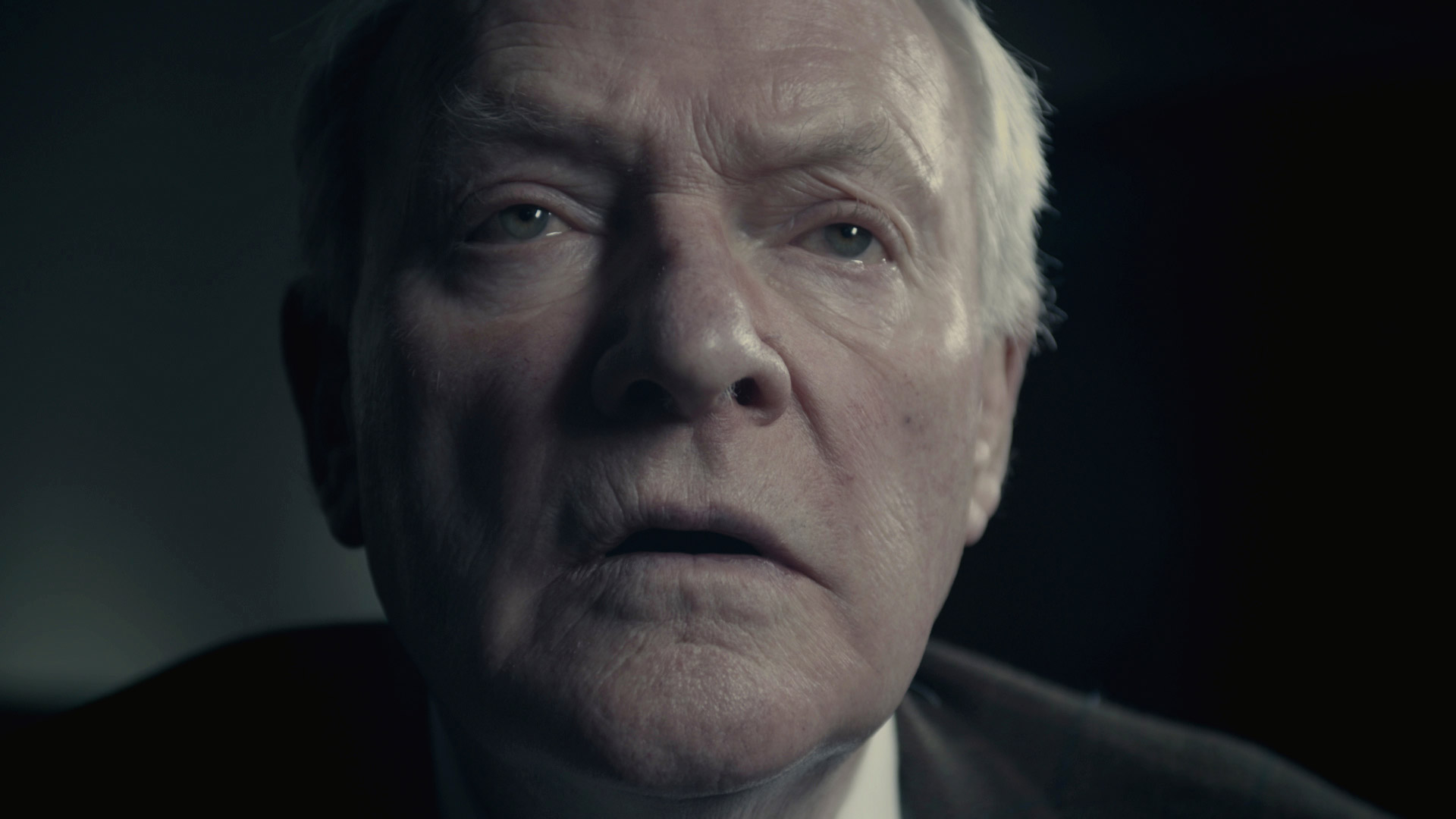 When it comes to cinematic scares, I’m a fan of suspense, not gore. So, while slashers or zombies aren’t really my thing, a film like Exit is—a creepy, subtle horror film that is more cerebral than outright shocking. It’s the kind of film that sticks with you, messing with your mind and keeping you from sleep when you’re alone on a cold night.

Based on an Edwardian short story of the same name by Harry Farjeon and adapted and directed for the screen by Daniel Zimbler, Exit keeps the viewer on edge with nothing but psychological tension and strong performances. There is no blood. There are no jump scares. In that sense, it feels like an old school Twilight Zone episode—as I watched I was practically waiting for the camera to whip pan and reveal Rod Serling taking a drag on a cigarette (that’s a compliment in case you were wondering).

The films starts slow but quickly escalates from the innocuous to the macabre. The transition from one to the other is seamless—it’s a suspense-supernatural-thriller that manages to sneak up on you. Combine this with the fact that the film takes place in one location with no major action beats, and it’s hard not to be impressed by a story that accomplishes so much with so little.

Of course, beyond Zimbler’s keen directorial sense, a lot of the film’s success is dependent on the performances. Exit really delivers in this department, featuring legendary actor Julian Glover (The Empire Strikes Back, The Last Crusade, Game of Throne, etc.). His delivery is sublime—creepy, but also surprisingly engaging. His performance is the glue that holds the relatively simple production together.

Director Zimbler first read the short story on which the film is based in middle school. He was haunted by it for years. But, by the time he realized he wanted to adapt it to the screen (while he was getting his MFA from Columbia), he couldn’t remember the title or the author. Fortunately, after weeks of searching, a friend managed to produce an old copy of the story. With the help of his producer, he contacted the Farjeon estate and received the rights to use the story. The film was shot on the Red One with a small crew on location at Layer Marney Tower in Colchester, UK. It premiered at Fantastic Fest and also played a few other high profile festivals, including Palm Springs Shortfest and Raindance. Now, it finally makes its online premiere with Short of the Week, where it can cast its bewitching spell on viewers from all over the world. So, on this year’s mischief night, curl up in a dark room and let this eerie, macabre tale suck you in. To keep up to date with director Daniel Zimbler’s work, visit his website. Also, be sure to look out for his upcoming webseries, Understudies, a comedy set backstage on Broadway in the lead up to opening night of the hotly anticipated show, Twilight at Tiffany’s. The series stars Richard Kind (Spin City, Gotham), David Rasche (Veep, Bored to Death), Tony-winner Elizabeth Ashley, and many more. It will be released later this holiday season
Filmmaker Website Understudies Web Series
LIKE TWEET